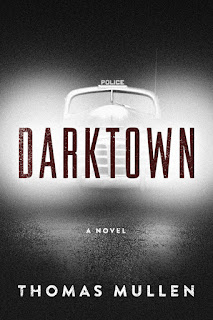 Atlanta, the Deep South, in 1948. The war changed a lot of things, but the immediate postwar world, in the U.S., was in many ways a turning back of the clock. Women in the workplace, like black guys in uniform, were wartime adjustments. The unions had been bottled up, part of the war effort, and there was no reason to let a bunch of Jews and Reds wave the Hammer-and-Sickle. Jim Crow was both custom and law, and things were gonna be the way they were before, when people knew their place. And if they forgot themselves, there were the night-riders, the Klan. Not that good people subscribe to violence, but when every Christian value is threatened with contamination, where can you turn?

All right. The obvious irony, first, that we're talking about white values. And secondly, was it in fact that bad, in the South, for black people? Well, yes. All you have to do is ask. It's a time in living memory. Equally obviously, not just in the South, either. But in a town like Atlanta, it was institutional. This is the world of Thomas Mullen's novels Darktown and Lightning Men, a world of tensions and temperament, accommodations and anxiety. A place of comforting convention and uncomfortable energies.

Some of you probably know I have a weakness for this time period, the late 1940's, and I've written a series of noir stories that take place back then. The stories involve the people and events of the time and place, and usually touch on some cultural or political ferment, the Red Scare, the mob takeover of the waterfront, running guns to Ireland or Palestine. One in particular, "Slipknot," takes a sidelong glance at race, in the context of fixing the book on a high-stakes pool game. The principals are two historical figures, rival gangsters Owney Madden, owner of the Cotton Club, and Bumpy Johnson, boss of the Harlem numbers. I have no idea whether these guys actually butted heads, back in the day, but it felt right to put them at odds. It was a way of sharpening the racial edge, to make it personal, an open grievance. And neither of them what you might call black-and-white, but equal parts charm and menace.

This is true of Thomas Mullen's books. They're about the color bar, in large degree, but one thing they're not is black-and-white. There are good people, and bad, and mostly in between, just like it is. Darktown is maybe the more traditional as a thriller, with its echoes of True Confessions, and Lightning Men less about a single criminal act than it is about a climate of violence, but both books are effectively novels of manners. You might be put in mind of Lehane or Walter Mosley, but I think the presiding godfather of the books is Chester Himes. Mullen is the more supple writer by far - which isn't to disrespect Himes, but let's be honest, he's working the same groove as Jim Thompson, it's lurid and it's unapologetically pulp - and Mullen's characters are round, not flat (E.M. Forster's usage). All the same, there's something about the weight these people carry, their mileage, their moral and physical exhaustion. This is material Himes took ownership of, and Mullen inhabits it like the weather, We all get wet in the same rain.

Don't mistake me. These books aren't dour. We're not talking Theodore Dreiser. Mullen's writing is lively and exact. He's sometimes very funny. He's got balance, he's light on his feet. And he does a nice thing with voice. The books are told with multiple POV, shifting between five or six major characters, black and white, male and female. You always know who it is, because the narrative voice rings true. The situation is lived-in. You feel your way into its physicality, and you can take the emotional temperature. You don't hang up on it, thinking, that's not a genuine black person speaking, or that's not white.

I realize I've been talking about theme, for the most part, and not giving you the flavor. Here's a cop in a bar.

He lifted the glass, nothing but three sad memories of larger ice cubes. "I'll take another."
When Feckless returned the full glass, it rested atop an envelope. Smith looked up at Feck, who peeled the triangle away and revealed cash stuffed inside.
That there was a lot of money, Smith saw. "I don't do that," he said, looking Feck in the eye.
"Pass it on to Malcolm, then. He could use it."
"He'd be very grateful. But you can give it to him yourself." Smith stood and walked away, leaving the full glass behind him as well, and wondering what lay at the end of the road he hadn't chosen.

Not that he isn't tempted. That's the underlying tension, the spine. What lies at the end of the road you don't take? What lies at the end of the road you do? Personal character - moral character, integrity - is about what you do when the going gets tough, not when it's easy, how you behave when you don't want to disappoint yourself. It's self-respect. It's not Jiminy Cricket, or concern for appearances. This is the engine that drives everyone in the books, whether toward good ends or bad. If you've got nothing to live with but your own shame, you've got nothing left to fight for. 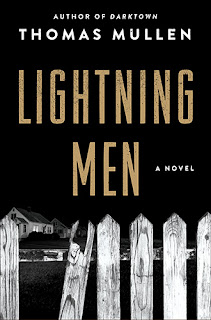 The Atlanta Child Murders and My First Mystery

I've been reading mystery fiction since I was a kid. I remember reading Nancy Drew at night with a flashlight the summer I was ten years old.  I started writing mystery fiction in 2001, first with a novel I didn't finish, then with a novel I did finish, and then with short stories, where I've had a nice amount of success.
But my first foray into the mystery writing world came long before that. When I was a kid, my mom and I always watched Good Morning America during breakfast. And in 1980 and 1981, we saw a lot of reports on the Atlanta Child Murders.

If you don't remember or know about this tragic story, here's the nutshell: Between 1979 and 1981, more than two dozen black children and teens, as well as six adults, were found slain in Atlanta. The killer was eventually caught, tried, and convicted, but before that, Good Morning America was all over that story. Each time another child was found dead, it surprised me, because with each death came more media coverage. Surely, I thought, the kids down there know to be on alert. They wouldn't go off with a stranger, especially now, given that a murderer was on the loose.

With hindsight, I realize that not everyone--particularly kids--watched the news as I did. But back then, as an eleven or twelve year old, I didn't realize that kids in the danger zone might be ignorant of that danger. So I tried to figure out how the victims could know of the danger and still end up in the clutches of the murderer. And I came up with a solution.

I blamed it on the mayoral candidates.

Around that same time, Atlanta was in the middle of a mayoral election campaign. This news was also reported on Good Morning America. And I thought, the murdered kids would know not to go off with a stranger, so the person abducting and killing them must be someone known to them, someone trustworthy. But who could be known to all of them? Being a kid who watched a lot of news, I figured it must be one of the candidates running for mayor. (Yes, I know, those poor children in Atlanta were probably not following the local mayoral race as avidly as I was--if at all--but back then, that idea hadn't occurred to me.)

I wrote an essay laying out my theory, and I showed it to my sister (who was then in college). She thought my idea was ridiculous. And in retrospect, it certainly had flaws. Indeed the man ultimately caught and convicted of killing two of the adults (and to whom many of the other murders were attributed) was not one of the mayoral candidates. But as a kid, I really thought I had something there.

If I were an adult when this was going on, I might have turned my idea into a novel. Doesn't the idea simply scream Thriller? (Indeed, several books and movies resulted from the Atlanta Child Murders.) But back then, I just had my essay. And I'm still proud of it. It was an interesting take on a horrific situation, as well as a hint of my future career writing about murder and mysteries.

So, writers, what was the first thing that prompted you to start thinking about mysteries and murders--solving them or writing about them? And did you write the first story that came to you?
Posted by Barb Goffman at 00:00 17 comments