by John Floyd
Offhand, I can't think of many words that have more different meanings than "draft" does. Drafts can refer to breezes, horses, beer, checks, athletics, military service, depth of water, and--yes--preliminary versions of a piece of writing. In other words, you can feel them, harness them, drink them, sign them, get caught by them . . . or write them.

I write a lot of drafts. Mine are usually short, since I write mostly short stories, and the first is often longer than the second, the second longer than the third, and so forth. (I tend to overwrite a bit.) I should mention, too, that my first draft is usually terrible. That doesn't bother me--nobody but me is going to see it anyway--and I think it's better to get as much as possible down on paper than to leave something important out.

I also like to write a first draft all the way through, without stopping to do a lot of analysis on the way. I've never been one of those people who "edit as they go." I don't even pay much attention to punctuation or spelling or grammar in those first drafts. They truly are rough.

A writer friend of mine insists that she doesn't have to deal with drafts--and not because she keeps the windows closed. She just makes every page as perfect as it can possibly be before going on to the next. Her reason for doing that is simple, she says: when she's written the final page of her book or story, she's finished; no corrections or subsequent drafts are needed. The reason I don't do that is simple, too: I might later decide to change something in the plot, or add another character, or take one out, or change the POV. If that happens, and if I've already tried to polish the first scenes and pages to a high gloss, that means I'll have to go back and re-edit what I've already edited. I'm not super-efficient and I'm sure not smart, but I'm smart enough not to want to do the same job twice. Besides, getting the whole thing down on paper, start to finish, gives me a warm and comfortable feeling about the project. It makes it something I know I can handle.

Writing a first draft all the way to the end in one swoop isn't as hard as it sounds, because I'm one of those writers who likes to map the story out mentally before I ever start putting words on paper. I think about the plot for a long time beforehand. Again, that doesn't keep me from later making changes, but it does allow me to have a blueprint to follow when I start writing, and having that structure in mind gives me--as I said--a sense of security. You might not do that or need that, but I do. Different strokes. (By the way, if you outline on paper and if your outline is long enough, sometimes that IS your first draft.)

I occasionally don't even have names finalized when I do a first draft. My hero/heroine might be H, my villain might be V, the hero's best friend might be BF. These are just place-holders, so I can come back later and fill in the names. Same thing goes for locations or situations that will require detailed research, or scenes that need a lot of description--I don't spend the time to do that in first drafts. I'm more concerned about plot points and the flow of the story. (Not that it matters, but I've found it's fairly easy for me to write beginnings and endings. It's the middles that are hard. Maybe that's why I write shorts instead of novels.) 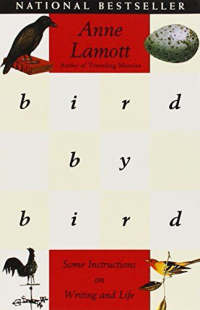 Anne Lamott said, in her book Bird by Bird, ". . . The first draft is the down draft--you just get it down. The second draft is the up draft--you fix it up. You try to say what you have to say more accurately. And the third draft is the dental draft, where you check every tooth, to see if it's loose or cramped or decayed or even, God help us, healthy." She also said, "Almost all good writing begins with terrible first efforts."

Readers have often asked me how many drafts I write, of a short story, The answer is, it varies. It also depends on how you define "draft." If you go through a work-in-progress and change only one sentence, is that new version another draft? As for me, I don't usually do many extensive re-writes, but I do go back through the manuscript a few times after a third- or fourth-draft polishing and see if there's anything more that needs correcting or fine-tuning. But, as all writers know, you don't want to go over it too much. When you can read through what you've done several times and not find anything glaring, you're probably finished. If you persist too long, you'll get to the point where changes might make things worse instead of better.

How about you? Are you a draft-dodger, and just edit everything as you go? Or do you rehearse and shoot several takes before you print the film? If so, how many drafts does that usually involve? How do you decide how many drafts is too many? How detailed is your first draft? Do you ever outline beforehand, either mentally or on paper? Do you ever write the ending first?