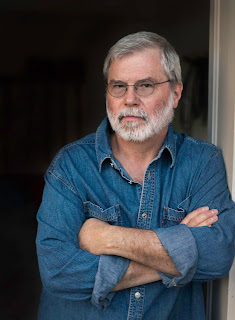 When Eve Fisher wrote “I’m so relieved to hear that I’m not the only one with 50 versions of the same damn story on my hard drive” in her response to Bob Mangeot’s SleuthSayers post “Don’t Make Me Turn This Car Around,” I spit my drink across the room. Then I reread Bob’s post and realized I’d missed his mention of having “75 versions” of a story on his hard drive.

Clearly, Bob, Eve, and writers like them live in a different universe than I do. I only ever have a single draft of a story—the current draft, which, when I finish fussing with it, becomes the final draft.

I’ve found that keeping multiple versions of a story encourages me to look backward while I’m working—How did I handle the second scene in version three? Was the dialog in the fifth scene more pithy in version twelve? Why did I insert so many exclamation points in version twenty-seven?—when what I should do, and what I try to do, is constantly look forward.

Perhaps part of the reason I don’t keep multiple versions of stories is that I never actually have multiple versions. I write and edit as I go so that my first complete draft is my final or near-final draft. Often all that’s required at that point is a serious, in-depth proofreading.

Not all writers work as I do. Some pound their way through a draft, dumping everything into it as they go. Then they create a second draft, rearranging scenes, rethinking their characters’ motivations, revising so many bits and pieces that the second draft may actually be a different story. Then they do the same again for a third draft.

Okay, I lied. There are two exceptions to my having only one version of a story:

2) When I receive a copyedited ms. from an editor, I maintain my original version until we’ve completed the editing process and the story’s been published. Then I delete my version and retain only the published version.

DO YOU FEEL A DRAFT?

So, one-and-done or multiple versions? Is one method better than the other?

Whether you’re a one-and-done writer or a 75-versions writer, the end result is likely the same: a publishable story.

And that’s what we’re all striving for.

Posted by Michael Bracken at 01:00