A long time ago, back when video stores were kind of a cool new thing, I was whooping it up at the Toronto Press club with some eminently more famous Toronto newspaper columnists and reporters. One of them, Scottish he was, asked me this:

"Tell me lass. You have a syndicated humour column, you've written comedy, you've had over two dozen short stories published… So why aren't you writing a novel?" 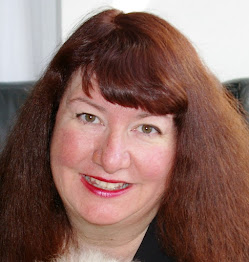 After much deliberation, my exceedingly clever answer was: "Because they might want me to write another one?"

No, really. Even then, even in my not-quite-Cleopatra salad days (thanks for that, Mr. Shakespeare) I knew that writing a novel would be a rat-poop load of work. It wasn't that I was allergic to work. I had honed the art of writing 650-800 words every week and making them passably funny. And believe me, that was a challenge after the first 100 columns. But writing 80,000 words on one subject? Especially when you had to make the whole thing up?

That was 1995, twenty-five years ago, they try to tell me (but I'm not buying it.) Since then, I've written 17 novels and a pile more short stories. And let me tell you.

Writing is WORK. Holy poop, it is work. It is a freaking black hole of work and time and bloodletting. Time suck, soul suck, give your life over to the keyboard for MONTHS.

Sure, I love the finished product. Love it 'when a plan comes together' (guess that reference.) But having done this so many times, I can't kid myself that it's going to be easy.

I've heard other authors say they can't wait to sit down to write the first page of a new novel. That they get so excited when they start something new.

That isn't me. After 17 books, I know what's coming. Months and months of hunkering over the keyboard, doubting myself, loving, then hating my characters (Jesus Murphy, WHY is she such a whiny nincompoop?) Finding the Black Moment. BECOMING the black moment.

Working-class Muse, quite possibly from Jersey, the wrong side: "Listen, sister. Sit your fat bippie down and get a move-on. These things don't write themselves."

Me: "But it's so HARD." (slurping puddle of scotch sideways from desktop)

Muse: "You think THIS is hard? Remember before you were published? Remember all those rejections letters from publishers? We insulated the walls of of the cottage with them."

Me (sniveling): "Too bad the place caught fire."

Muse: "Maybe if you hadn't written BURN IN HELL on all of them…"

At about this time in the ritual, W-C Muse says the magic motivating words: "Sit up sister. YOU GOT A CONTRACT."

Me: "Oh right. Friggin hell. Move over. And pass the scotch."

I'm at that stage right now. Staring the page in the face, knowing I have to start book 2 in a new series, thinking I'd rather jump out this picture window into the lake below (even though I'm 4 stories up and about 50 feet from shore. So it would be quite a leap.)

Anybody else like this? Anyone else dread starting the new project because it means another dive into that black hole that is writing?

I started life as a columnist, so I know I should end on a positive note. Wrap up these six hundred words with smart repartee, and sage advice for the novice. So here goes.

Writing is Hard. But it's my life.

Melodie Campbell whines about writing from the shores of Lake Ontario. Her 16th book, The Italian Cure, came out this year at about the same time covid did. Hell of a start for a poor book, even a trashy romantic comedy. Available at all the usual suspects. www.melodiecampbell.com 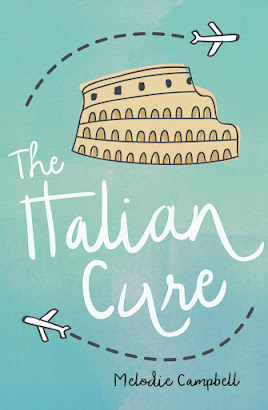