by Eve Fisher
I had another blog all written out for this week, about the death of George Floyd, the ongoing protests, peaceful and those that morphed into riots, the government's reaction, etc. And it was pretty good. But other people have said it better.


In fact, I summed up pretty much all I had to say about protests and powerlessness in an earlier blog, which you can read here: https://www.sleuthsayers.org/2014/12/absolute-powerlessness.html


So instead, I want to talk about roadkill.


We've all seen it, every day. Some of it's so old it's easy to ignore - just a stain on the road. Deer carcasses last longer. It used to be that either the person who hit the deer would take it home and eat it, or the knacker man would come by and pick up dead carcasses, but now they lie there and rot for a long time. Deer and possums, skunks and raccoons, cats and dogs, squirrels, snakes and turtles.

Of course, some animals are very hard to avoid. Squirrels, as most of us know, are adrenaline junkies if not downright suicidal. They race back and forth across the road, and sometimes, just as you think you've managed to avoid the damn thing, it races back right under your wheels. I've killed a few squirrels in my day.


And we've all seen deer leaping across a road at night, in some frenzied attempt to get somewhere. When we moved up to South Dakota, back in 1990, we naively asked why we needed auto collision insurance, forgetting that young guns get drunk and drive fast everywhere. And old farmers: well, there you are, doing the legal limit of 55, and instead of waiting for you to zoom by, they pull out in front of you doing 20. I've stood on my brakes many a time. Anyway, we were told that up to 50% of all collisions in SD were with deer. Sort of like with moose up in Alaska, Maine, etc.

So far, I've been lucky and haven't hit a deer. But I do have a friend who hit a cow, at night, at a speed that caused the cow to ride up the car hood, through the windshield, and partly on him. He ended up with long lines of stitches on his face that would gain him street-cred in prison if he ever had to go there. Whenever anyone asked him about it, he'd always growl, "Yeah, but you should see the cow."


Meanwhile, I always wonder about the cats and dogs and other smaller mammals. Accidents or on purpose? You'd have to have been there, I guess.


But I know about turtles. That's on purpose. You can always miss a turtle. They do not - I repeat - do not move quickly. I've been behind too many trucks and seen them deliberately swerve in order to hit the turtle.


A 1996 study done in Ontario, Canada, noted that a lot of reptiles were killed where vehicles usually don't drive, i.e., the side of the road, the median strip - in other words, it was done on purpose. So in 2007, they set up a research study using reptile decoys of snakes and turtles. The found that 2.7% of drivers intentionally hit they decoys, "speeding up and positioning their vehicles to hit them". And (sadly) male drivers did this more often than female drivers. "On a more compassionate note, 3.4% of male drivers and 3% of female drivers stopped to rescue the reptile decoys." (Wikipedia)


BTW, I'm one of the drivers who stop to pick up turtles and move them out of the way. They have a tendency to express their gratitude all over my feet, but hey, that's the way it goes. If an alien ever picks me up and carries me across a road, I'll probably be expressing fluid gratitude myself.


In most Native American cultures, turtles represent "healing, wisdom, spirituality, health, safety, longevity, protection, and fertility. Some Native Americans believe that the turtle contributed to creation because the turtle dove into the primeval waters to retrieve mud to create Mother Earth. Additionally, the shell of the turtle represents protection and perseverance... Lakóta mothers make a leather amulet shaped like a kéya (Lakóta for turtle) for their newborn babies. Within, they place their child’s umbilical cord and sew them closed for protection. The amulet keeps the child grounded and connected to its mother and Uncí Maká [Mother Earth]." (Native Hope)

Why would someone deliberately swerve to hit a turtle? Smash its back, leave it splayed out and broken and bloody and drive on? I don't understand it, but I know why they do it:

Maybe we need a new question on job applications:

There are a lot of scavengers in the world - coyotes, jackals, vultures, maggots, blowflies - that come out of nowhere and grab and loot whatever they can. And in times of protests and riots, they get all the attention, because - and this is just the brutal truth - in this country (and many others) property gets a whole lot more respect than people, especially the poor or minorities. "When the looting starts, the shooting starts" was said in 1967 by Miami Police Chief Walter Headley, in 1968 by presidential candidate George Corley Wallace at a campaign rally, and a few days ago by President Donald Trump. Meanwhile, not a lot is said about the systematic looting of our money and property by corporations and the wealthy through tax breaks, tax shelters, special rules, deregulation, and the highly under-reported and frequently used eminent domain (for dams, condos, fracking, pipelines, border walls, shopping malls, golf courses, etc.) See: Wikipedia and also see 7 Maddening Examples.


Scavengers - of all kinds - aren't good.

But you know something? Scavengers only show up after the killers have done their work. "Wherever there is a carcass, there the vultures will gather." (Matthew 24:28) 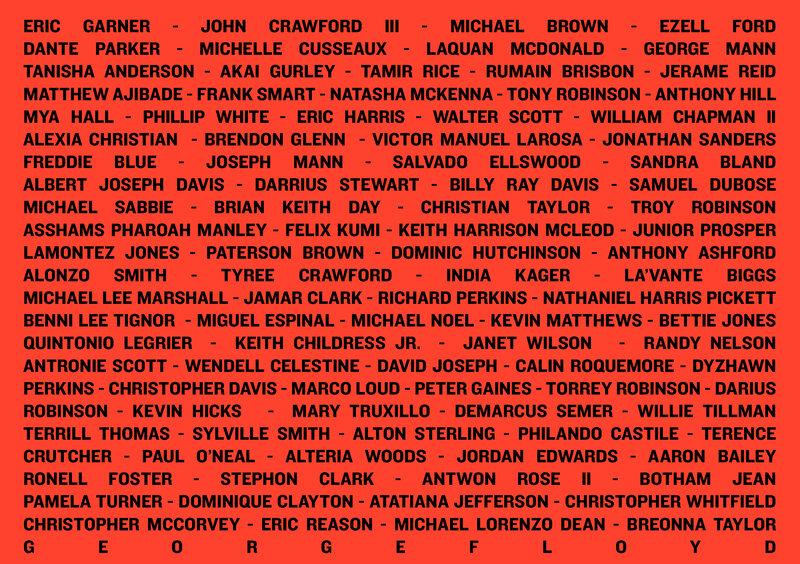