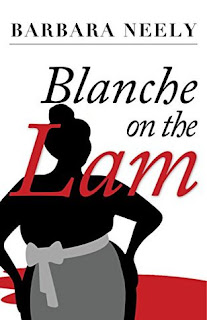 Barbara Neely died in March 2020 and after reading the New York Times obituary, I ordered up a kindle version of  Blanche on the Lam, her first mystery novel. It featured Blanche White, a freelance domestic worker, adoptive mom, snoop, and freethinker, and it was published in 1976, the very same year that my Anna Peters debuted in The Big Payoff.

That opening sounds like the start of some shameless self-promotion, but it's not. I mention it because both Blanche and Anna represented something new in the genre, women of the working class. Women sleuths had been around for quite some time, but most of them were well-connected and well-educated. It was one of my irritations with characters like the otherwise admirable Kate Faissler (Amanda Cross) was that she was prone to pick up the phone and dial up help of one sort or another.

Even Miss Marple, who does have the excuse of advanced age, was very fond of delegating the leg work, while Harriet Vane (Dorothy Sayers), who was much more active, still had that invaluable resource Lord Peter Whimsey at her beck and call.

Characters like Anna (underpaid secretary and occasional blackmailer) and Blanche (cook/ housekeeper) were without much backup. They couldn't ring up the chief constable or a top lawyer. They didn't have lines into the local police force or wealthy protectors or tame journalists. No, indeed. If they wanted information they had to get it themselves and pay for it one way or the other. 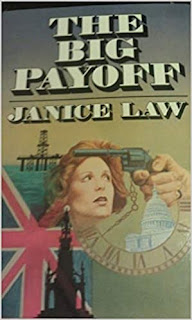 They were followed six years later by two famous, rather better-educated-and-connected women detectives, Sara Paretsky's V. I. Warshawski and Sue Grafton's Kinsey Millhone. Their literary descendants have been legion!

Naturally, these characters were all more striking at their debut. Both Anna and Blanche had a healthy skepticism when it came to rank and power, whether it involved rich white homeowners in the Jim Crow South or industrial titans in the oil industry. Blanche, in particular, has a lot to say about race and class, about expectations and patterns of behavior, much of it pungently expressed.

But what struck me, coming to the book years after its publication when there are a few more minority mystery writers and more varied sleuths of all types, was how cleverly Neely reversed the conventions, particularly the conventions of the classic British mystery novel, which relies heavily on the patterns and expectations of the class structure, and of deference from what used to be called 'the lower orders'.

First, the matter of backup and resources. Law enforcement is clearly not on Blanche's side, not as a matter of social order and also because she is on the lam after a bounced check. Clearly, she can't take off work to research her employer's dodgy husband or travel to Atlanta to suss out some details of their marriage. Instead, she employs the network of underpaid domestics, gardeners and chauffeurs in the black community, along with Miz Minnie, the local wise woman.  They know a great deal.

Instead of being faithful Bunters à la the Lord Peter stories, these silent but all seeing, all hearing, servants know the score and at least suspect where the bodies, literal and figurative, might be buried. They are a huge help to Blanche.

Even more important is her own attitude. She is a good cook and a conscientious worker, but she keeps a resolutely independent mind, fearful of succumbing, as she is kind-hearted, to what she calls the dreaded "Darkies' Disease" of identifying too closely with her employers' troubles and needs. The charming, mildly handicapped Munsfield  presents a problem in this respect, but Blanche keeps her balance. It doesn't hurt her emotional restraint that the rest of the household are horrid and possibly homicidal.

Blanche sees herself as an independent contractor before the term arose out of the gig economy, and from her perspective, she runs whatever household employs her. Her specialty is little acts of defiance and enjoyment, and one of the things that make her a complex and enjoyable character is the way she approaches the fine line between clear-eyed perspective and mild self-delusion.

A character of high intelligence, courage and integrity she is employed in often complex but usually much undervalued work. She is a domestic worker by preference, despite its drawbacks, because she sees it as a way to remain independent. And, of course, even if few other writers have chosen their sleuths from downstairs, Blanche has a view of the ground floor of crime.
Posted by Janice Law at 00:00