Homicide Stays With You

Homicide is a permanent assignment, as final as death. You can move on to other work – in or out of law enforcement – but you will always be a homicide detective with a different view of life. You remember the bodies, the blood, the carnage, the guy-retching feeling when you arrive at a murder scene. You remember the victims more than you remember the killers because you connect with the victim if you're any good at detective work. You become their avenging angel. You are responsible for getting the person who did this.

Family members grieve and others are shocked but you have work to do. Homicide is forever.

It is personal. I always brushed the hand of each victim at their autopsy. Let them know someone was there, someone who would catch who did this to them.

I'll share some pictures now of the men and women who I worked with at the Jefferson Parish Sheriff's Office Homicide Division in the late 1970s and early 1980s. 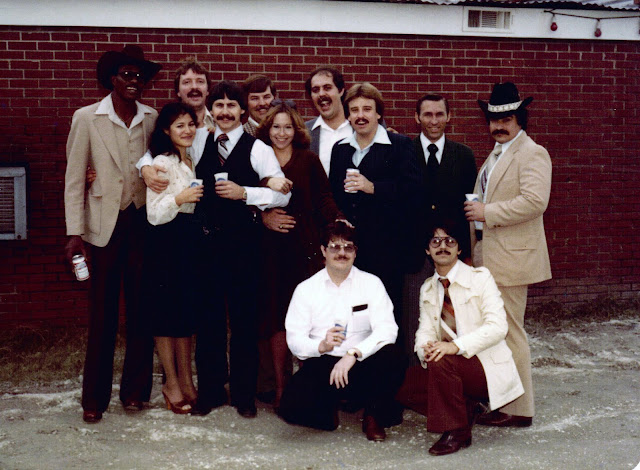 My first Homicide partner Marco Nuzzolillo on my left and our sergeant Bob Masson on my right. Marco taught me so much. He was the best detective I've ever known. Bob Masson was the best supervisor I ever worked for. We were a team. A couple Italian-Americans and a white boy. No, we never shot anyone, never beat up anyone. We killed a lot of ball point pens. Good writing brought good convictions. 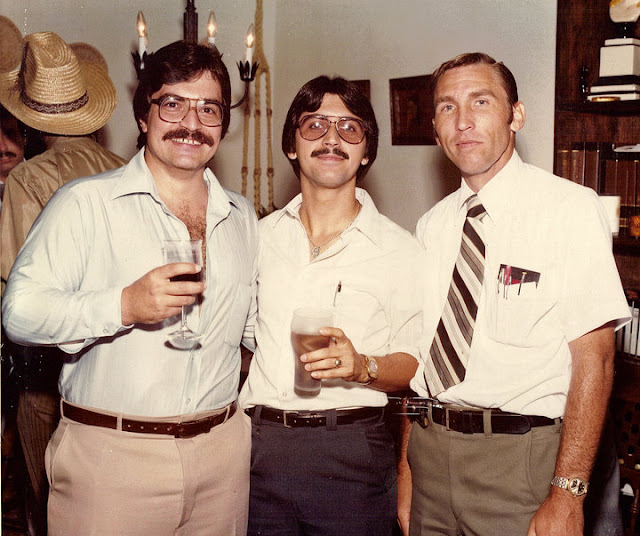 At Barry Wood's wedding:
Left to right: Curtis Snow, me, Pat Rooney, Barry Wood, Steve Buras
In front: Russell "Hollywood" Hidding who was in love with his hair. 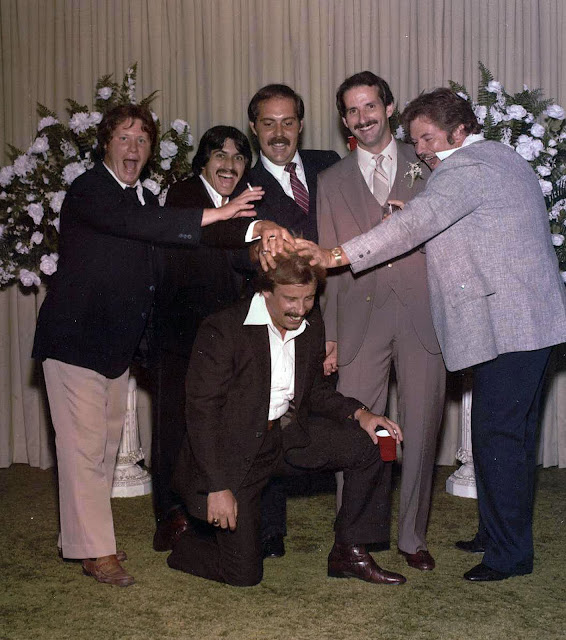 Detective Barry Wood and me during the canvass of the Shoe Town Murder, Jefferson Highway, Metairie, Louisiana, 1981. This extensive canvass produced a witness with information which led us to the murderers. I fictionalized this case in my novel NEW ORLEANS HOMICIDE. I moved it into the city because who wants to read about Metairie. 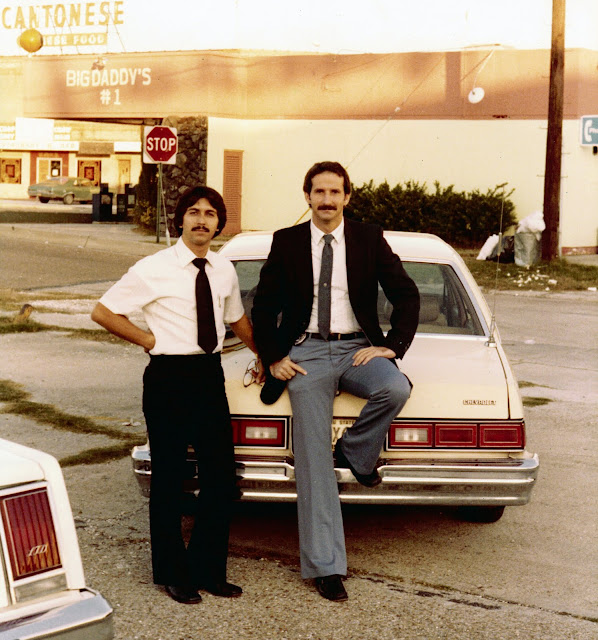 My father was a homicide detective.

On the left, O'Neil P. De Noux, Sr., at the crime scene of the Maguerite Kitchen Murder, Gretna, Louisiana, 1967. Other detectives pictured: Arthur Theode in the background, Sam Chirchirillo, Eli Lyons. My father caught the killer. 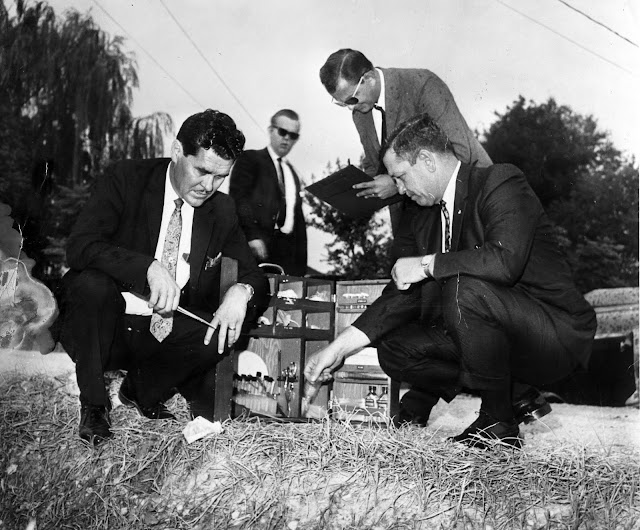 My father bending over with a speed graphic camera as he photographed a murder scene when he was a CID Agent with the US Army in South Korea, 1954. He solved that case as well. 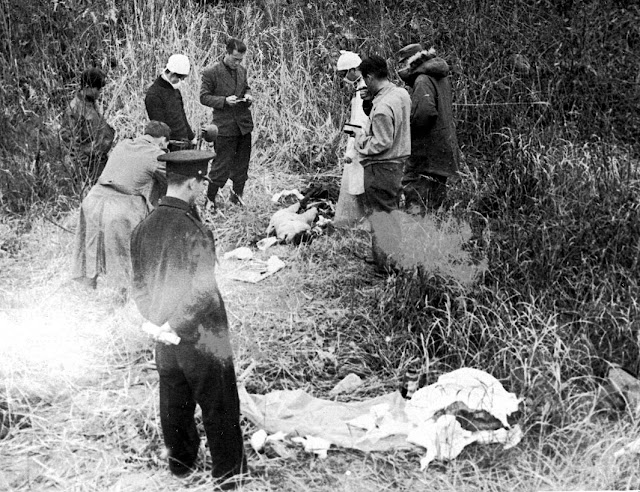 Homicide stays with you. It doesn't haunt. It just reminds you of past evils and the way we faced them.

My youth is gone now. My health declining with age. I have had some success as a writer – not a lot.

But nothing can take away what we did those long nights and days when there was so much blood and guys like me and my partners chased down murderers. There is so much junk in this world, so much pain but damn, it's good to be alive.