The End is Near


by Michael Bracken
As I write this, 2020 is only a few days away. As you read this, it likely is only a matter of hours. Tomorrow will be about looking forward, and Robert Lopresti will share prognostications from our fellow SleuthSayers. Today, though, is about looking backward.

I’ve had an unusual year, for several reasons, and following is my year-end wrap-up. 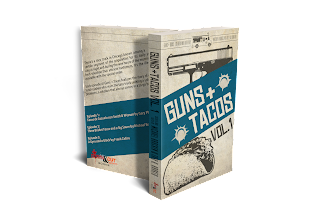 I collaborated on stories with four writers this year, saw one collaboration published (“Gracie Saves the World,” written with Sandra Murphy, was published in Maxim Jakubowski’s The Book of Extraordinary Historical Mystery Stories [Mango Publishing]) and had three more accepted. Two stories are making the rounds, and two more are still in progress.

I also collaborated as an editor. Trey R. Barker and I co-created and co-edited the Guns + Tacos serial novella anthology series, saw the first six episodes released as ebooks, one each month for the last six months of 2019, and the novellas will be collected in a pair of paperbacks scheduled for release in early 2020. Trey and I are currently editing six novellas for the second season, due out the last half of 2020. 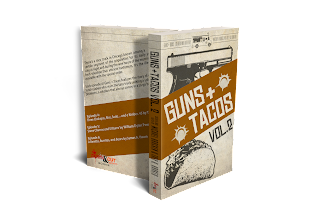 And Gary Phillips and I began work on an anthology scheduled for publication in spring of 2021.

Following a trend that began a few years ago, my output again dropped. I completed only 14 stories (including the collaborations), down from 19 last year, and that was down from 32 the year before, a huge drop from 56 in 2016.

Four stories were written in response to invitations. The rest were written for open-call anthologies, for markets where I’ve previously placed stories, or for no particular market at all.

I had 22 stories published. One was fantasy, one science fiction, six erotica, and the rest various subgenres of crime fiction. Seven (including all six erotica stories) were reprints; the rest were originals.

My story “Itsy Bitsy Spider,” first published in Tough, was recognized as one of the “Other Distinguished Mystery Stories of 2018” in The Best American Mystery Stories 2019.

I received 13 rejections this year, and any year in which acceptances outnumber rejections is a good year.

One of the reasons I’ve written less the past two years may be my involvement with various editorial projects. 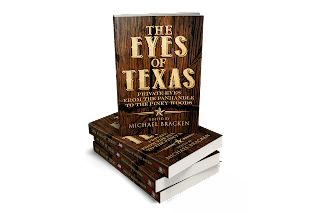 The Eyes of Texas: Private Eyes from the Panhandle to the Piney Woods was released by Down & Out Books just in time for Bouchercon, and the first season of Guns + Tacos was released the last six months of the year.

Edited this year (mostly) and scheduled for 2020 publication: Mickey Finn: 21st Century Noir and the second season of Guns + Tacos.

Begun this year and scheduled for 2021 release: Mickey Finn: 21st Century Noir 2 and an anthology I’m co-editing with Gary Phillips.

Additionally, as mentioned above, I joined Black Cat Mystery Magazine as co-editor.

I ended my review of 2018 with a note that “2019 will be the year I just roll with it. I’ll try to take advantage of every opportunity that comes my way and see what happens.”

That worked out well, so I’m going to approach 2020 the same way. A year from now I’ll let you know how it worked out.
Posted by Michael Bracken at 00:00