Get Thee Away, Thesaurus!

How many times have you heard it? All of us write too much.

Alas, this doesn't mean we write too often. It means we write too many words. Certainly in our first drafts, and sometimes in later drafts as well--and one of the ways to make those drafts readable is to cut some of the words out.

Coco Chanel once said, "Before you leave the house, look in the mirror and remove one accessory." Probably good advice--and overwriting is worse than overdressing. Before your story or novel manuscript leaves the house, you need to look at it and remove a lot of accessories.

The trick, of course, is to know what to take out and what to leave in.

Here's something else you've probably heard. We write (and speak) too many BIG words. 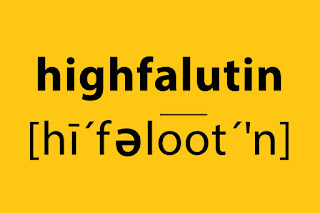 Police spokesmen do the big-word thing a lot. I heard the following on our local TV news the other night: "The two motorists exited their vehicles, at which point the first individual discharged his weapon, the other individual responded with gunfire, and both sustained fatal wounds." In other words, they got out of their cars and shot each other dead. I wish they'd just say that and get it over with.

No matter how much you'd enjoy showing off your wide vocabulary, and no matter how proud your
mother would be if you did, here are some words (not all of them big) that you probably shouldn't overuse. Especially in dialogue.

The same goes for phrases, if you like shortcuts.

This kind of thing isn't a huge wordsaver, but it can help streamline your manuscript. 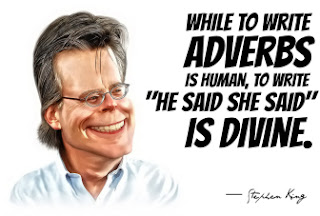 It's impossible to talk about "writing tight" without including a few words about dialogue attribution. I'm not rabid enough to say you should never use anything but "said" as a speech tag, but I do think it works better than all the others. Now and then, usually when judging fiction contests or reading first-timers' manuscripts, I come across something like "he vociferated," or "she retorted," or "he expostulated." Don't do that. If you do, you'll have the reader thinking about the writing, and the writer, instead of about the story, and you'll have your submission coming back to you in next week's email. Or tomorrow's.

Unless you occasionally want to have a character moan, or call, or blurt, or shout (all of which work fine, in moderation), just use "said" or "asked." They're both transparent words, and the reader's eye will skip right over them--and that's what you want. The accompanying dialogue, if done correctly, will usually tell the reader how the words are spoken. If you write, "The back yard's on fire," she said, the reader's smart enough to know it probably wasn't whispered.

On the subject of dialogue, it should sound the way people really talk. Or at least reasonably so. I was watching an old western on TV the other night, and a ranch hand shouted to his pardners (I kid you not), "Come quickly!" The Grammar Sheriff would be pleased, but I'd bet the house and farm that nobody in the Old West, except maybe a schoolmarm, ever used the word quickly, especially when things are happening quickly. To be convincing, he shoud've said (the screenwriter should've written), "Come quick!"

Here's another no-brainer: Don't use a lot of corporate buzzwords in ordinary speech or writing. For a while, when I was with IBM, every meeting I went to included words like synergy and paradigm and empowerment. Those tedious, eye-rolling words are seldom heard now, and good riddance. 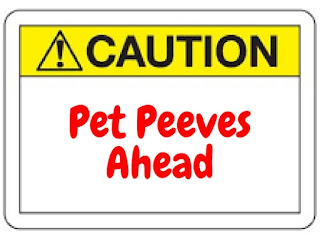 This is getting away from the main topic, but here are a few words and phrases (some spoken, some written) that I've come to dislike:

No problem -- Almost every waiter/waitress says this, when I thank him/her for something. I know there's no problem. How about "You're welcome"?

Amazing -- The most popular, and misused, adjective in the free world. If you introduce someone as "my amazing boyfriend" and you're not Lois Lane, you should stop doing that.

All about -- A guy on TV the other night said he's all about the environment. And a political candidate awhile back said she's all about law enforcement. Good grief.

Alright -- Writing "alright" is not all right. It's two words. I've been told this gives English teachers a mild fit.

Everyday -- Same deal. Unless it's used as an adjective, it's two separate words.

Awesome -- I know it's here to stay, but Jeez Louise. The Diamond Head crater is awesome. Your favorite restaurant, not so much.

Stunning video -- How many times have you heard news anchors use this term to entice viewers? I've found that they're usually half right: it's video.

Reach out to -- Am I the only one tired of this cliche? Unless your character is in quicksand, substitute "call" or "email" or just "contact."

Give 110% -- Ballplayers and actors and salesmen cannot give 110%, no matter how many times their coach or director or boss asks them to.

I could care less -- Enough said.

You know -- I'm finally, you know, almost finished, and I'm glad you hung in there, you know, to the end.

What's your feeling, about this whole tight-writing business? What about realistic dialogue? Do you have any pet peeves, with word usage? Is it fairly easy for you to weed out the chaff when you're rewriting? How about everyday speech? Do you find yourself using bigger words than you should? Is your thesaurus still on your desk, or in a Jurassic Park paddock with the other -sauruses (-sauri)?

Have a great Christmas.