by DoolinDalton
First off, Happy Boxing Day to all who practice it!

And speaking of the day originally set aside by our friends across The Pond in the U.K. for "The Help" to get to open their own presents (sort of a poor-person-in-service's bargain rate Christmas-the-day-after-the-actual-event), did anyone else grow up thinking it was weird to look at a calendar to see that Canada set aside a day to celebrate boxing?

Stay with me, here.


When I was a kid, the calendar–and this was that thing we hung on a wall and consulted, not an app that came with our phone chock full of pop-up alarms/reminders and with plenty of room in it for personalization so we could add even more new reminders about stuff only we personally need to be reminded about–read "Boxing Day (Canada)." No mention of the United Kingdom, or any of the other dominions of the British Empire anywhere in evidence on said calendar entry. So I naturally assumed that the people who made the calendar knew something I didn't: that Canadians set aside a day to celebrate the Sweet Science.

Now, bear in mind that I was about six at the time. Which kind of explains my thinking, "Huh, I'd expect them to have 'Hockey Day' before 'Boxing Day.' I guess boxing is way more popular in Canada than I thought." I would revisit this notion several months later, during the Summer Olympics. I was truly perplexed that it seemed as if every good boxer was either Cuban, American, or Russian. Not a Canadian in the bunch.

And I was once again puzzled at the popularity of boxing in a country which didn't field very impressive athletes in that sport. This was in 1972, so it was several years before the likes such PR efforts as the "Jamaican Bob-Sledding Team" became a thing.

It was only years later that I came to understand that Boxing Day was a cultural remnant passed on to our cousins to the north by the British. The same British, of course, also settled the original thirteen American colonies. And yet for some reason the tradition of "Boxing Day," widely considered to date back well into the 17th century, just never caught on here, south of the 49th parallel. 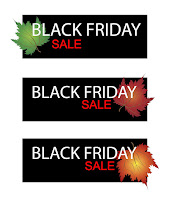 And nowadays I'm given to understand that (in Canada, at least), Boxing Day is very much like our American tradition of Black Friday. Can't help but wonder whether internet commerce hasn't played Hell with that tradition up in Canada the way it has here in the States. Due to Black Friday deals shifting online, nowadays we have whole stores that go untrampled, with zero fights erupting over the last "This Year's Must-Have Item" at your local Nordstrom Rack, and any number national retail brands no longer bothering to dragoon all of their available sales forces to go in to work at around 10 P.M. on Thanksgiving Night, in preparation for the busiest shopping day of the year.

But regardless, Canada (and the rest of the dominions of the British Empire, for that matter), you do you. 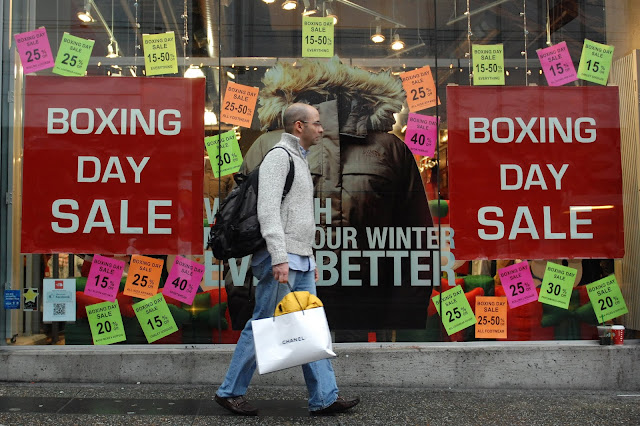 While I'm at it, a quick shout out to those who celebrate Kwanzaa, which also starts today, and runs through New Years' Day. A relatively recent addition to the interfaith midwinter holiday tradition, Kwanzaa nevertheless has a lot to recommend it, and I am a fan of the intentions behind the holiday: to highlight the contributions of members of the "African Diaspora" to the societies throughout the Americas where they and their ancestors were brought as slaves, and to which they and their descendants will continue to contribute as citizens. 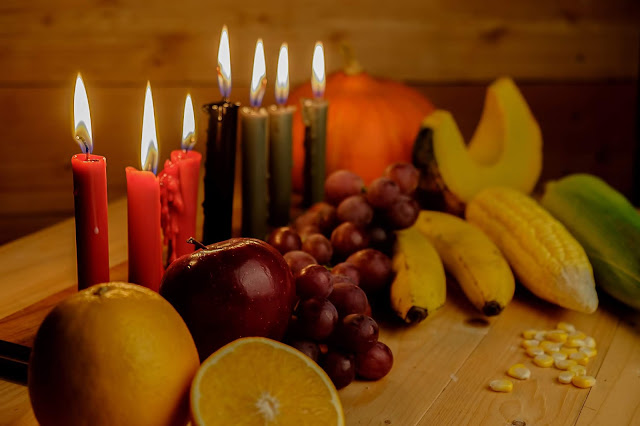 The seven principles Kwanzaa celebrates are Unity, Self-Determination, Collective Work and Responsibility, Cooperative Economics, Purpose, Creativity and Faith. For my money, these are all worth celebrating, and tying that celebration in to African traditions and their cultural echoes in our ever-diversifying culture? Also definitely worthwhile. 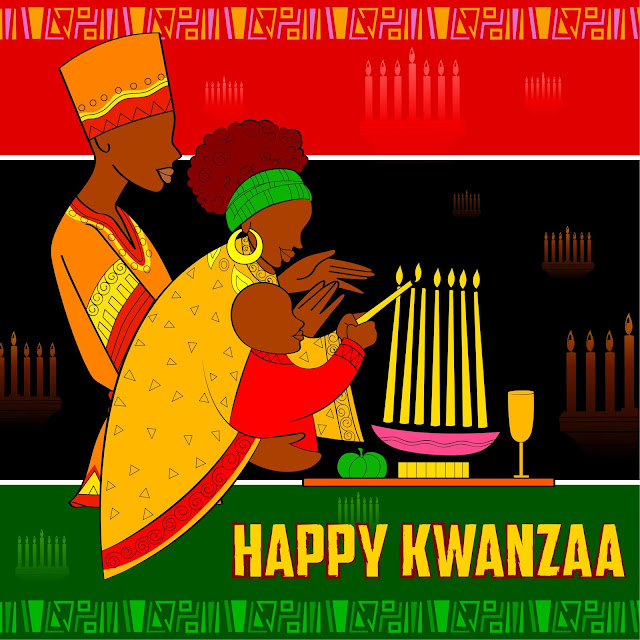 See you in two weeks!
Posted by DoolinDalton at 01:03