Measuring Success as a Writer 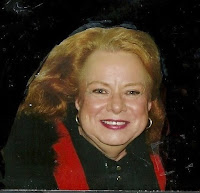 This is how I feel today, not how I look. First, much appreciation to the staff at Lexington Hospital, especially the Critical Care Unit. They took excellent care of me, always with smiles and patience. Special shout-out to Megan and Jeanna who devoted hours to removing the clotted blood from my hair instead of shaving my head.

As always, I am grateful for my sons and grandson for their never- ending attention and love, both at the hospital and now that I'm home. Thanks to all of you for your FB messages, phone calls, and visits. Now, what happened?

I stepped out onto the elevated rear porch/deck to enjoy a bit of sunshine. The next thing I knew I was lying face-down at the foot of the steps, unable to rise and gushing blood from both front and back of my head. My son found me. I don't remember the fall, but the evidence includes massive black bruises and contusions covering my body from broken toe to the sixteen stitches in my head as well as several cracked ribs.

My family and I have tried to figure out what caused the fall. There was nothing on the deck to cause me to trip. One suggestion was that I was trying to twirk and tweeked instead. Ridiculous! I'm too old for twirking. (But I bet I could if I tried though.)

Second idea was that I thought I could fly, but I gave up adult beverages years ago.

We finally figured out that I was abducted from the deck by little gray men with big eyes who whisked me up to their space craft. They treated me well, but when they tried to return me to the deck, they missed, causing me to fall down the steps.

That's my story, and I'm sticking to it.

Recovery from that fall resulted in depression. When my neurosurgeon told me the way to live long was, "Don't fall," I laughed. After being told that I almost bled out and that I coded twice in the hospital, I spent too much time realizing that no one lives forever and I'm growing older every day. (Imagine that!) He's the same doctor who once greeted me, "Hello, Fran, I've got good news for you: We've both lived too long to die young." I pondered the significance of my life.

While I still wallowed, a FB message arrived in May inviting me to be interviewed on SCETV (South Carolina Educational Television) by Dr. Stephanie Frazier, VP of Education, SCETV, for Teacher Appreciation Week. I hadn't seen Stephanie since I taught her fifth grade at Bradley Elementary School, Columbia, SC, thirty years ago. I was honored that she named me "favorite educator."

The interview was fun and lifted my spirits. Stephanie said that among other things, she learned to "write well and present with confidence" from me. She reminded me of the monologue I wrote for her to audition for the middle school drama program in our district. Although my magazine features had been published before, "Modern Shakespeare," written specifically for Stephanie led to my first published book: Familiar Faces & Curious Characters, a collection of monologues for intermediate students.

What does all of the above have to do with my success as a writer? Please keep reading. We'll get there.

As some of you know, I've been reading Len Levinson's books recently. Stephanie made me think of Levinson's words in his My So-Called Literary Career:

It all began in 1946 when I was 11, Fifth Grade, John Hannigan Grammar School, New Bedford, Massachusetts. A teacher named Miss Ribeiro asked students to write essays of our choosing. Some kids wrote about baking cookies with mommy, fishing excursions to Cuttyhunk with dad, or bus to Boston to watch the Red Sox play the Yankees at Fenway Park, etc.

But my mommy died when I was four, and dear old Dad never took me anywhere. So Little Lenny Levinson penned a science fiction epic about an imaginary trip to the planet Pluto, probably influenced by Buck Rogers, perhaps expressing subliminal desires to escape my somewhat Dickensian childhood.

As I wrote, the classroom seemed to vanish. I sat at the control panel of a sleek, silver space ship hurtling past suns, moons and blazing constellations. While writing, I experienced something I can only describe today as an out-of-body, ecstatic hallucination, evidently the pure joy of self-expression.
I returned to earth, handed in the essay, and expected the usual decent grade. A few days
later Miss Ribeiro praised me in front of the class and read the essay aloud, first time I'd been singled out for excellence. Maybe I'll be
a writer when I grow up, I thought.

As time passed, it seemed an impractical choice. Everyone said I’d starve to death. I decided to prepare for a realistic career, but couldn’t determine exactly what it was.


Levinson took that realistic career path until he was thirty-five years old and decided to become a full-time author. He went on to have major publishers release eighty-six novels, mostly in the high adventure category, about cops, cowboys, soldiers, spies, cab drivers, race car drivers, or ordinary individuals seeking justice in an unjust world. The photo caption explains how his books provide me with what I need as I continue the physical therapy, medications, and life-style changes for the heart attack that put me at the foot of the stairs.

I could talk about Levinson's work indefinitely, but the point today is not really about Len, nor about me and Stephanie. It's about Miss Ribeiro. Would any of those almost a hundred books exist today if Miss Ribeiro had not planted that writer's seedling with her praise for Little Lenny? We never know what influence our spoken words may have on someone. What are writings except spoken words on paper (or, in today's world, an electronic device)?

If you're ever a little depressed by a rejection letter or the size of a royalty check, measure your writing success the way I measure mine. As writers, we appreciate fan letters. "I love Callie" is always good for me to hear, but one of the best came from a lady in Tokyo who wrote me that after that horrific tsunami in 2011, during which she lost relatives, one of my Callie Parrish books was the first thing to make her smile and laugh again.

Success as a writer? It doesn't get any better than that! My measure of success is determined by this question: Have I written anything that has made a difference in a person's life, even if it's only that my words entertained the reader when that person needed the friends that books can be?