A Guide in a Strange Land 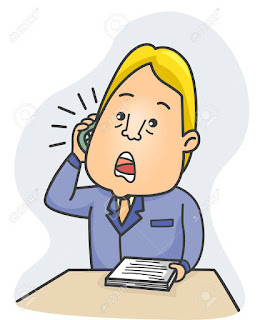 That's what a good agent can be. And if you don't believe publishing is a strange land, you probably haven't been wandering around in it very long.

I'll start this discussion with four questions and answers:

1. What kind of writing do I do more than any other?
Short stories.

3. Has my agent sold any short stories for me?
Yes.

4. Do most short-story writers need an agent?
No.

Number four doesn't make sense, right? If an agent can help you market your short stories, why shouldn't you try to find one to represent you?

The answer has two parts: First, very few agents (including my own) specialize in short stories. There's not a lot of money to be made writing shorts--and 15% of not a lot is even less. Second, most short-story writers can easily find and approach story publishers (magazines, anthologies, etc.) on their own. There's no need for a middleman.

Getting there from a different direction

So why do I have an agent? That's pretty simple. I acquired an agent to try to market my novels. I've written three novels, two of which are out with my agent now; I think they're pretty good and he does too--but they haven't sold. I suspect that's more my fault than his, but that's another matter. Meanwhile, my current novel agent wound up selling some of my short stories to places that I would've had trouble finding and approaching, and that's been a good thing--but, again, I wouldn't have had those stories represented at all if I hadn't already had that agent for my novels.

Bottom line is, I've wound up making some money for my agent from my shorts, and he's wound up making some for me--but I have a feeling those short-story successes wouldn't have been enough to entice him to take me on as a client. We already had a relationship, he saw some potential places to send my stories that I didn't know about, and as a result I've sold stories that helped both of us (me more than him). 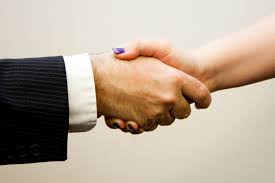 I've actually had three agents in the 25 years I've been writing. The first was one of those rare folks who DID represent mostly short-story writers. I found out about him from a fellow writer back in the late '90s, queried the agent, got a response that he'd like to see some of my work, and he eventually signed me on. Over the next several years he sold some stories for me and I learned a LOT from him--about writing, editing, and publishing--so I considered our relationship a positive experience all the way around. He was an elderly gentleman and died in 1999, and I then inherited agent #2 because he had been the junior partner of agent #1.

That second agent I kept for a few years, but he made it clear that he specialized in novels only. He helped me to make my first novel better and was truly excited about it, but alas, it never sold and we eventually parted company. I'm the one who asked to end our relationship, but I also suspect he wasn't sorry to see me go. After a certain point we both knew we were probably wasting each other's time.

My third and present agent was also suggested to me via another writer, several years ago. This agent too represents mostly novels, and despite his enthusiasm for the two novels I have with him now, both of us know my passion is short stories. Like many of my writer friends, I tend to write more shorts than anything else, and like a very few of my writer friends (R.T. Lawton is one) I write almost ONLY shorts. I simply love 'em.

So, you might be asking yourself, are those few short story sales that my agent handles enough for me to want to stay on at that agency, and for him to want to keep me on? Until recently, yes, that was enough, for me and for him--and then something else happened, early this year, to make me even happier that I'm still under his tent. I was contacted by a producer in L.A. who had seen one of my published stories and was interested in optioning it for film. I referred him immediately to my agent, who handled all the negotiations--some of them complicated--and we finally signed the contracts in June. He was so helpful I will always be confident that I received a much better deal by not trying to handle everything on my own. He didn't find the project, but he efficiently steered the ship on my behalf once the project presented itself. 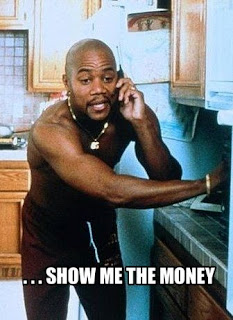 As you can see from all the above, I'm not the best person to try to discuss whether most writers should seek out literary agents. I've seen only one end of things, from the POV of a short-story writer and a so-far-unsuccessful novel writer. Do any of you other shorts writers have agents? For those of you who write novels, what's your opinion? Must you have an agent to get the best deal? Should you try to secure an agent before ever looking for a publisher? Should you forget the whole traditional-publishing thing and self-publish via Amazon? Have any of you used an agent to option stories or novels for film? Does anyone out there have an agent who deals only in shorts? Bermudas? Boxers?

I welcome all your comments and insights. And whether you choose to comment or not, keep writing, keep submitting, and keep publishing, whatever route you take to get there.

See you again in one week.