by Stephen Ross
It's January, so it's a good time for me to reflect on the things I watched last year on television (TV shows, movies). And just a reminder, the best chocolate in the box for 2017 was Breaking Bad (which I finally got around to bingeing, after everyone else on the planet). Needless to say, there were a few Bertie Bott's farm-dirt flavored chocolates in 2018's box, and they were duly spat out. So, on to the good ones: 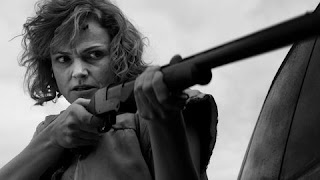 I watched a handful more episodes of Black Mirror and its self-contained tales of technological terror, and it's still as great as ever. If you don't know this show, it's like the Twilight Zone, if Rod Serling had been British, on serious narcotics, and obsessed with messing with your head. Best episode in 2018: "Metalhead" — because it was taunt and tight, gave no ducks, and was in black and white (because at the end of the world there will be no color left). 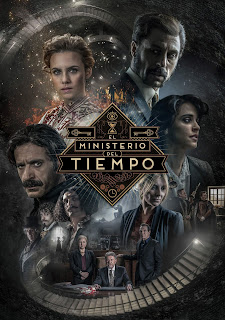 El Ministerio del Tiemo (The Ministry of Time). I like history, and I like science fiction. This show (3 series, 34 episodes) came out of Spain and put the two together. The premise of the show is that the Spanish government has a top secret division that has the facility to travel back in time; and their job is to put things right when historical events go astray, e.g., Salvador Dali painting a cell phone, the Spanish Armada actually defeating the English, Alfred Hitchcock getting kidnapped at the premiere of Vertigo. The show has a lot of humor; there's even a reference to the US having its own facility to travel in time: The Americans call it a "Time Tunnel." (Time Tunnel was one of my favorite TV shows when I was a kid.) 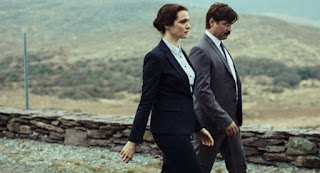 The Lobster. I like weird movies. And they don't come much bat-shit weirder than this one. If I told you the premise of this movie, you'd think I was nuts. Watching it, at times, reminded me of the first time I saw David Lynch's Eraserhead. Stars Colin Farrell & Rachel Weisz. Filmed in Ireland. 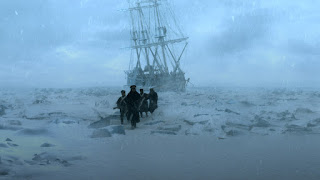 The Terror (1 season, 10 episodes). History mixes well with many genres, and here it's thrown into the icebox of the Arctic Circle along with horror. In the mid 19th Century, two ships, one of them called The Terror, set out from England to find (and chart) the Northwest Passage in the icy waters between the Pacific and Atlantic Oceans. The two ships, and their crews, were never seen again. All completely true. This show (based on a doorstop-sized novel) speculates (fictionally) on what happened to them. And it isn't pretty. I read a review someplace of this show that described it as "beautiful and horrific." Yep. This was without doubt the best thing I watched last year. Great cast, good script, fantastic design, music, and photography. And very scary... Terror? Oh, yeah.
Peppermint Crème 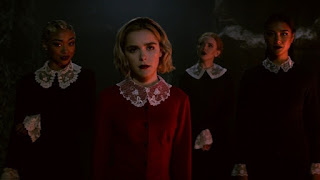 The Chilling Adventures of Sabrina (first season) also had some nice writing, a great cast, and great art design (60s retro cool). It's about witches, if you didn't know. A friend of mine described it as Harry Potter dipped in acid and silly putty. If you're of the Christian persuasion (and don't have a robust sense of humor), this show might not be for you.

And happy watching in 2019! I hear there's a TV adaption of Catch-22 on the horizon (a favorite book of mine from my youth).

instagram.com/__stephenross/
Posted by Stephen Ross at 00:01