Good in the Hood

Back in July, I wrote a post about Fred Rogers, and you know what? I'm still thinking about the guy. I spend a lot of time in Mr. Rogers' neighborhood, you see. So much so, that a part of me wishes I could become a permanent resident. Since you're visiting this blog, there's a good chance you feel the same way. 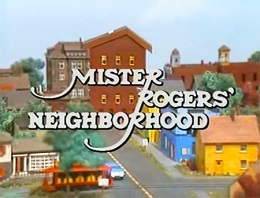 I'm also not talking about that electric train set-looking 'hood with the Matchbox cars from the opening credits of Mr. Rogers' show. Though I must say, I wouldn't mind living there, too. It looks so peaceful. You can't imagine a carjacking there. Partially because it looks like it was hit by a cute little Matchbox neutron bomb. There are buildings and cars and even a moving trolley, but there aren't any people. Which is a big plus in my book. Just look at the headlines. Who's causing all the trouble? People, man. And the occasional wombat. But mostly people.

No, the place I've been checking out with my realtor is the realm of good King Friday: the Neighborhood of Make-Believe. You know -- the joint with the hand puppets that Mr. Rogers used to go to when he'd catch his trolley through the wall. (Boy, that sounds like faux hippie talk from a late '60s episode of Dragnet, doesn't it? "Buzz off, pig! I'm gonna drop a lid and catch a trolley through the wall, dig?")

It's not the hand puppets I'm into. (Though I am pretty fond of Daniel Striped Tiger.) It's the Make-Believe. Because the Neighborhood of Non-Make-Believe lately? "Reality"? It sucks. So I've been thinking about relocating.

There are writers who wrestle with grim truths in their works. They win awards. (Or, more commonly, go unpublished.) And there are readers who seek out works that force them to stare deep into the abyss of an indifferent universe and contemplate the fatally flawed humanity floundering in it. They join book clubs. (Or write reviews for The New York Times.)

So, yeah, escapism. I'm into it. It got me through high school. (Thanks, Star Trek! Thanks, Doctor Who! Thanks, DC Comics!) And maybe, just maybe, it'll get me through the collapse of Western civilization. (Thanks, Marvel movies! Thanks, FilmStruck! Thanks, bourbon!)

In the meantime, I want to keep writing. Because, you know, I'm a writer. But I have zero interest in writing about the world of today. See above, re: "Reality." I can barely keep up with "the world of today" anyway. By the time anything I've written comes out, "today" is "yesterday" -- or more like "last year," which may as well be "the Mesozoic Era" given the speed of change nowadays. That's probably why I've been so drawn to historical mysteries and Westerns. Where do you go when the present is an ever-shifting morass of suck and you don't believe in a future? Narnia, maybe. Middle Earth. Or the past.

Which reminds me of another subdivision in the Neighborhood of Make-Believe. Gene Roddenberry's. Specifically, the Star Trek episode "All Our Yesterdays." I recently had a revelation about it akin to realizing for the first time, when I was in college, that Scooby-Doo's pals in Mystery Inc. were watered down hippies exposing how The Man (as personified by "Mr. Jenkins" or whoever) manipulates fear to get rich. Zoinks, indeed.

In "All Our Yesterdays," Capt. Kirk and crew boldly go to a doomed planet where the population has seemingly disappeared except for one person: Mr. Atoz, a librarian. It turns out Mr. Atoz's "library" is actually a time portal, and everyone has escaped their world's imminent destruction by fleeing into the past.

Jesus! What a metaphor! And I never saw it. Until I was living it.

I'm sure some of you are going to tell me "You've got to live in the present, dude. You've got to fight for the future." Yeah, yeah. I know, I know. And I do, I do. But that's all stuff you've got to do. Reading and writing are things I choose to do. And I choose to ride the trolley through the wall. Dig? 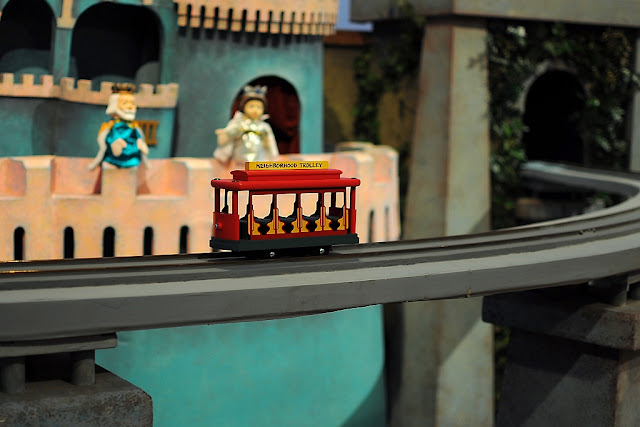