by O'Neil De Noux
2:46 a.m., and I lift my fingers from the keyboard and look at what I've just written on the screen in front of me and realize it's a pretty good paragraph, almost eloquent. Did I write this? Eloquent? We'll see if it makes the cut to stay in the book. I've cut lots of stuff I thought eloquent at first.

Plot is important, especially in a mystery story. Moving without a plot is like walking through swamp water where your feet can easily bog down and you have to struggle to get moving again. Having said that, I've written stories after creating characters and a situation and not plotting the story and it worked.  It was hard work, but it worked. Writing fiction is confusing work. There are no rules. Except getting it written.

When I wrote my historical novel BATTLE KISS, I knew the Americans would win the Battle of New Orleans. What I didn't know was how the villians (The British) were so heroic and faced incredible hardships to end up on that battlefield only to get slaughtered. I found a starting point, knew how the battle would turn out, created characters and let them lead me through it all. 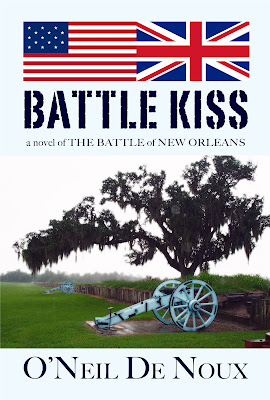 I've done the same thing with mysteries, often changing the plot as I go through it, dropping in a body or two. What I don't write well are formula stories. Wish I could as they seem to sell.

Like many other writers, sometimes I'm focused like a laser and everything falls into place. Sometimes I have no idea what the hell I'm doing. The odd thing, when writing a novel especially, is to let it simmer when it seems like you're stuck. Daydream about the story when you're away from the computer. EVERY time I've done this - it comes to me. The solution. Why? Because I'm the instrument. The device that gets it done. A novel is a living creature struggling to be born. 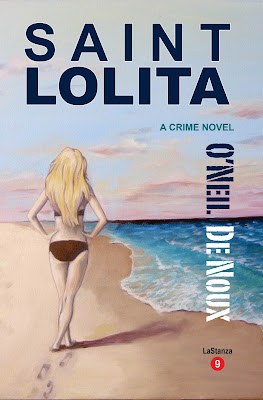 In SAINT LOLITA I knew I needed one thing to make it different from other books in the series. Put most of the action away from New Orleans and see how my recurring character LaStanza does away from home. Big problem at first as I researched which Caribbean island to set the story. I'd been to some islands but did not know enough about any island and internet research bogged me down. Hey, it's a novel. Fiction. So I created the island of SAINT LOLITA which lies 76 miles west of Grenada. The novel struggled through my limited intelligence to live. But it's alive. And the Lolita joke worked well. 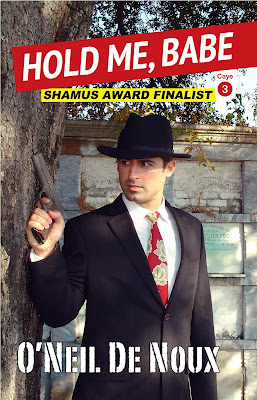 I knew HOLD ME, BABE would be about a lost song. I gave it to New Orleans Private Eye Lucien Caye and let him go with it. Other characters peeked in, some became important, some not so but the book came together and was nominated for a SHAMUS Award. Same with THE LONG COLD. I'd worked a couple cold cases when I was a homicide detective. What if I had LaStanza work a 30-year-old unsolved murder of someone he went to school with? THE LONG COLD was also nominated for a SHAMUS so someone must have liked reading it. 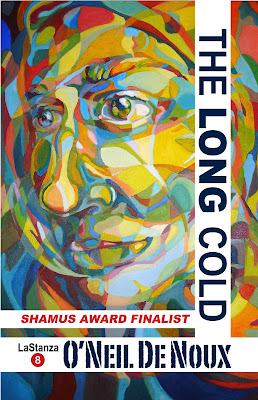 Sometimes the instrument works like a laser - sharp and focused. Sometimes it gets stuck in mud. Sometimes it doesn't know what the hell it's doing. But it gets done. The short story, the novel, comes together and it's a great feeling re-reading later and thinking - Did I write this?


That's all I have today.