It's time to anger family and friends again. Y'all won't believe how much flak I've caught since my anti-confederate blog last year.

I want to talk about police officers blindly following orders.

I'm a retired law enforcement officer, been a cop most of my life, from the 1960s until 2017, with a few breaks in between. I've been in law enforcement from the anti-war and civil rights demonstrations of the 1960s to todays demonstrations for black-lives-matter and immigration reform and me-too and women's rights and so much more. Those causes are not the subject of this discussion. How cops handle them is.

When did police officers start acting like Nazi brown-shirts, jack-booted thugs? Well, since forever. Police officers were used to break up demonstrations for unions, women's suffrage, veterans rights, anti-war, the list goes on and on. Just finished reading Ken Follett's FALL OF GIANTS where British police sided with pro-Nazi English fascists (The British Union of Fascists) and attacked people blocking the Nazis from marching in their neighborhood in 1936.

Here are photos of British police attacking demonstrators at that particular demonstrations, commonly called The Battle of Cable Street. 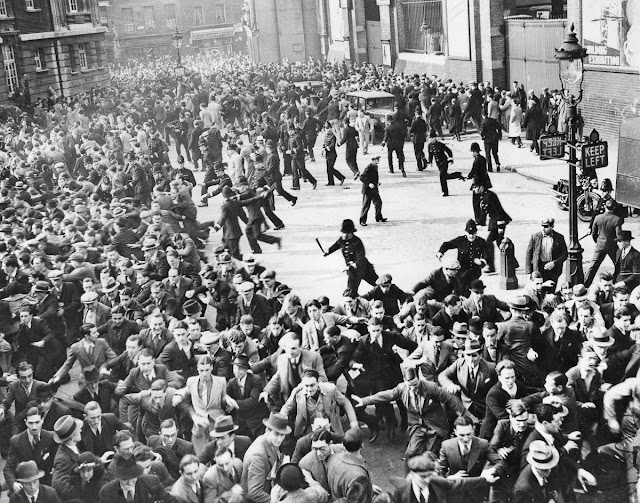 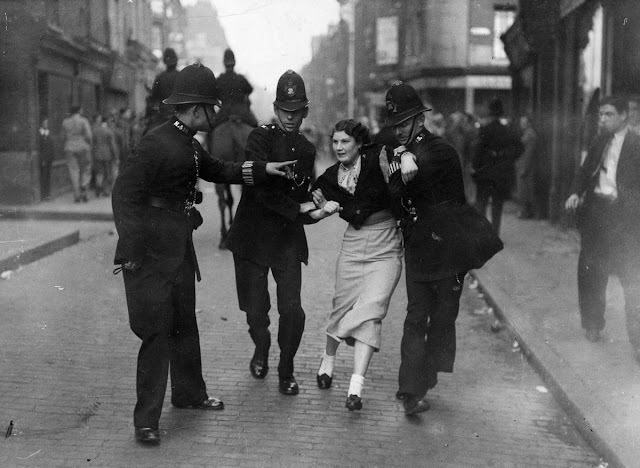 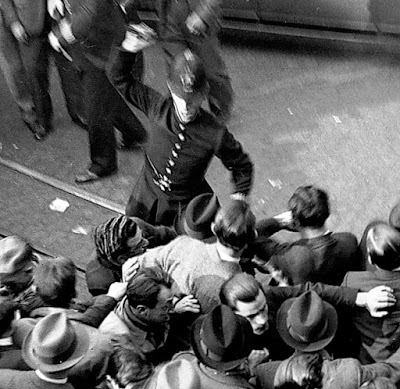 In the name of law and order, the police were ordered to side with Nazis and followed orders.

Here are photos of suffragettes beaten by police. How in the hell did men beat women with clubs because women wanted to vote? How? Because they were sent to do that in the name of law and order and they obeyed orders. 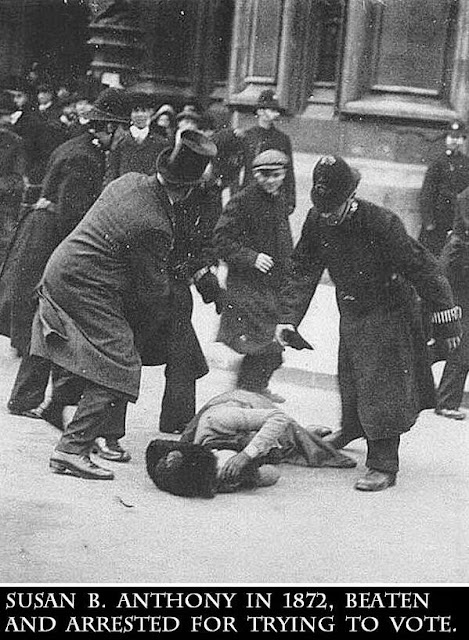 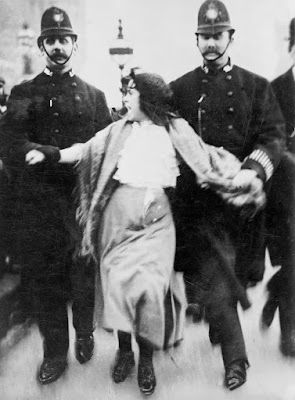 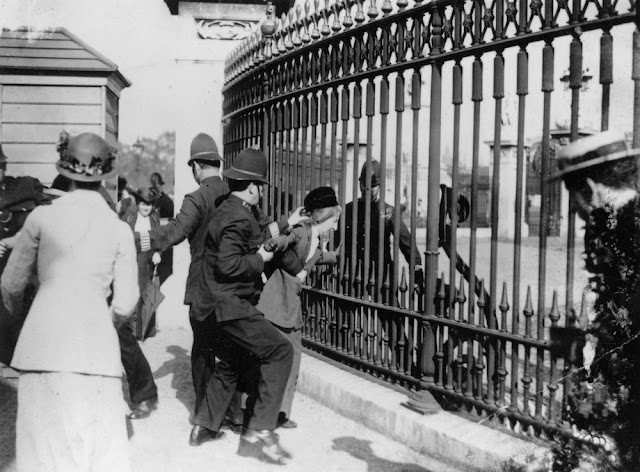 This may be repugnant today. How about this image from the University of California Davis in 2011? 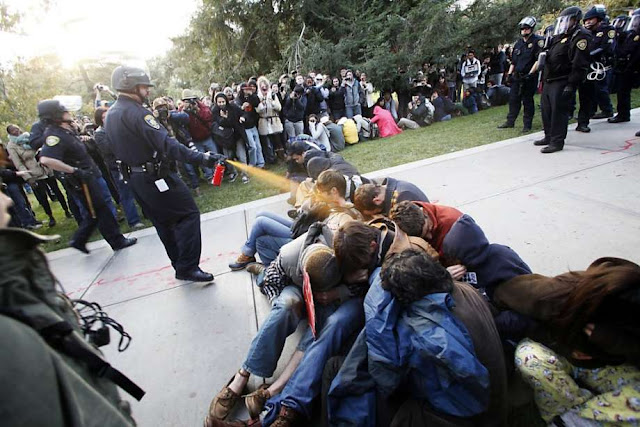 I tried to give them some old-man wisdom, reminding them we were talking about students, about young people we were paid to protect. What do we tell their parents? We attacked them because they made things inconvenient on campus, they blocked a walkway? If they blocked a walkway, go another way.

I told them how New Orleans Mayor Ernest 'Dutch' Morial's office was once taken over by demonstrators. Did the mayor call in police to remove them? No. He moved his operations to a different office in city hall and negotiated with the demonstrators to a peaceful solution. Morial knew the score. He'd been a civil rights demonstrator as a young man.

"But we can't let them just stay there." Going back to my discussions with fellow university police officers.

"Yes we can," was my response. We're talking about American kids. They'll need to eat, go to the bathroom, take a shower. They'll need to recharge their cell phones. They don't live on the ground. This is Louisiana. It'll rain soon. They'll get weary and go home. Just wait them out. Be nice to them. Converse with them. Protect them from anti-demonstrators and it'll all calm down. Let them demonstrate.

Stephen Stills, in his enlightened song FOR WHAT IT'S WORTH, wrote of demonstrators, "A thousand people in the street. Singing songs and carrying signs. Mostly saying, 'Hooray for our side'."

Let them voice their concerns. Police officers need not agree or disagree with the message. It's not our job to solve the issue. We maintian the peace and we should not attack either side. You don't want to be that guy.

How about this image from Baton Rouge, Louisiana? Just following orders. 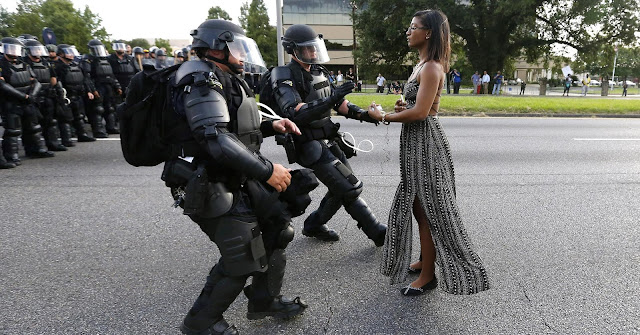 At least they did not use clubs or pepper spray.