Writing for the Record


by John Floyd
Like many of my fellow writers, I've had my share of unusual experiences. I once had three stories in four months in AHMM (the March, May, and June 1999 issues); I once did a signing at a flea market, right in there among the T-shirts and yard ornaments and velvet paintings; I've twice had stories in Woman's World that listed someone else's byline; I've published poems in places like Volcano Quarterly and Appalling Limericks; one of my short stories was rejected twelve times before it finally sold; I've had stories published in Braille and on audiotape and translated into Russian; and I once drove 150 miles to do a library presentation where only two people showed up (and both of them worked for the library). Etc., etc., etc.

But something happened recently that was even stranger than any of those. A writer friend from Los Angeles named Eric Guignard, who has also edited several anthologies I've appeared in, contacted me with information about an opportunity. He began his email with "There's this little project I stumbled across that you might be interested in . . ."

The project was an attempt by a publisher in South Africa to--again, in Eric's words--"create the biggest book of short stories ever for The Guiness Book of World Records."

CEA Greatest Anthology Written, published by Celenic Earth Publications, will include 111 original short stories, each between 3000 and 8000 words, written by 111 different authors around the world. The book is an attempt at a Guiness World Record for the most authors contributing to a single volume of short fiction.

Shaun M. Jooste, a writer/publisher from Cape Town, South Africa, began working on the project in April. He applied to Guiness World Records, challenged the existing record of 50 writers, and stated that he could double that number in an anthology that he would then publish. After GWR granted him permission for the attempt and sent him a truckload of requirements and guidelines, Shaun put out a call for contributors, read all the submissions, and categorized them by genre. The book will then be "authenticated and verified" according to specifications by Guiness. To attain World Record status, 1000 copies of the book must be printed and at least 500 print copies and 500 e-book copies must be sold. (For anyone who's interested, it is available now for pre-order here and will also be sold via Amazon.) 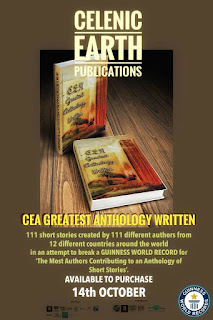 The anthology, which will be about 600 pages, will feature authors from South Africa, the United Kingdom, the U.S., Canada, Australia, New Zealand, Hungary, Nigeria, Mexico, Bolivia, and Switzerland. The main genres included are mystery/crime, fantasy, science fiction, horror, and romance (with about 2% children's, 4% LGBT, and 4% historical).

Eric and I received word last month that our stories will be included. Mine, which is called "The Tenth Floor," is a 4000-word fantasy tale about a teenager who buys an artifact from a pawn shop as a gift for his grandmother and then finds that it's also a portal to another world. Not a mystery, but it contains several plot twists, and one of my favorite endings. And the timing of the anthology call was perfect: when I found out about the opportunity, this story was already completed and sitting here in my to-be-submitted stack. 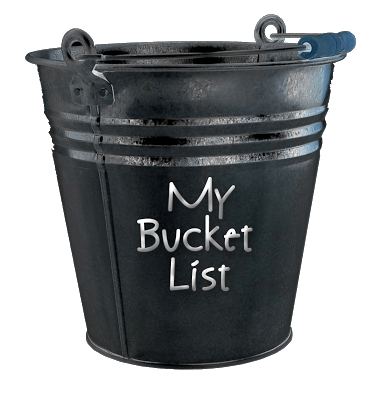 Everything about this project is a little unusual--including the five-page contract I received a few weeks ago. It stated that authors will retain reprint rights but will not be offered royalties; their payment will be the permanent inclusion of their names in The Guiness Book of World Records. I decided I could live with that.

Eric, a Bram Stoker Award winner, agrees. In fact he told me that inclusion in Guiness World Records has always been one of his bucket-list items. I had honestly never thought about it--but now that it's a probability, I'm pretty excited.

Maybe if I talk about that at one of our libraries, more than two bored employees will show up.