Family Fortnight +   Leading up to the International Day of Families on the 15th of May, we bring you the thirteenth in a series about mystery writers’ take on families. Settle back and enjoy!


May 15th is the International Day of the Family, which will undoubtedly be celebrated by many people pretending they're going to get Norman Rockwell, but knowing it'll be more twisted:

Call me cynical, but I've been around. More as an observer than as a participant, because, as many of you know by now, I was an adopted child. As I've said before, I arrived here back in 1957, a mystified 2½-year-old, with a bad cold, a TWA flight bag (which I still have), and a charm against the evil eye pinned to my dress. But I finally made it, and I became Charlie and Elaine's daughter.

Now it wasn't always sweetness and light in our house – there were a few alcohol issues, for one thing – but I don't think it's sweetness and light at any house except on the Hallmark channel. But I can assure you that I was their daughter, and they were my parents, legally, emotionally, really. Which was surprisingly hard to get across to a lot of people.

Some standard stupid comments and/or questions:
Actually, I did try, years after my parents died, to "discover my roots" and it didn't end well. Far from it. The story was one of illegitimacy and shame and abandonment and the hope that I would vanish forever. So I did. But it still hurt. As a contrast to all those TV shows and articles about adoptees hunting down their biological parents so "they can find out who they are." Listen, if you need someone else to tell you who you are, what you really need is therapy, not more relatives in the mix.

Speaking of finding out who you are, years ago, I was at the great tribal family reunion back in my grandmother's home town. BTW, it's my personal theory that family reunions are what gave Peter (or whoever translated 1 Peter 2:9 back in King James' time) the idea of calling us "a peculiar people". Anyway, various members of the tribe were acting like complete lunatics, and I realized, in a flash of insight: "I don't have to be like these people. this is not my gene pool." It was an extremely liberating experience, because at that moment I realized that I could be anyone and anything I wanted to be. I didn't have to find myself, I could become myself. There were no pre-set patterns. And that's very important.

Because sometimes not being adopted gets in the way. In small towns, you hear all the time, "Well, they can't help it, they're just like their father/mother/whoever", or "what can you expect, with that family?" Small towns never forget, and they always bring it up (whatever it is), and this is another reason why young people move to big cities. It's the equivalent of getting themselves adopted.

Another advantage is that, in the immortal words of Chance the Gardener, "I get to watch." I watch as people tell me that their family is everything to them. Sometimes this is true, and they have a wonderful family straight out of the Waltons. Other times, however, I see people giving up friends, education, opportunities, careers, even love, all for the sake of not rocking the boat, or (gasp! the horror!) being different from the rest of the tribe. I watch as people somehow manage to live in the same house with people they never speak to.
This is why I think another advantage of being adopted is that I've learned that whoever loves you is your family. Blood is irrelevant. Friends can indeed "stick closer than a brother".

Finally, I'd like to submit to you what is often described as Arthur Conan Doyle's most sentimental piece, and an old favorite of mine: "The Adventure of the Yellow Face" in The Memoirs of Sherlock Holmes. Mr. Grant Munro's wife, Effie, has been begging money from him and begging him to not ask why. Mr. Munro fears that his wife's first husband, presumed dead in America from yellow fever, did not die, and is now blackmailing her for being a bigamist. He has followed her to an obscure cottage, where a creature with a livid inhuman face stared out the window. Holmes, Watson, and Mr. Munro go to the cottage and force their way in. The creature is a little girl in a mask, who, unmasked, proves to be Effie's daughter by her [truly] deceased husband, John Hebron, who was "of African descent". Effie explains everything, saying that she was, and still is, afraid that Mr. Munro would never accept a black child in his home.


It was a long ten minutes before Grant Munro broke the silence, and when his answer came it was one of which I love to think. He lifted the little child, kissed her, and then, still carrying her, he held his other hand out to his wife and turned towards the door.
“We can talk it over more comfortably at home,” said he. “I am not a very good man, Effie, but I think that I am a better one than you have given me credit for being.”

What can I say? I tear up a little every time I read that. God bless you, Mother and Daddy, and thank you for being better than you ever knew. 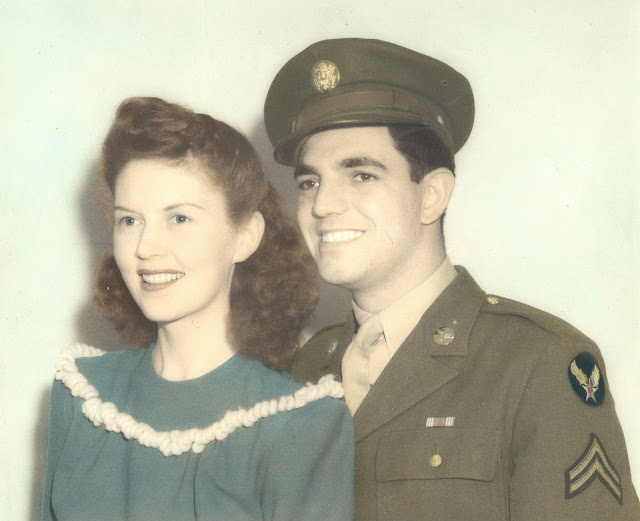