Family Fortnight +  Leading up to the International Day of Families on the 15th of May, we bring you the twelfth in a series about mystery writers’ take on families. Settle back and enjoy! 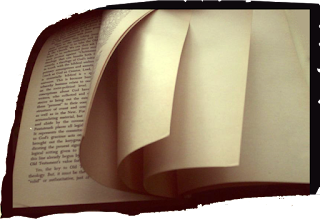 All happy families are alike, Tolstoy famously says, and each unhappy family unhappy in their own way. Tolstoy certainly knew from personal experience. John le Carré is another writer whose unsettling family history gave him not only a template, but a theme. He tells us the habits of concealment have served him a lifetime - not always with the desired result. Skeletons in closets.

Buried secrets are an old literary device. The buried past particularly. I'm always a sucker for it, and it's one I've used myself fairly often. I have to wonder too, like le Carré, how much of my personal history conspires to make the secret so attractive.

Well, first off, there's the official record - not all of it on the record, naturally. Most people know I was a Russian linguist and intercept analyst when I was in the Air Force, and probably as many people know from reading my posts here that my uncle Charlie Haskins was at Bletchley Park during WWII. He also served on Eisenhower's national security staff during Eisenhower's presidency. I suspect there's more to his life in the secret world, but I'll never know. Going back another generation, his own dad, the historian Charles Homer Haskins, was at Versailles with Wilson, in 1919. Specifically, he served on the commission to administer the Saar. You wouldn't think this was a political hot potato, because everybody pretty much conceded the French would control the coalfields, but it may have been one of Wilson's bargaining chips with Clemenceau. Wilson himself was impatient with the machinations at the conference, but his main advisor (and intelligence chief) Col. House didn't mind getting his hands dirty, and my grandfather reported to House. I can only guess, but given my fanciful nature, I imagine there's probably more to this than meets the eye. 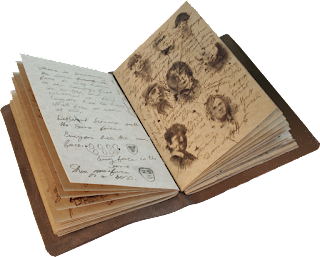 Then, we got the unofficial. My mom's family, the same lineage as above, had one of those episodes everybody was deeply embarrassed about, and it was rarely spoken of. The problem being, for a kid, is that the hints and silent glances only made you want more, and more was never forthcoming, which of course made the whole thing out to be worse than it was. This dark blot on the escutcheon was the fact that my great-grandparents had divorced, a scandal that apparently shook late 19th-century St. Louis society, not least because he divorced her, which to all intents and purposes branded her a Scarlet Woman. A veil is drawn across what actually happened, but the point isn't what in fact actually happened - with a lot of spadework, my sister Bea has dug out the details - but that everybody felt it was too shameful, it had to stay hidden, it couldn't be talked of. Like the madwoman in the attic, Mrs. Rochester. There's more than a little of the Gothic, here.

It turns out there really is somebody in the attic, too, now you mention it. My grandfather, my mom's dad, the aforementioned Charles Homer Haskins, came down with Parkinson's. He had to give up teaching, and the slow degenerative process wore him down. It killed him at 66. For the last years of his life, he lived on the third floor of the house in Cambridge he and his wife had built early in their marriage. As a boy, I'd always found my grandmother's house spooky and dark, haunted not too strong a word. And it was only years later, when the house was being sold, that I ever ventured up to the third floor. To my enormous surprise, it was filled with light. Made me feel a lot better, truth be told, to know he wasn't left in darkness.

There's another legacy of shadow, the troubled relationship between their children, my mom and her two brothers. My uncle Charlie was the middle one, and from all the evidence a mediating influence. My uncle George was the oldest. Seen at this remove, a bully, emotionally abusive, a predator. Nothing to be done about it now. Not that I'd have a problem pissing on his grave. My real revenge would be to write a book about it, and cast him as the heavy.

It's odd to realize you get material out of this. If not the actual, the impulse. All that compacted sadness. It's not right, somehow. Or maybe we're making amends. That sorrow isn't of our making. It's gone, it's done, it's well beyond our control, it was never ours to begin with. Perhaps this is how we claim ownership, the way we bear witness. Survivors' guilt. We owe them. This is the coin we carry for the ferryman, to pay for our own crossing.