In one of the forums (fora? fori?) that I regularly read online, members have been reporting their writing goals for 2017, and whether their year-to-date progress is meeting their expectations. After all, we're almost halfway done. As for me, I'm not much of a goal-setter (or goalkeeper), but those discussions have made me, for a change, take a look at my own writing output.

So far this year, I've had 14 short stories published and I have 12 accepted and upcoming. They cover several genres, but it's skewed heavily toward crime stories. Twenty of those twenty-six are mystery stories, two are westerns, two are fantasy, one's horror, and one's romance. The interesting thing is that even those descriptions are misleading, since all six of my non-mystery sales still involve some degree of crime and/or deception. So I suppose they're "mixed-genre" stories: western/mystery, fantasy/mystery, etc.

I don't think that's unusual. Most of the writers I know genre-hop from time to time (it's the only kind of exercise I really enjoy), and I suppose there are pluses and minuses involved. Yes, it helps to be consistent and market your fiction to a specific audience and "establish a brand"--but it's also fun to dabble in more than one kind of writing. Some of my favorite novels, movies, and stories are hybrids. The Princess Bride was a romance/adventure/comedy/fantasy, To Kill a Mockingbird was a mystery/literary/Southern/coming-of-age/courtroom drama, and one reviewer called The Man From Snowy River a romantic Australian western.

What always surprises me is that most readers, and some writers, don't buy into the widely-accepted definition of "mystery" fiction. As has been said many times at this blog, a short story or a novel can be considered a mystery if a crime is central to the plot. That's enough to get you into a mystery magazine or onto the mystery shelves in the bookstore. And some definitions are even broader: it's a mystery if the story contains even the threat or the implication of a crime. Even so, many reviewers of the well-known "best-of" mystery anthologies always complain because an included story was not what they consider to be a mystery. The conclusion to which they have jumped is that it has to be a traditional mystery, and that the identity of the villain must be kept secret until the ending. It doesn't. Mysteries don't have to be whodunits. They can be howdunits, or whydunits, or howcatchems. Or howtheygotawaywithits. 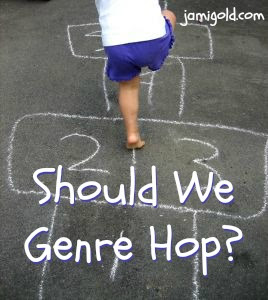 Back to the subject at hand. I recently saw an online piece by author Nathan Bransford, who pointed out that genre-hopping is not always the best move. He says, and rightly so, that switching from one genre to another usually works best after a writer has already achieved a certain level of success and recognition. In another piece, author Kimberley Grabas seems to agree: "Ideally, the 'wise' course of action is to specialize. To conquer your niche first. Then branch out (if you wish) after you've gained some mastery in one area and have developed a sizable following around that genre." Sure, John Grisham wrote A Painted House, Bleachers, Playing for Pizza, Skipping Christmas, etc., none of which had anything to do with crime or courtrooms--but he's John Grisham.

I should mention here that some authors are incredibly good at switch-hitting. Who would believe, unless he/she knew already, that Chitty Chitty Bang Bang was written by Ian Fleming, or Terms of Endearment by Larry McMurtry? Think about it: "3:10 to Yuma" was Elmore Leonard, Exit to Eden was Anne Rice, and Deliverance was poet James Dickey. And by the way, if you've not read the short story "The Last Rung on the Ladder" by Stephen King, I urge you to search it out (it was included in his collection Night Shift). It contains no horror or any kind of creepiness, and is one of the best "literary" stories I've read. It'll bring tears to your eyes.

Here's another point: I think genre-hopping is far easier for short-story writers than for novelists. Maybe the establishment of a brand isn't as important for shorties; we work on a much smaller stage and with a smaller potential audience. Also, we shorts writers obviously produce a lot more individual pieces than novelists do (unless maybe you're Stephen King), so wandering off the beaten path now and then isn't as serious a matter as it might be to a novelist or to a novelists's fan base. In any case, I've found that mixing and/or jumping from one genre to another makes the writing process a lot more fun. At least for me. 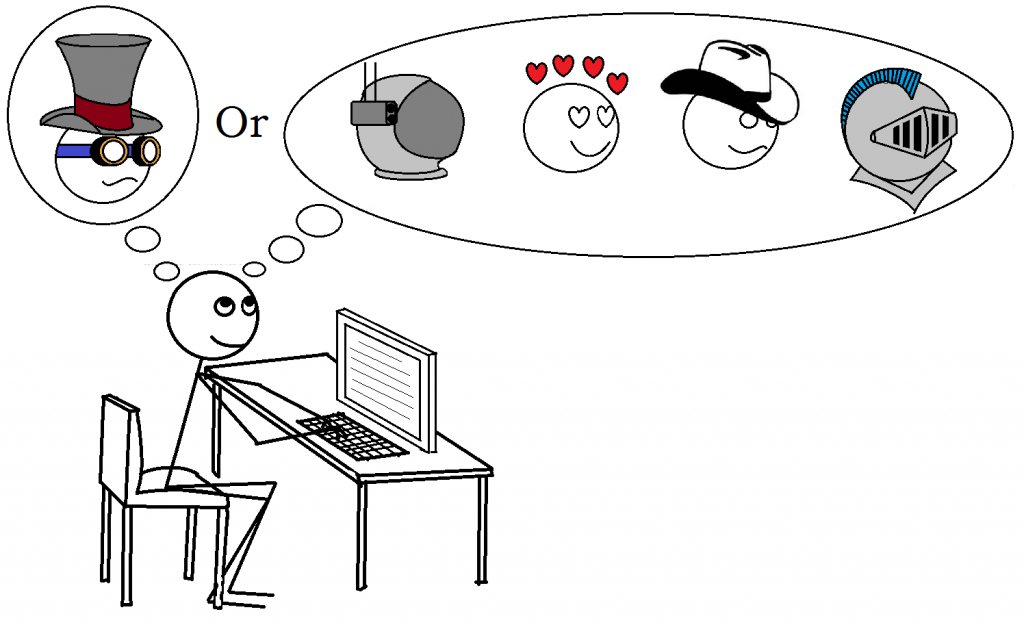 What do you think? Do you stick to one genre or pingpong between them? If you haven't tried writing/publishing in more than one genre, do you ever plan to? If you have, do you think it's hurt your sales or your ability to reach and keep readers? Do you think the don't-genre-hop "rule" applies more to novels than to shorts? Do you like to write and read "mixed-genre" fiction that combines one or more in the same story--or do you prefer your drinks undiluted and your colors primary? Again, I don't mind hybrids--which probably makes sense. I'm pretty mixed-up anyway.

To each his own.