Meet the Mendozas: A Family of Cultural Relativists in An Age of Absolutism

Family Fortnight +  Leading up to the International Day of Families on the 15th of May, we bring you the ninth in a series about mystery writers’ take on families. Settle back and enjoy! 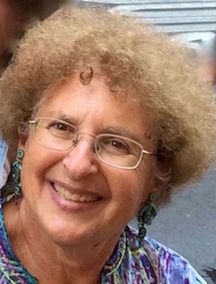 Diego Mendoza, a nice Jewish boy from Seville, was born knocking on the inside of my head one night, demanding that I tell his story: he sailed with Columbus on the voyage of discovery on the very day in 1492 that the Jews were expelled from Spain. Why did Columbus take him on? (I have my reasons for not believing the theory that Columbus himself was Jewish.) Diego's dad was shipwrecked with Columbus off the coast of Portugal in their youth (the shipwreck is historical fact), and he'd remained a friend of the family. Young Columbus also had a crush on Diego's mother, though that didn't come out till Journey of Strangers, the second novel, as a piece of ancient family history.

So Diego had a father, did he? Diego escaped to what turned out to be "the Indies." Where did the rest of the family go? In "The Green Cross," the first of two Diego stories about the first voyage that appeared in Ellery Queen's Mystery Magazine, I sent Diego's "parents and sisters" to Italy, where many Spanish Jews fled at the beginning of the Sephardic diaspora. Diego sprang to such vivid life that I decided he deserved a novel, which presented new challenges.

I needed women characters, so I created Diego's sister Rachel, a spirited and endearing girl of 13 who had been sent away to a convent school in Barcelona for safety's sake and left behind due to the ruthless speed of the expulsion. Her only protector was an aunt, Doña Marina Mendes y Torres, a true converso rather than a marrano who secretly practiced Judaism. I intended Doña Marina to be stern and forbidding, but the lady surprised me, eventually becoming a staunch protector to her niece and nephew and putting up with a fair amount of discomfort and shenanigans. The first half of Voyage of Strangers takes place in Spain, where Columbus is received at the court of Ferdinand and Isabella and charged with outfitting a fleet for the second voyage. Rachel is burning to go along, and in the end, Diego and Columbus combined fail to stop her.

In the second half of Voyage of Strangers, Diego and Rachel meet and fall in love with the gentle, generous Taino, the indigenous population of Quisqueya (Hispaniola) and are powerless to prevent its destruction by the Spaniards. We get to know more about their parents and their upbringing via the principles instilled in them, which allow them to embrace a culture very different from their own. As Jews, they have always been outsiders in the Christian mainstream culture of Europe. This has made cultural relativism their natural point of view. For example, the Taino teach Diego and Rachel batey, a game not unlike soccer.


We both became skilled at batey. In such perilous times, one might think that sport would be abandoned. But batey was a religious observance, the game a ceremony like the Christian Mass or, in Judaism, carrying the Torah. In troubled times, spiritual practice is a necessity. My father had told me so, and the Taino understood this as well.

Both Papa and Mama Mendoza are revealed as counselors whose wisdom their children cling to in difficult situations, since they are far from home and have no one to rely on but each other. In one historically accurate scene, Diego and Rachel are forced to listen to the sounds of a young Taino girl being beaten and raped by a childhood friend of Columbus. The man himself wrote an account of it when he returned to Europe. The story survived because historians quoted it as a comical anecdote as late as 1942. That's right: Samuel Eliot Morison, the Pulitzer Prize-winning biographer of Columbus, thought the rape of an Indian maiden, with a beating to make her compliant, was funny.

I took her hand and pulled her down beside me on a coil of rope.

“Do you know what is meant to happen between a man and a woman?”

“What did she tell you?” I asked. Our eldest sister loved to hoard information and spring it on us at the moment when it would most devastate or embarrass us, and she did not always pause to verify her facts.

“She said a man and a woman do the same as when a bull is set to a cow, so she will bear a calf and furnish milk. And that is how human folk make a baby.”

“And what do you think of that?” I asked. I expected her to say that she found it hard to believe of our parents, who both had a full measure of dignity.

“I know it is true,” she said, “for I asked Mama. She said there is pleasure in it too, when it is done correctly.”

Papa had said the same. I would not admit to Rachel that I had had no opportunity yet to investigate the matter for myself. So I simply nodded, hoping my little sister thought me wiser than I was.

“Mama told me about rape too,” Rachel said. “That is what Cuneo is doing, is it not?”

“She knew it was a danger, sending me to Barcelona when things were getting worse,” Rachel said, “and none knew what the King and Queen would do about the Jews. She said I must have this knowledge so that if I were taken, at least I would not be taken by surprise.”

For Journey of Strangers, I had to do some serious research on the Sephardic diaspora so I could address the issue of what had become of the rest of the Mendoza family. I quickly found out that the Mendoza family could not have stayed in Firenze (Florence), where I had so blithely put them, under the protection of Lorenzo di Medici. First, Lorenzo died in January 1492. Second, his successor, along with the Jews who had sought refuge there, fled the city in November 1494, when King Charles VIII conquered it. Many of them ended up in Istanbul, where Ottoman Sultan Bayezid II welcomed them, although the famous one-liner, still quoted– "You venture to call Ferdinand a wise ruler, he who has impoverished his own country and enriched mine!" –was made up by a writer, who else, in 1523. So the Mendozas settled in Istanbul, and I got to develop the characters of Papa and Mama, along with older sisters Elvira and Susanna and their fianćes, later husbands, and in-laws.

The complex rules governing the lives of Jews in Istanbul in the late 1490s; the trauma of their travels; the pressure on the Jewish community to marry their children young and have them reproduce as many Jews as possible--very much like the situation of Jews after the Holocaust--all of these challenge Papa and Mama Mendoza to show what stuff they're made of. Into this situation come their long-lost children, who have befriended naked Taino and helped Moorish slaves escape. Their best friend is Hutia, a lone Taino survivor, and Rachel is determined to marry him. They've been running around the Caribbean half-naked and fighting their way through Europe living by their wits. How are you going to box them into a nice Jewish marriage and a job in Papa's business?

Rachel, with Mama's help, finds herself a job as a personal shopper to the ladies of the Sultan's harem. Diego goes into partnership with a Muslim ship's captain and former pirate. The plot thickens as Hutia must decide whether conversion to Judaism or to Islam is more likely to win him Rachel's hand in marriage. No spoilers. Read the books! Both are available as trade paperbacks and e-books. Instead, I'll give you the final lines of the homecoming scene (the end of Chapter 23 in Journey of Strangers, when Diego, Rachel, and Hutia finally arrive in Istanbul). I confess that I cried not only the first three times I read it over, but also while I was writing it.


Someone must be coming to the door. It swung open. A young man I did not recognize, wearing a tallit, peered out at us, squinting as if nearsighted.

Then I heard my sister Elvira’s voice call out, “Akiva? Who is it?”

A girl with a mop of hair as unruly as Rachel’s came flying out of an inner room, shrieking, “It’s them! It’s them!”

My sister Susanna flung herself upon me, arms tight around my neck and legs clinging to my waist.

And then Rachel was sobbing in Mama’s arms, and Papa was lifting Susanna down so he could hug me himself, his beard wet with tears as it brushed against my cheek, or maybe the tears were mine.

After I'd finished writing Journey, I realized that not only did Papa and Mama Mendoza represent an idealized version of my own parents and a blueprint for the aspects of family that I would have liked and hadn't had, but they also reminded me of the March parents in Little Women, who in turn were Louisa May Alcott's idealized portrait of her own parents, the high-minded but impractical philosopher Bronson Alcott and her beloved mother, immortalized as the March sisters' Marmee. Wise, kind, ethical, loving, principled without being the slightest bit dogmatic, fiercely loyal to family, flexible, open-minded on a deeply intelligent level, and utterly reliable. Cultural relativists. Who wouldn't want such parents? My own being long gone, I'd go home with them in a flash.

Elizabeth Zelvin, a once and forever SleuthSayer, is the author of the historical novels Voyage of Strangers and Journey of Strangers, the Bruce Kohler mystery series beginning with Death Will Get You Sober, and numerous short stories. Her stories have been nominated twice for the Derringer Award and three times for the Agatha Award.