by Steve Liskow
Tell me what these sentences have in common:
Where have you been all my life? 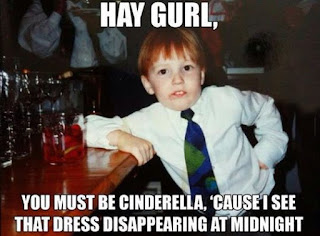 If I said you had a beautiful body, would you hold it against me?

You got it. They're all horrible opening lines. One of my favorite pieces of advice on openings is the tagline of the film Crossroads, from back in the eighties: Where second-best never gets a second chance.

More often than not, the opening is the last part of a story I polish. I need to get the rest of the story right (hysterical laughter from off-stage) and figure out where I'm going before I understand the best place to start. Three of my novels (four, if you count Hit Somebody, currently in final fixing) picked up a new opening along the way. In two, it was a completely new scene and in another it was a prologue--something editors tell you they hate--that also demanded an epilogue for a frame story. In the other case, I moved a different scene to the beginning.

Hallie Ephron offers solid advice for openings. Don't worry so much about a brilliant hook because that risks becoming a gimmick. Instead, try to present the idea that something is "wrong." It doesn't have to be huge, but suggest dissonance right away, sort of a "what's wrong with this picture?" ambiance.

Right now, my growing list of favorite openings/hooks stands at 34, and 26 are from novels. Others might qualify as novellas: Hemingway's "The Short Happy Life of Francis Macomber," Cornell Woolrich's "Rear Window," and Kafka's "The Metamorphosis." Some other are comparatively old, like O. Henry's "The Ransom of Red Chief."

What should a good opening do? Well, let's look at some that work.

The Grandmother didn't want to go to Florida.

This is from Flannery O'Connor's "A Good Man Is Hard to Find," and right away we see that the story is in 3rd person POV, and the Grandmother, presumably an important character, has a conflict. Someone wants her to go to Florida against her wishes. Calling her "The Grandmother" makes her a specific grandmother, but not using her real name turns her into an archetype or symbol. The tone is detached. We get all this from eight words. It also makes us ask why she doesn't want to go, and O'Connor answers that in the following sentences. The early pay-off encourages us to keep reading until we reach the final pay-off, which, if you've never read the story, is worth it. The opening scene even sets up the ending, too.

That's a pretty good opening, wouldn't you agree? How about this one?

They throw him out when he falls off the bar stool.

That's from Laura Lippman's The Most Dangerous Thing. These eleven words tell us the story (or at least part of it) is in present tense, detached third-person POV, and the unnamed male is probably drunk in a bar. This sets up many potential problems: drunks get into fights or accidents. Maybe he will have a black-out and not remember important details later. We don't know the man's name, but is a safe bet that he will be the protagonist or a victim, maybe even both. The lack of a name (again) adds distance and detachment. If you're like me, you want to read on to see what happens to this guy next. We're pretty sure it won't be good.

Let's try one more. In the spirit of blatant self-promotion, this is from my roller derby novel, The Whammer Jammers. 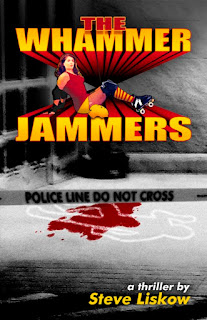 Hendrix, the protagonist, is (present tense again) wearing a bullet-proof vest, which suggests he's not going to a backyard barbecue. We can infer there may be shooting (which there is), and it will lead to further problems.

The first sentence is important, but most people will read beyond that. Even agents will give the MS a page, but they expect something in return. These openings all show us the story's essential style (vocabulary, point of view, tone or mood), the presumed protagonist, and some tension or conflict. All these elements draw the reader into the story.

If you're writing a novel, you have more time, but begin your story as close as possible to the important action (inciting incident ) as you can without any back-story. Get the ball rolling before you slow down to explain. If you need to explain something, do it through action, not exposition. Look at the first ten minutes of the James Cagney classic White Heat (1949) for a great demonstration of how to do it. It's all car chases and shooting, but we understand the relationships of major characters without a lot of chatter. If you can't begin with conflict, at the very least introduce the element that will cause it. O'Connor does that in the grandmother example above.

O'Connor's opening sets up her ending, too, another good trick if you can do it. Songs end on the tonic chord, and your story can repeat or refine an image from your opening. If you're writing a mystery, this can be as general as suggesting that there will be a solution, preferably not the one the reader sees coming, or the lovers with end up together...or not. But that's another reason to polish your opening in your final draft...when you know where you're going.