Until a Split Infinitive Do Us Part

Family Fortnight +   Leading up to the International Day of Families on the 15th of May, we bring you the eighteenth in a series about mystery writers’ take on families. Settle back and enjoy!

As we close in on the end of family fortnight at SleuthSayers, I’d like to introduce my wife Amy. Some of you may know her already. But whether you do or not, hopefully you’ll get to know her a little better here. Over the years she’s become my editor, my “Max Perkins”. I think every writer needs a Max Perkins and I’m very lucky to have her. And lucky, too, that she likes editing. We’ve had some “discussions” about some of her suggestions, but she’s a great and intuitive editor, and I go with about 75-80% of what she suggests. Our 30th wedding anniversary is coming up in June, so something must be working. And they said it wouldn’t last. —Take it away, Amy:
— Paul 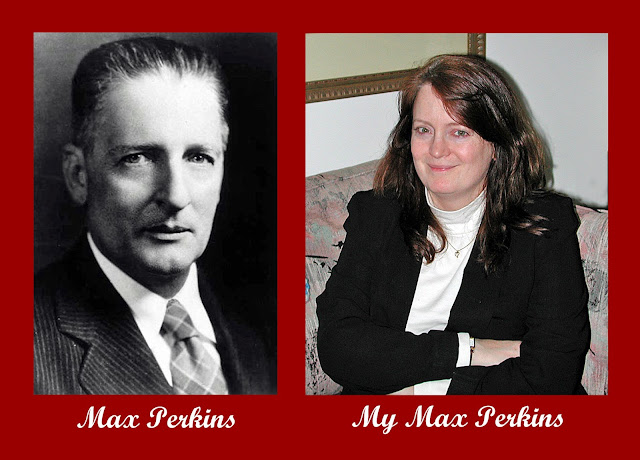 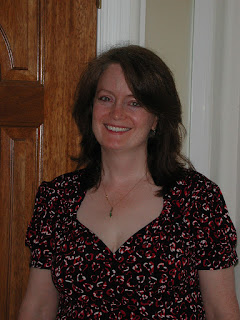 I’m not a writer, but I’m married to one. Which is kind of like that old commercial, “I’m not a doctor, but I play one on TV.” In fact, I’m not really much of a reader either—or wasn’t when I was a kid. Don’t get me wrong, I love books and I love reading. But when I was a kid I stubbornly refused to wear the glasses that had been prescribed to me from the age of six. I hated them, but without them, reading was a chore. The only time I would wear my glasses is when the lights went out in the movie theater and I would sneak them out of my purse and put them on, hoping no one would notice. It wasn’t until my junior year in high school when I got contact lenses that I began to enjoy being able to see clearly…and read.

So how did I end up married to a writer? Well, it wasn’t because I was hanging out at literary events. It was because both of us had friends who roped us into “volunteering” to make phone calls to raise money for Unicef. They were doing an old-time, live-audience radio show on Halloween and needed volunteers to call people up and ask for donations. Phone calls, and particularly phone calls asking for money, is not something I enjoy doing… But my one good deed led to meeting Paul, so I guess it was good karma.

When I met Paul he was a screenwriter/script doctor, I’d never read a screenplay before and was curious, so I asked if I could read some stuff. Paul said I could only if I agreed to give him honest feedback and criticism. He didn’t need someone just to tell him how wonderful it was (he had his mom for that). I said, “Sure! No problem.” So I read a couple of screenplays and Paul asked me what I thought of them. And I said, “They were great. I enjoyed them!” And then he asked me why. And I said, “I don’t know, I just liked them.”

Well, that didn’t really help and I knew I wasn’t doing him any favors if I just blindly liked everything he wrote.

At some point I started not only reading and providing feedback, but doing actual editing on Paul’s work. While my day job is as a trust administrator for a bank, I like having this sort of alter-ego, creative side that I can change into when I get home. I love my day job, but I also like being able to stretch out and be an editor. Sometimes it’s a challenge and Paul and I don’t always agree on things. I’ve learned to speak my mind and stand up for my point of view. Sometimes I win and sometimes I don’t.

I guess I could have not gotten involved in Paul’s writing at all. I could have said, “I’m not a writer. That’s your thing, not mine. I’ll just sit here and do my own thing while you write.” But I wanted to be involved in his work. I loved his writing. I loved his ability to create stories and characters. To turn words into experiences and feelings. I wanted to share in that experience. So we became a partnership, a team, a rock band (without all the break-ups or the replaceable drummers).

Some people have asked me if I’ve ever wanted to write my own stuff. No way. I get my fun out of reading and editing, contributing ideas and thoughts. My creative juices flow more towards visual arts, I like to paint and draw, and problem solving and brain storming, just as I like solving real puzzles. In fact, when we were in New York just a few weeks ago when Paul won the Ellery Queen Readers Poll award, I met Peter Kanter the president of Dell Magazines/Penny Publications and told him how much I like their logic puzzles. When we got home, there was a package waiting at our P.O. Box full of Dell puzzle books and logic puzzle books in particular. How cool is that? Thank you! Yes, I’m a puzzle geek and in another life I probably would have been a mathematician or a detective.

And there are a lot of other perks. Meeting cool and interesting people, other writers and people in the publishing industry, traveling. And tons of free books all over the place. So many that we’re being “booked” out of house and home…

I’ve read some of the other blogs from family members over the past few weeks and it’s struck me how everyone has the same challenges. I just read Art Taylor’s interview with his wife Tara Laskowski and realized we’re not alone in how time-crunched we are. And we don’t even have a five year old, but we do have two big dogs and until recently two cats! That’s like having a five year old or two… And I related to Robyn Thornton’s story about being frustrated when her husband Brian was too busy to help her put together a stool. It can be hard to put up with the demanding writing “mistress” taking up all their time.

But I also love coming home at night where Paul and I will plunk ourselves down in front of our side by side computers and dig into the writing work. We usually don’t break for dinner until around 8 or 8:30 pm. Dinner is often microwave frozen stuff—nothing that takes more than 10 minutes, maybe catch the end of a murder show on TV and try to get to bed by 10 pm. And, I have a confession to make: our house doesn’t get cleaned very often… If you meet a writer with a clean house, I would suspect writer’s block has something to do with it.

Have there been times when I’ve wondered what it would be like to not be married to a writer? What it would be like to come home and sit in front of the TV, veg out for a couple of hours, take a leisurely bath and sleep eight maybe nine hours? Yes, and to be honest, I think I could do that for a few days (it’s called vacation). Then I’d probably be bored out of my skull.

We work hard, but we have fun doing it. We get to work on stuff together, learn stuff together and sometimes (or often) make mistakes together. And we are never, never bored.


And then there’s that other thing that many of the other family members who’ve blogged this past few weeks have mentioned: understanding that writing is not a job, it’s not a nine-to-five vocation. You don’t turn off the lights and lock the office door at 5 o’clock. You don’t put it away for the weekend. You live and breathe it every day.

So, it’s crazy and fun and I wouldn’t trade it for anything. I love that we can work together and that we understand each other. I understand his need to write. And he understands my need to not be a writer, but to be the one figuring out where to put the commas and how to keep the machinery running smoothly.