Right Way to Do the Wrong Thing 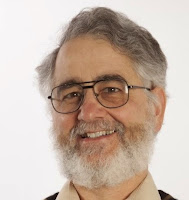 I'm not sure this title fits the subject matter, but it's a pretty song.

As you are probably sick of being told, I review a short story every week.  I try to be a fair judge, treating every candidate equally but I admit that sometimes I will find myself rooting for a story to succeed because of a wonderful opening line, beautiful writing, or a great concept.  It's yours to lose.  Don't blow it!

Recently I read a story with a great premise, one I loved so much I read a few key lines out loud to my wife.  I kept rolling along, having a great time, for the first three quarters of the narrative.  Then all four tires slowly deflated.

I'm not going to get specific because I don't say bad things about individual stories.  (There's a reason I review the best story each week.)  But vaguely, here's the plot:

The author establishes the great premise and deals with it, apparently resolving it.  Then a character is murdered.  The hero, call him Sam Sleuth, starts to investigate.  The character closest to him, call him X, is the Most Likely Suspect.

All of which is great.  Still rolling merrily.  But we are at the three-quarter point.

Sleuth begins to suspect that X really is  the killer.  He digs more, and finds evidence pointing in that direction.  He confronts X who more or less admits his guilt, but not in a way that would hold up in court.  And Sleuth vows to find a way to prove it.  The end.

That's no ending, says me.  Not a good  ending, anyway.  Our hero has been treading water for the last quarter.

So here are some suggestions as to how the author might have created a better conclusion, one which might have made my Best of the Week, if I liked the writing, and was in the right mood, and Saturn was on the cusp of Capricorn.

Good for the Soul.  Sleuth could have tricked/guilted X into a confession that would have held up in court.

In the Pudding.  Sleuth discovers proof that X did the killing.

Had it coming. X reveals (this requires a ton of foreshadowing) that the victim was such a horrible person that he deserved what he got.  Sleuth is convinced and tells him to go and sin no more.

Surprise Party.  It wasn't X at all!  Turns out it was Y, that dirty devil!

Reverse Surprise.  If our author really wants to end with Sleuth vowing to catch X, then Sleuth needs to think it is Y until - Boom - the Big Reveal.

Immune to Murder.  Sleuth is sure that X is guilty but he can never be convicted because he is the nephew of the President/Mafia Chief/Billionaire, or is the Ambassador from Barataria.  Much noirish brooding in bourbon follows.

Any of those had a chance to be better than what I got. But on the bright side, I got a blog out of it didn't I?  Now, back to a hunt for the Best.