I'd like to preface this post by saying it's not meant to be partisan. I'm not taking sides. Everybody's got an axe to grind, but let's check our grudges at the door. 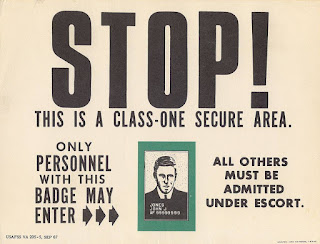 The recent resignation of Michael Flynn as National Security Advisor is what started me thinking. More than one train of thought, as it happens. Let's review the bidding, in case you don't know what happened. Flynn was in Trump's kitchen cabinet, and it was no secret he was in line for a red hat. What laid him low, before the paint was even dry, is that he'd had inappropriate contacts with the Russians while Obama's crew, although they were hanging up their cleats, still had the duty watch. They were in fact announcing sanctions against Moscow at the same time that Flynn, through a back channel to the Russian ambassador, was saying they were shooting blanks - once his guy was in office, any sanctions would be rolled back.

Now, first off, this runs counter to good manners, common sense, and longstanding convention, when a new team is relieving an old one. It's also a violation of federal law, the Logan Act. Unauthorized civilians don't make U.S. foreign policy. Period. Another curious thing is that Flynn apparently did it on his own, without telling anybody else. You might find this hard to credit, but you have to look at Flynn's back story. This isn't someone with a modest opinion of himself. On the other hand, there are a fair share of people who didn't think he walked on water, no. The best guess is that he was showboating, or a little too persuaded of his own self-importance.

Here's where I'm coming from. An intelligence professional's job is to give the best possible advice, based on the available evidence. Are your sources credible? What's the collateral? Does the narrative add up? You don't cut and paste the facts to fit a convenient fiction. Bush 43 was ill-served by his Director of Central Intelligence because George Tenet massaged the message. You have to be ready to contradict the received wisdom, or fixed ideas. The problem being, if you keep blowing your nose on the curtains, pretty soon they'll stop inviting you for drinks and dinner.

There's a further corollary. When things go south, which they do more often than not, a good soldier falls on his sword. It's attached to the pay grade. Jack Kennedy famously said to his DCI Allen Dulles, after Bay of Pigs, that if we had a parliamentary system, then he, Kennedy, would have to resign, but the way things were, it was Dulles whose head was going to roll. Presidents don't like being caught with their hand in the cookie jar.

It's important to remember that when you take a job close to the president, you only have the one client. What's called in the intelligence world a consumer. In this case, and I've said this before, you can't be distracted. You have no other constituency. It doesn't matter that State, or Defense, or Homeland Security, or whoever, may have competing interests. You keep your ear to the ground, for sure, but you don't dilute your brand. You are owned. You protect your principal, at whatever cost to yourself.

The other thing I want to say about this episode is that people sign on to government service for any number of reasons, including preferment, connections, expediency, and money, but sometimes they simply choose to serve. Michael Flynn was career military, 33 years. Whatever his politics or his personal ambition, he understood duty. Duty not as an abstract, or background noise, but duty defined as an obligation to something outside ourselves, something larger than our own parochial concerns. I'm probably beating a dead horse here, but this is where my real disappointment kicks in. Michael Flynn had a responsibility, to something larger than his private benefit, and he dropped the ball. Not to mention, I'm kind of taking it personally. The guy wanted to feather his own nest, okay, there's enough of that going around. But why did he have to give the rest of us a bad name? Flynn sold his honor cheap.
Posted by David Edgerley Gates at 00:00

Interesting piece, David, and I thank you for it. But in what way was Flynn "feathering his own nest?" I am used to that meaning taking illicit money.


I always felt Tenet fell on his sword. When his first report didn't please the White House, he submitted another until the got it right in the eyes of his boss. But then there's the argument whether he should have stood his ground. Only my opinion, of course.

David, I saw an NBC article that suggested Flynn had shared information both ways and had informed Pence. I can't say I've seen that particularly take anywhere else. Roger Stone was suspected of having dialogues too, and now the Russians are saying there were multiple contacts before and after the election. Surely the Russians wouldn't use disinformation would they? (snort)

RL - In the sense of beefing up his credentials and possible future contracts, if not actually taking bribes while in office. Flynn Intel Group is a private consulting firm that works for both corporate and government clients (Turkey is one). Flynn has taken money in the past from RT, the Russian TV network. What else might come to light, I can't say.
LL - I honestly don't think Flynn put the VP in the loop, which is why he had to go. Pence went to bat for Flynn, when the allegations surfaced, and Flynn made him look foolish.

Mr. Flynn appears, despite his long run of military service, to have had a lot of access to a fantasy world full of conspiracies and fringe theories. It was probably just a matter of time before he would be caught out.

Thanks for this post, David. I cannot escape the feeling that Flynn's fall is just that of the first domino.

I was opposed to Flynn's nomination and appointment from the time I found out about his appearing regularly on RT (Russia Television) as a paid consultant. And then there was Pizzagate....