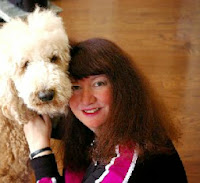 
The rules, the rules…

Always, in my Crafting a Novel college class, beginning students are alarmed to find out there are rules to writing.

I’m not keen on rules in general. After all, I became a writer so I could thumb my nose at reality, right? Control the world of my fiction in a way I can’t control my real life.

All that said (and I could make a blog post out of just that line above) there ARE rules to writing. A bunch of middle-aged guys behind a baize door didn’t make them up for no reason (double negative – Ha! Rule-breaker, you.)

The rules are there for a reason. They’re all about logic. Here are two that are perhaps least understood. Let me make this clear:  You don’t have to follow them (more on that later.) But you do need to know them first, so that you know when you are breaking them. Here goes:

This isn’t a rule. It’s more about savvy marketing. Most novels are written in past tense. Did you ever wonder why?

The trouble with present tense is it defies logic. If what I am reading is happening NOW, then how did it get written down on this page?

Approximately 60% of people (stats from a publisher) have trouble with this. Big trouble. I’m one of them. Our brains can’t accept it. Every time I hit a present tense verb, I’m thrown out of the manuscript. My reading is disrupted every paragraph. Ergo, I will not read present tense books.

Some students tell me they like to write in present tense because to them it ‘feels more immediate.’ (The classic way to do that is by increasing tension, I subtly remind.)

Here’s what I tell students: if you are writing your first genre novel, it might be wiser not to write it in present tense. Publishers know that present tense reduces the potential market because of morons like me who can’t read it. Why put another obstacle in the way of getting published?

(Publisher story: one popular YA dystopian fantasy novel was written and published in present tense. The publisher instructed her to write the second book of the trilogy in past tense.)

Many, many people don’t know the rules to first person viewpoint. So here goes:

The rules of writing in first person are simple: The protagonist becomes the narrator. As a writer, you make a promise to the reader. The person telling you the story is telling their story to you directly. No third party writing it. You are in her head.

I love first person. I *become* the protagonist, when reading or writing first person. But first person has huge limitations for the writer: the person telling the story must be in every scene. Otherwise, they won’t know what is going on in that scene (unless you employ a second person to run back and forth, telling the protagonist. Note the use of the word ‘tell.’ Telling is ho-hum. You won’t want to do that often.)

If your story is in first person, you can’t be switching to another character’s viewpoint. Ever. Nope, not even another viewpoint in first person. Why? Because your reader thinks this: “What the poop is happening here? The book started in first person. The protagonist is supposed to be telling the story. Now someone else is telling it. What happened to my beloved protagonist? Are the original protagonist and writer number two sitting next to each other at twin desks writing the story at the same time and passing it back and forth?”

In a phrase, you’ve broken your promise to the reader.

The rule is simple. If you need to write the story in more than one viewpoint in order to show every scene, then write the whole novel in third person. That's the advantage of third person, and why we use it. You can use multiple viewpoints.

One additional first person restriction: if your protagonist is telling the story directly, then he can’t die at the end of the story. This should be obvious: if he died, who wrote the darn thing?

Should you break the rules?

If you want to break the rules, have at it. You can write what you want. That’s the delight of being an author.

But in my class, you will hear this: The rules are there for a reason. Of course you can break the rules, but if you do, you will lose something (usually reader continuity and engagement.) It’s up to you to decide if you gain more by breaking the rules than you lose by doing so. BUT: If you break them in your first novel, publishers (and savvy readers) will think you don’t KNOW the rules.

So at least go in knowing the rules. And then do what you damn well please.

Final words: Don’t publish too soon. Take the time to learn your craft. And then…be fearless.
Posted by Melodie Campbell at 00:00