Okay on the last day of January, I needed to pick up some things at Costco. 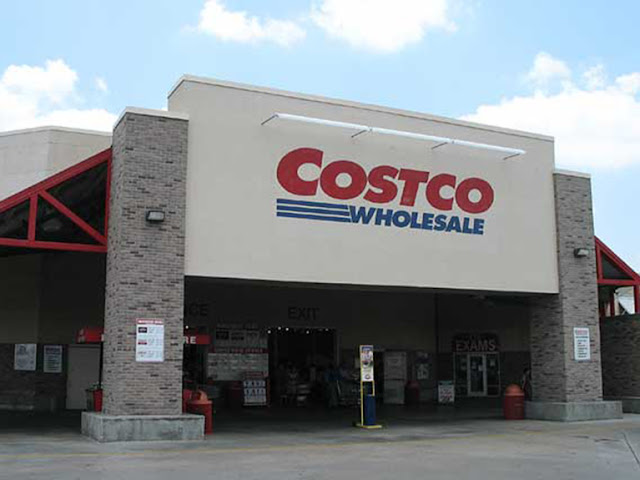 I had the day to myself (grading day–wife at work and son at school), so I headed for Costco early in the day, wanting to get my trip in before the crowds descended on the place like the proverbial locusts.

As I was getting out of my car I saw him out of the corner of my eye. A stocky guy, blond hair, medium height, coatless, no hat (It was cold) walking through the parking lot carrying something black and vaguely resembling a cross between a hoola hoop and a piece of rope, talking to people. I saw him peer in the direction of my car, and then, as I locked up and turned in the direction of Costco's front entrance, I heard, "Good morning."

I turned. There he was: standing not ten feet from me.

As soon as I turned he started talking: he was here on a trip from Yakima with his three kids. His car had broken down: the fan-belt. He held it aloft for me to see.

And he was exactly nineteen bucks short of what he needed to get a replacement.

I told him the truth: I was sorry, but I didn't have any cash on me.

I wished him luck and turned once more in the direction of Costco's entrance.

As I was turning away from him, the image of his hands struck me and stayed with me as I started across the parking lot.

They were the hands of a laborer. Large. Powerful. Covered in the kind of black you get on them when you've been working on an engine, no matter how clean.

A couple of contradictory thoughts ran through my mind: "What if he's really got three kids waiting in a car in need of a fanbelt?"

"He first approached from behind my car. I bought the car in Yakima, and the license plate holder would give him that piece of information. Is that why he mentioned coming from Yakima?"

And then I thought of those times in my twenties, after I got out of the Navy and went to college and was b-r-o-k-e most of the time, and *always* fixing something on my old, cheap cars.

And I couldn't get the image of his hands out of my head, and then the image of my own hands and how they had looked after a morning spent freezing in January in Spokane, just trying to get my piece of crap 1974 Dodge Dart to turn over just ONCE so I could get it to limp home. (It was mostly the electrical system that was shot on that car, in retrospect. Pain in the neck!).

And then I thought, "Jesus, Brian, who cares if the guy's lying about where he's from? Who cares if he's playing you at some level and to what extent he is? It's twenty bucks, not a kidney. How many times did you get lucky and have strangers take pity on you and help you out?"

And I thought about one of the times there were no generous strangers to give a hand. About the Chevy S-10 with what I later learned was a bad valve cover gasket leak, and how, on my way from Spokane to take my first full-time teaching job in Las Vegas, that truck seized up on me right by the side of the I-15 freeway on an August afternoon, five miles north of Cedar City, Utah.

I remembered slinging my laptop over my shoulder, and slogging every step of the five miles in to town to get it towed and looked at and eventually jerry-rigged so it would run and so that I could get it into Vegas, still hours away to the south.

I recalled how I'd stuck my thumb out every time I heard a car behind me, and how every single time that car passed without even slowing down. Every one of those cars had plates bearing the distinctive Utah beehive on them. And I recalled the four separate times some wise-ass in the passenger seat stuck their own thumb out in my direction as some sort of weird, mocking salute.

Couldn't they see my broken down truck a mile, then two miles, then three, then four miles back? Couldn't they put two and two together that I was walking down the highway for a reason?

And then, with about two miles to go, it started to rain.

And like that, I snapped back to the present, turned on my heel and got the guy's attention. He was standing there where I'd left him, looking around and looking like he hadn't a friend in the world. I told him to come with me.

Costco has a cash machine. As we walked across the lot toward it, he thanked me several times, and then asked how I was doing that day.

I looked up at the sky. It looked like rain.

"Doing great today," I said.
Posted by DoolinDalton at 02:07