Last spring, it was a great thrill to have my book On the Road with Del & Louise named alongside Tessa Arlen’s Death of a Dishonorable Gentleman, Cindy Brown’s Macdeath, Ellen Byron’s Plantation Shudders, and Julianne Holmes’ Just Killing Time as finalists for the Agatha Award for Best First Novel. And I was hit with a flood of memories from that experience as I read through the finalists for this year's Agatha Awards in the same category: Marla Cooper's Terror in Taffeta, Alexia Gordon's Murder in G Major, Cynthia Kuhn's The Semester of Our Discontent,  Nadine Nettmann's Decanting a Murder, and Renee Patrick's Design for Dying—and before I continue here on those memories, congratulations to them all!

Last year, during the months between the announcement of us as finalists and Malice Domestic itself, it was a tremendous pleasure to get to know Tessa, Cindy, Ellen, and Julianne through an array of emails and a group blog tour—a journey that not only introduced us to other readers but also brought us closer together in so many ways. While I missed Left Coast Crime when the other four finalists first met one another in person, by the time we all sat down for lunch together at Malice, it felt like family—and those relationships have continued well beyond last year's Malice, with conversations and celebrations at Bouchercon, continued email correspondence, frequent Facebook interactions and IM chats, and more. (Malice has been very good to me in recent years—and this year again, when I'm joining fellow SleuthSayers Barb Goffman and B.K. Stevens on the slate for Best Short Story!—but those of us in short story circles have already long seemed a family, so the experience last year was to a great degree different.)

When this year’s Best First Novel class was announced, I found myself hoping that their experiences would bring them together as closely as ours had last year. And I wasn’t the only one who felt that way; even as I was planning to reach out to the group about a guest post on SleuthSayers, Ellen Byron started a Facebook conversation to connect our group and theirs—sending along our joint congratulations and well wishes to the new class of debuts.

All that in mind, I'm honored today to help Marla, Alexia, Cynthia, Nadine, and Renee kick off their blog tour together, and hope you'll join me in welcoming them and wishing them fun adventures ahead!

Since this is their first outing as a group, my prompt focused specifically on the idea of making a debut: “First impressions can tell us a lot about a person—and first novels may offer us immediate insights into the authors behind them: their interests, their passions, the things they value about the wider world. What drove you to write this book? And what glimpses do we get of you in the characters, the plot, the setting, or the themes?”

I'll let them take it from here: 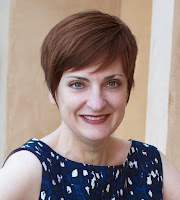 Marla Cooper, author of Terror in Taffeta (Minotaur)
I love weddings—from casual backyard ceremonies to overblown affairs where too much is spent on calla lilies and the bridesmaids all hate their dress. But that’s not what led me to write this series. A few years back, I got a job ghostwriting a book with a destination wedding planner. As she was telling me about her job, I thought, “What a great premise for a mystery series!” Going off to foreign places with people you don’t really know? Everyone looking to you when things went wrong? It had all the makings of a great amateur sleuth. Although my main character was based on someone else, there is a lot of me in Kelsey. We share the same sense of humor, we both tend to be “control enthusiasts,” and we’re both prone to colorful interior monologues. The only real difference? I’ve never run across a dead body at a wedding. Yet. 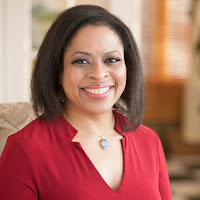 Alexia Gordon, author of Murder in G Major (Henery Press)
Murder in G Major originated in Southern Methodist University's Writer's Path program as a class assignment. Our instructor asked us, "What's your story about?" and gave us ten minutes to come up with an answer. I resurrected a "what if?" daydream I'd had—what if an African American violinist was broke and stranded in an Irish village? (I'm an introvert who lives in her head. My daydreams are complex and often cinematic.) I knew I wanted to write a mystery so I added "and found a dead body." A few (dozen) drafts later, that class assignment had morphed into my novel.
What glimpses of me does Murder in G Major reveal? I couldn't find a cozy mystery with an African American sleuth from a middle-class background. Many African Americans are highly educated professionals who enjoy a high living standard, yet we're invisible. When we do appear in crime fiction, we're portrayed as victims or criminals from the lower socioeconomic strata or as police officers who've clawed their way up from that background.  So, I took Toni Morrison's advice and wrote the book I wanted to read. My protagonist is an African American female with multiple degrees, a physician mother, a professor father, and scientist siblings.
I'm a Hibernophile so my novel is set in Ireland. Wish fulfillment's mixed in. I love classical music and wish I had musical talent so my protagonist is a brilliant musician. I've gained an appreciation for the folklore of my Southern heritage as I've grown older so my protagonist learns to admit tales of haints and boo-hags heard in childhood took root in her unconscious and color the way she interprets creaks on stairs and bumps in the night.

Cynthia Kuhn, author of The Semester of Our Discontent (Henery Press)
Ever since discovering the wonderful Kate Fansler series by Amanda Cross (Professor Carolyn G. Heilbrun) in a used bookstore, I have been a huge fan of academic mysteries. They tend to address academia’s complicated issues in thoughtful (and often playful) ways. The Semester of Our Discontent was born of one stressed-out, caffeine-infused night in graduate school during which I was trying to finish a seminar paper. As I struggled to wrestle my uninspired thoughts about the assigned topic into an argument that made any sort of sense, I was struck instead by the basic idea for Semester. I jotted it down, and the story continued to nudge me for years until I finally started writing the book. In response to the second question, the setting is completely opposite: Stonedale is a small private school, and I work at a large public university. And Lila’s a character in her own right, but we do teach the same things, and—so far at least!—we care about the same issues.

Nadine Nettmann, author of Decanting a Murder (Midnight Ink)
Decanting a Murder combines two of my passions: wine and mysteries. After wine became a big part of my life in 2011, I wanted to incorporate it into a novel and have a character solve mysteries with her wine knowledge, similar to a Jessica Fletcher in the wine world. While I’m a Certified Sommelier just like my main character, Katie Stillwell, we’re very different even though we have a lot of the same interests. Sommeliers have the opportunity to share each wine’s story when they open a bottle, so I wanted to set the novel where the wine’s journey begins—in the winery and its sun-kissed vineyards. My state of California is home to many wonderful wine regions so I chose Napa Valley as the location and Decanting a Murder was born.

Renee Patrick (Rosemarie and Vince Keenan), author of Design for Dying (Forge)
Design for Dying is set in Los Angeles in 1937, during Hollywood’s Golden Age. So it won’t come as a surprise we’ve both been huge movie fans since we were kids. Rosemarie once faked illness as a child so she could watch King Kong on the Million Dollar Movie every day for a week. It was our love of classic film that brought us together—we celebrated our 25th wedding anniversary just weeks after Design was published—so it made perfect sense that our novel would be set in Tinseltown. Now when we watch Turner Classic Movies, we call it research! More seriously, Lillian Frost, one of our main characters (the other being legendary costume designer Edith Head), is a tribute to Rosemarie’s mother and aunts, women who grew up in the 1920s and ’30s and faced the Depression with grit and grace. Lillian’s journey west was undertaken by many young women attracted to Hollywood. Only a tiny fraction of them could have careers in show business, and the rest needed to make lives for themselves. We wanted to show that resourceful spirit in action.

For the complete list of Agatha finalists, visit Malice Domestic’s website here. Look forward to seeing everyone in Bethesda in late April!

Congratulations to everyone and good luck!

Besides being an excellent send off for this year's finalists, your blog makes the point that in these days when authors are expected to promote themselves being part of a group is almost essential!

Thanks, Paul and Janice, for the first comments here! It's an honor to host these folks today--and yes, being part of a group does indeed help, and more than that, I think we all do better cheering one another on. Such a great and supportive community always!

Thanks, Art. I enjoyed getting to know the nominees and their novels a little better. Congratulations and best of luck to all!

All worthy nominees and I am very excited for them. Crime fiction readers are the real winners, as we will have year's worth of novels from these folks.

Thanks, Bonnie and Kristopher! Good point there at the last--we're absolutely the winners here. :-)

Enjoyed this post, Art. Congratulations to all the nominees!

Congratulations to every nominee - and the books sound wonderful!

It's been so much fun to get to know all the nominees. Best of luck!

Thanks so much for hosting us here today, Art!

Thanks, John, Eve, and Aimee, for chiming in—and Marla, a real thrill to have y'all here!

Wonderful post! I enjoyed learning the genesis of each book, especially since I've read them all except one. But Alexia Gordon,your book is being delivered to my Kindle as I write this!

You're ahead of me, Ellen! I need to catch up on reading all these!

Thanks for having us, SleuthSayers--and thanks to the kind commenters, too!

Such a pleasure to be here with this wonderful group of writers! Thanks Art and SleuthSayers!

Congratulations to all the nominees. Can't wait to see you at Malice. xo Terrie

Congrats to all of you. I've read two of the books and really enjoyed them. Looking forward to reading the rest soon. And it was fun getting to know you all a little better.

Running behind on my thanks!
Congrats again, Cynthia and Renee, and thanks for chiming in.
Hey there, Terrie! It's a Best First party now! And yes, looking forward to seeing you at Malice.
And Mark, always a pleasure to see you--and looking forward to hearing your thoughts on all these books. See you soon!

Thank you, Art and Sleuthsayers, for hosting us! And thank you to everyone who commented!

Thanks, Nadine, for the great contribution to the discussion—and for chiming in here in the comments too!