Take the Money and Ron


by John Floyd
I like titles. I especially like trying to dream up good titles for my short stories.

What is a good title? That's hard to say. Sometimes you just know one when you see it. I think the best titles are those that are catchy and/or mysterious and/or appropriate to the story. And I like it when there's a hint of a "double meaning."

I confess that I'm always a little disappointed if an editor changes my title before publication. Not angry--just disappointed that she didn't agree with my choice. I've found a way to ease the pain, though: since I recycle a lot of my stories as reprints, I usually reinstate my original title when/if I'm fortunate enough to sell the story again elsewhere. Not that it matters, but Woman's World has changed more of my titles--46 out of the 84 stories I've sold to them--than any other magazine I submit to. Two more observations: (1) Anthologies seem less likely to ask for a title change than magazines, and (2) so far I've not had a title changed by AHMM, EQMM, Strand, or any of the other mystery publications. That's probably a mystery in itself.

Here are some examples of my titles, from both magazines and anthos, that were overruled. (My choice is listed first, the editor's second.) 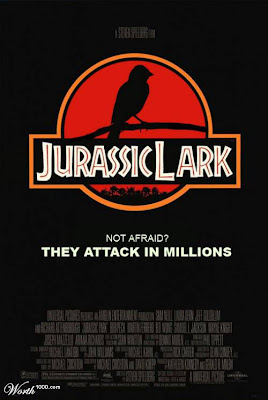 
. . and so on and so on. And yes, I grudgingly admit that some of the changed titles wound up sounding better than the ones I created.

My most recent story in Woman's World (their January 16 issue) was changed from "Out of Left Field" to "Relative Strangers." The new title wasn't bad--in fact it was pretty good--and it remained appropriate to the plot, but I liked my original choice because one of the main characters was a left-handed former ballplayer and the solution was (hopefully) unexpected enough to come "out of left field." Oh, well. Another of my recent WW stories (the November 28 issue) involved a character I named Ron McNair, who was robbed and then kidnapped. The title I chose for the story was "Take the Money and Ron," which I thought was incredibly clever. (My wife would tell you, with a roll of her eyes, that I often think I'm incredibly clever, even if no one else does.) Anyhow, "Take the Money and Ron" got changed to "Candid Camera." Again, I prefer the title I dreamed up--but the new one worked also. I took the money and ran.

My point is, you as a writer might just as well accept this kind of thing, because it happens now and then and unless you're more important than I am there's nothing you can do about it. And there are sometimes good reasons for a title change. Maybe a similar title, one the writer didn't know about, recently appeared in the publication. Maybe the meaning of the title wasn't as clear to the editor as it was to the writer. Maybe the editor just didn't like it. The editor is, after all, the captain of the ship, and--as my hero Mel Brooks once said--"It's good to be da king."

Going back to examples, I've heard of a few well-known short stories whose titles got changed,
but mostly we hear about changes to the titles of novels. The following is a list of original titles (sometimes they were the authors' "working titles"), followed by the result:


Something That Happened -- Of Mice and Men 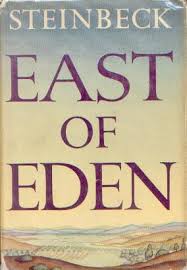 Salinas Valley -- East of Eden
Elinor and Marianne -- Sense and Sensibility
Private Fleming, His Various Battles -- The Red Badge of Courage
Mag's Diversions -- David Copperfield
Poker Night -- A Streetcar Named Desire
The House of the Faith -- Brideshead Revisited
The Last Man in Europe -- 1984
Paul Morel -- Sons and Lovers
They Don't Build Statues to Businessmen -- The Valley of the Dolls
The Mute -- The Heart is a Lonely Hunter
O Lost -- Look Homeward, Angel
Kingdom by the Sea -- Lolita
Mind and Iron -- I, Robot
Cancer -- Dreamcatcher
Return to the Wars -- To Have and Have Not
Robotic Banana -- A Clockwork Orange
All's Well That Ends Well -- War and Peace
Summer of the Shark -- Jaws


I don't know about you, but I'm glad most of those early choices underwent a do-over.

What are your thoughts, about this subject of editors and publishers changing the titles of stories/novels? How often has it happened to your creations? When it happens, does it bother you? Do you ever feel the changed title is better than the one you came up with? Have you ever protested, or would you ever protest, a title change?