by Steve Liskow
Well, 2017's a week old, but this is my first chance to wish everyone a Happy New Year dripping optimism and good intentions. Those good intentions show up in the resolutions we make and--sorry, but it's true--often break. Many writers vow to read more books, review more, attend more workshops, or improve their writing in some way, and I'm no different. Especially when I look back at how far I've come...and how much further I still need to go.
I tell people in my workshops that if you can read something you wrote more than two years ago without wincing, you have stopped growing as a writer. The only upside to low standards is they make you harder to disappoint.

In the 1970s, I wrote five deservedly unpublished novels. When retirement loomed in the new millennium, I knew I wanted to make at least one of those novels better and vowed to learn the craft, which I'd never bothered to do before. As an English teacher I knew how to write a decent sentence or paragraph, but I'd never learned how to tell a story. Once I retired, I attended workshops, joined writing groups, and read dozens of books on writing. I'd always read writing texts for the classroom, but now I had a different focus. It was the start of a much more arduous journey.

Since I began teaching, I have probably read over 1000 books on writing or how to teach writing, and it's a sad paradox that most of them are poorly written. English teachers worry more about formal correctness than style, and most creative writing classes are too big to give people individual attention. Writing is a personal thing and everyone does it or learns it differently, which is why composition classes have such mixed results. You need to do most of the work yourself. 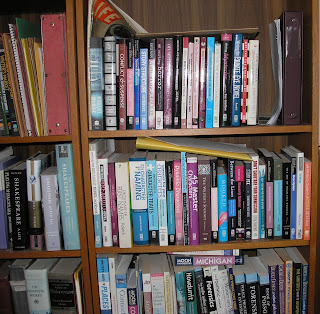 And here's how. The following list is for potential fiction writers, not necessarily of mystery/crime, but slanted that way. These are the books that have helped me, which doesn't mean they will help you, too, but give them a shot.

The Anatomy of Story by John Truby                        This is geared toward screenwriting, but it covers premise, plot, character, setting, dialogue, and how to blend them into a cohesive whole better than any other book I've found. 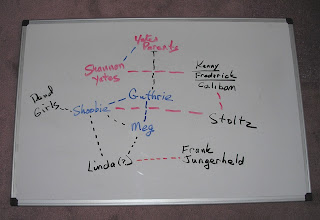 Story Structure Architect by Victoria Lynn Schmidt          This expands Georges Polti's over-praised The 36 Dramatic Plot Situations from a century ago. Schmidt, also a screenwriter, is clear, concrete, practical and demanding. The offers many questions that will help you generate your own ideas in a lot of different forms.

Story by Robert McGee                   This has been considered the book for some time, and I think it gets a little more abstract and philosophical than it has to. I prefer Truby, but it's a matter of taste.

Scene & Structure by Jack Bickham                  Bickham's prose is dry but his discussion is crucial. Many later books refer to this one, which is appropriate because nobody else has explained the mechanics as well or as thoroughly.

The Writer's Journey by Christopher Vogler            One of many books on the Jungian/Campbell hero model, but more readable than most of the others. Like Schmidt, Vogler is a script doctor.

I've found more good books on character than on any other fact of fiction, and here are my faves.

Dynamic Characters by Nancy Kress
Character, Emotion and Viewpoint  also by Nancy Kress                     These two books repeat a little material, but Kress's discussion is concrete and practical. The first book includes a huge worksheet for developing a character that may be overkill but demonstrates how much there is to consider. It also has an excellent discussion different ways to handle internal monologue.

Character Naming Sourcebook by Sherrilyn Kenyon              There are several dictionaries of baby names and the like, but this one cross-references by nationality, meaning, and gender. It also has common surnames and explains how the language or culture developed those names. 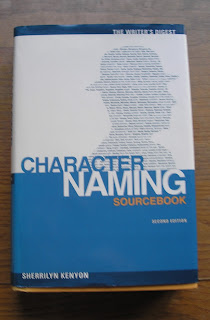 45 Master Characters by Victoria Lynn Schmidt                Same author as the plot book. She uses mythology and Jung to sort the characters into types and has a concrete discussion of how various character complement each other to develop a deeper plot.

Dialogue by Gloria Kempton            There are few books on dialogue, and most of the others are terrible, including those geared toward play-writing. The belief seems to be that either you can write it or you can't (mostly the latter), but this book give you solid techniques and exercises that generate plot or character, too. It's cheaper than taking my workshop, too. ;-)

Hooked by Les Edgerton              Supposedly about openings, it covers several other aspects of fiction and ties them together well.

Description by Monica Wood                 A masterpiece about the technique everyone loves to overuse...badly. This book shows how description can strengthen theme, tone, character, setting, and everything else.

The Power of Point of View by Alicia Rasley

Setting by Jack Bickham                  Again, dry prose but a deep and thoughtful discussion of all aspects of how and why your location can make or break your plot and your characters.

Don't Sabotage Your Submission by Chris Roerden               If you don't already have this book, buy two copies, one as a spare for when you wear the first one out. Roerden is a former reader for a major publisher and also a ghost-writer. Here, she offers helpful--and often hilarious--examples of how to ruin your writing and how to fix it.

Revision and Self-Editing by James Scott Bell                This covers all the crucial issues above: plot, character, pacing, dialogue, tone, point of view, and gives helpful examples and exercises. Even though it's only one chapter, his discussion of dialogue is second only to Kempton's.

Story Fix by Larry Brooks                 Brooks offers a long discussion on the importance of a solid concept and premise, which few other books even mention. He makes a strong argument for tweaking that idea until it can support the mechanics of plot and character and shows how to strengthen your structure.

Self-Editing for Fiction Writers by Browne & King                 This has been around for quite awhile, mostly because it's very good.

Sin & Syntax by Constance Hale                 Discussing how to build a style and voice is both difficult and dangerous, but this book does it well. Again, many excellent and funny examples. 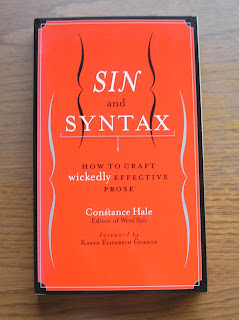 Alone With All That Could Happen by David Jauss                             This is a collection of essays on various aspects of writing fiction. Jauss's discussion of point of view leaves everyone else back on the wagon train, and his analysis of present tense is only slightly less brilliant.

You'll probably notice a few omissions. Yes, The Elements of Style is a crucial text, but it's better for exposition than it is for fiction. Writing narration as Strunk and White suggest can lead to a more clipped and impersonal voice than you might want for stories. That said, it's the be-all and end-all for crafting strong prose. I've also left off grammar books and dictionaries because I'm an old-fashioned grump.  If you don't know grammar, spelling, and punctuation already, why the hell do you think you should be a writer?

What are your favorite books that I've missed?
Posted by Steve Liskow at 00:01