Resolutions ultimately are about taking control over your life, improving things by effecting change, not waiting for someone else to do it for you. That make-it-happen attitude is great for real life. And it's also great for mystery protagonists. It's much more 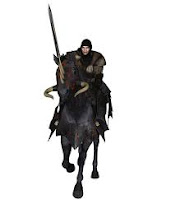 interesting to read about a damsel who saves herself rather than waiting for the knight on his horse. In the same vein, it's more gripping to read about an accused murderer who sets out to find the real killer rather than watching him waiting and worrying, hoping the cops and prosecutors--or even a jury--realize they've blamed the wrong guy.

Both my short stories published this year have characters who make things happen, for better or worse. In "Stepmonster," a woman blames her stepmother for her father's death, so she sets out to avenge him. In "The Best Laid Plans," the lifetime achievement honoree (LAH) of a mystery convention is dissed publicly by the convention's guest of honor (GOH) just weeks before the event begins. The LAH responds by saying nothing publicly, trying to appear the better person. But she also plans some non-lethal dirty tricks so that the GOH suffers during the convention. Or so she hopes.

The protagonists in both stories might not be reacting in an emotionally healthy manner to their situations, but that's okay. In fact, it's better than okay. It's great. By resolving to get revenge, they set in motion a stream of events that are, I hope, page-turning. (You can find out for yourself. Both stories are available on my website for your reading pleasure. Head over to www.barbgoffman.com and click on each story title from the links on the home page.)

Many other crime stories were published this year with protagonists who take charge. Here are a few from the anthology Chesapeake Crimes: Storm Warning (in which "Stepmonster" appeared):

The key in all the stories is the protagonist isn't passive. She takes action. And it's those actions from which the story unfolds. Have you read any great short stories this year with protagonists who make things happen? I'd love to hear about them. Please share in the comments.

In the meanwhile, get busy on those new year's resolutions. I hope one of them involves reading.
Posted by Barb Goffman at 00:00