by O'Neil De Noux
George Alec Effinger was a great New Orleans writer and should be recognized as we recognize William Faulkner, who wrote his first novel while living in Pirate Alley in the French Quarter, and Lilliam Hellman, who was romantically involved with Dasheill Hammett and wrote THE LITTLE FOXES and WATCH ON THE RHINE and Truman Capote , who was born in New Orleans, and even Tennessee Williams who wrote A STREETCAR NAMED DESIRE while living on St. Peter Street. George lived quietly on Dumaine Street and other areas of the city for over thirty years and penned some of the best science-fiction short stories and novels of the late 20th Century. He took a young writer (me) and taught me how to write a short story. FYI: I've been able to sell over 300 short stories and win the SHAMUS Award for 'Best Private Eye Short Story' and a DERRINGER Award for 'Best Novelette'. 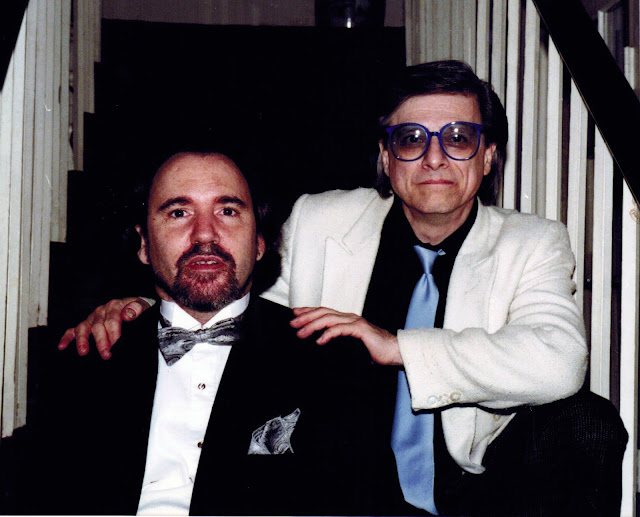 George was recognized by his peers, winning science-fiction's prestigious NEBULA Award, HUGO Award, and Japan's version of the Hugo, the SEIUN Award. There are no more clever, well written books than George's SF-mystery novels WHEN GRAVITY FAILS, A FIRE IN THE SUN and THE EXILE KISS. He even wrote straight mystery novels, SHADOW MONEY and FELICIA. 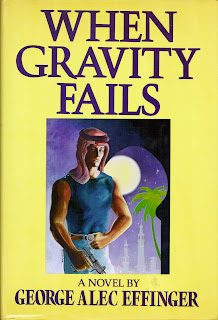 Living in constant pain from lingering illnesses most of his life, George died in near poverty. It took nearly 20 years for the New Orleans literary community to even acknowledge a writer of his stature was living and working here and even after, he was labeled a 'New Orleans based writer' because (as most New Orleanians know) if you weren't born or raised in New Orleans you're not a New Orleanian no matter how long you live here. George arrived as an adult. That label bothered him. For someone who laughed so much and brought laughter to his friends, his was not a happy life.

The final insult came from our local newspaper (a paper who neglected him for most of his life) who described him in their obituary as a Cleveland native. The accident of a man's birth does not make him a native of that location. George was from New Orleans, man, like few others. 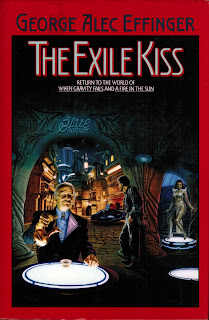 Here's another irony. I've read many books by New Orleans writers acclaimed by critics and reviewers with far less feel for our city that Effinger did transposing the French Quarter to a futuristic  Arab world. Take a walk along the dusty, Raymond Chandleresque streets of the dark Budayeen, starting with WHEN GRAVITY FAILS. This a unique mystery series.

Thank you, George. You are remembered and your writing cherished. Inshallah!
Posted by O'Neil De Noux at 00:01