by Eve Fisher
Back in December, 2005, the Zip Feed Tower in Sioux Falls, SD, was demolished to make room for retail and office space.  Things didn't go that well:


It's still a running joke up here, and they show it semi-regularly on TV.  Eventually they took a crane and wrecking ball to it, which worked a treat.

However, last week we had a tragedy in Sioux Falls, when a building came down that wasn't supposed to:  December 2, 2016, the Copper Lounge building collapsed out of the clear blue sky while a lot of people were having coffee across the street.  A Mercedes parked right outside the building was crushed; a woman who lived in an apartment was trapped with her dogs, all were eventually rescued; but a man who was working construction in the building was killed.  (The Copper Lounge Collapse.)

Now, before it got tragic, I admit, my first thought was to blame HGTV, because all anyone can talk about on those shows these days is an "open floor plan".  Obviously, someone took out a supporting wall. And - sadly - I was right. This was an old building - built in 1916 - and "Sioux Falls City Building Services approved a limited permit authorizing Hultgren Construction to remove interior finishes such as furnishings, floor coverings, ceiling tiles, and an existing bar area." But the permit did NOT authorize removing walls, as you can see they did in the photo to the left. (Hultgren Construction removed that photo from their website, but local news, and others, posted it on Facebook sites time and again.)

Then, two days later, a hole in an adjacent (and now exposed) wall opened up (belonging to an entirely different business). Emergency Management had put up shoring to protect the first responders and to keep more walls from collapsing, but "The weight was eventually going to take it [down]... That area was heavily compromised." Basically, a lot of businesses are closed. And at some point, a lot of lawsuits are going to be started.

So, lesson of the day:  if you must have an open floor plan, remember that old buildings, like people, don't care to have large chunks removed, and make sure that you leave important supporting walls where they are.  And get all the necessary permits.

On to more fun things, like elections.  South Dakota stayed Republican, and if this shocks you, remind me tell you that "The Wizard of Oz" is a work of fiction.  Donald Trump got 227,701 votes, Hillary Clinton got 117,442 votes, and Gary Johnson got 20,845 votes, with 69.6% of the electorate voting, which isn't bad.  We also had a slew of ballot measures, of which 4 passed:

(1) Amendment R, which transfers control of tech schools from local school boards to a new... something. It's now up to the SD legislature to decide what kind of supervision/board and how much funding to give them. (Note to tech schools: our SD legislature is notoriously cheap about everything but EB-5 and Gear Up. Don't hold your breath.)

(2) Initiated Measure 21, which caps payday loans at 36%, no exceptions. I am happy to say that Chuck Brennan, a former rock concert promoter and CitiBank collections professional, the mastermind behind the multi-million dollar Dollar Loan Center, is indeed doing what he promised, which is that if Measure 21 passed, he'd pick up his toys and go back home to Vegas. (Hint: He's not as popular in SD as he thinks he is.) He's selling the recently purchased Huset's Speedway (bought it for $1 million, wants to $9.5 million), and we're all waiting to see what he'll do with Badlands Pawn and Badlands Radio.

(3) Amendment S, "Marsy's Law", "creating constitutionally protected rights for crime victims" although they already had them under the SD constitution. This one passed in a landslide, because there were so many ads (with and without star power) that there were barely any fast food commercials on TV for October and November.  That was because Marsy's Law is bankrolled by California billionaire Henry Nicholas III, whose sister was murdered in 1983. Her killer was sentenced to life in prison with the possibility of parole, and he and his family attended all the parole hearings, in which the killer was always denied parole.  But apparently that wasn't enough. Mr. Nicholas wants "Marsy's Law" to be not only law nationally, but to become an Amendment to the United States Constitution - see https://en.wikipedia.org/wiki/Marsy's_Law), and is willing to shell out big bucks to do it. (He passes laws, the Hunt boys tried to buy up all the silver in the world, everywhere you look, billionaires have hobbies.)

Anyway, now we have Marsy's Law, and like the dog catching the car, nobody knows what to do with it. The police already aren't giving out address of crime sites anymore - what if there's a victim there? Supposedly, now, a crime victim does not have to be deposed by a defense lawyer (even though that's in the US Constitution.) And everyone agrees that it costs will go up, as notifications now have to go to victims of ANY kind of crime (not just felonies) and sentences will probably get longer, as notifications have to be sent to every crime victim and their families.  More later.

(4) Initiated Measure 22, on campaign finance reform. This is the really fun one: It requires more disclosures and reporting; lowers contribution amounts to AND from PACs, parties, and candidates at all levels. It also creates a publicly funded campaign finance program for statewide and legislative candidates who choose to participate and agree to limits on campaign contributions and expenditures. (Under the program, two $50 'credits' are issued to each registered voter, who assigns them to participating candidates. The credits are redeemed from the program, which is funded by an annual State general-fund appropriation of $9 per registered voter. The program fund may not exceed $12 million at any time.) And it creates an appointed ethics commission to administer the credit program and to enforce campaign finance and lobbying laws. It also prohibits certain State officials and high-level employees from lobbying until two years after leaving State government. It also limits lobbyists' gifts to certain state officials and staff members.

In case you're wondering, IM 22 is being fought tooth and nail by the GOP Legislature. Now I understand totally why no one wants to come up with those $50 per-tax-payer-credits.  (HINT: with no income tax, our only revenue is sales tax, and sales have gone down; WAY down.  We don't have money for much of anything in SD.) But that's not the reason our Legislature is already talking about nullifying the will of the people, either by hook (lawsuit) or crook (repeal).  It's about money, honey, and jobs: So far, 12 legislators and 1 organization are filing a Lawsuit HERE, because the legislators are claiming they would need to quit the Legislature or quit their jobs, or their spouses would need to quit their jobs because of conflict of interest. (Makes you wonder who's doing the hiring, doesn't it?)  And the Family Heritage Alliance group ("protecting and promoting faith, family, and freedom", and they only mean conservative Christian), which lobbies our Legislature with considerable success every year, is suing because... well, obviously, they spend some money to get their views... enabled. And our fearless leader, Gov. Dennis Daugaard has (1) said that he'll support repeal if the measure isn't struck down in court and (2) NO MATTER WHAT, he will not fund IM 22.

Meanwhile, going back to Marsy's Law, fear not:  after a month of confusion, our Attorney General, Marty Jackley, has just announced that crime victims have to opt-in for their rights under Marsy's Law, and names, addresses, etc., may continue to be given to news media, insurance companies, etc. (In an interesting twist, he said that crime victims have to opt-in the same way perpetrators do...)  And, although Marsy's Law also increases costs (extra hearings, longer jail times, more contacting victims and victims' families), it will be fully funded, one way or another.

Anyway, one good thing that came out of this is that we know who's running for governor in 2018: South Dakota United States Representative Kristi Noem (who looks great on a horse, and whose family makes their living off of crop insurance, both receiving - 18th largest recipient in the state! - and selling it) 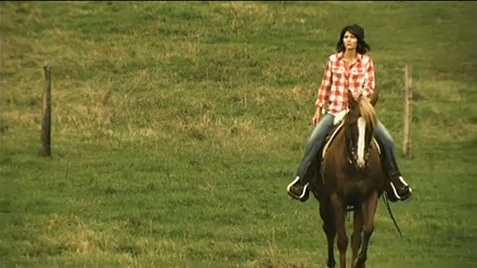 and our Attorney General, Marty Jackley (who still can't find the Westerhuis safe, but does have good Anderson Cooper hair).

They both opened campaign accounts and transferred money in a couple of days before the IM 22 became law (remember, it limits campaign contributions).  So we also know that Noem has $1.6 million and Jackley has $730,000 in their treasure chests.  This should be fun.  This should be epic. Bring popcorn.

Well, that's it for now.  More later, from South Dakota, where we talk like Mayberry, act like Goodfellas, and the crazy just keeps on coming.

Your state is beginning to sound like Florida without the hot weather. But don't feel too bad, our small state just had our capital city taken for millions on a bogus soccer stadium scam and its new minor league baseball stadium is now a year late and getting finished with no end to cost over runs in sight.

Janice, it's always something, isn't it? My current enragement isn't with Gov. Daugaard (I always expect him to not fund anything and everything), but with the out-of-state RV crowd who register as SD residents and vote absentee in our elections. We have 1000 of them registered to vote in a county of 12,000. I don't mind them voting as they will in the national stuff, but rumor has it that they caused a significant change in the local election...

Thanks for the news about South Dakota, Eve. I can't honestly say that your column made me miss Sioux Falls, but it did stir some memories. And it's always interesting to find out about what's going on.