Tales From the Dark Side

NOTE: I'm pleased today to welcome my friend and 2016 Golden Derringer Award recipient Michael Bracken as a guest blogger. Although Michael has written several books, he is better known as the author of more than 1200 short stories published in Alfred Hitchcock's Mystery Magazine, Crime Square, Ellery Queen's Mystery Magazine, Espionage Magazine, Fifty Shades of Grey Fedora, Flesh & Blood: Guilty as Sin, Mike Shayne Mystery Magazine, and many other anthologies and periodicals. He has received two Derringer Awards, was nominated for a third, and has earned several awards for advertising copywriting. Stories from anthologies he edited have been short-listed for the Anthony, Derringer, Edgar, and Shamus awards. He lives, writes, and edits in Texas. Learn more at www.CrimeFictionWriter.com and CrimeFictionWriter.blogspot.com. As always, it's great to have you here, Michael! -- John Floyd 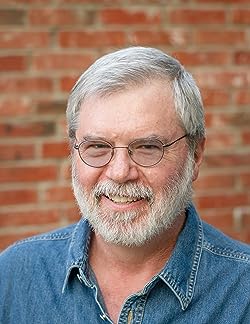 I don't discuss editing near as often as I discuss writing, but my editing career stretches back almost as far as my writing career. My first published writing was a poem in my junior high school's literary magazine when I was in the 9th grade. My editing career began two years later with a science fiction fanzine my best friend and I started when we were high school juniors. I then edited my high school newspaper as a senior, continued editing and publishing my fanzine for several years post-high school, and later edited several company and organization newsletters.

For many years now I have been editor of a weekly newsletter, managing editor of a bi-monthly consumer magazine, and an editor for a monthly tabloid newspaper. Additionally, I have edited eight crime fiction anthologies (five published and three cancelled prior to publication) and one essay collection.

Editing Knights, the fanzine Joe Walter and I started in 11th grade, brought my first contact with professional writers. I published regular columns by Grant Carrington, Charles L. Grant, and Thomas F. Monteleone, and work by Robert Bloch, Algis Budrys, David Gerrold, Larry Niven, Jerry Pournelle, and many other writers who were then, or later became, widely published science fiction, fastasy, and horror authors. These are the writers--especially Grant, Charlie, and Tom--who taught me by example what it meant to be a professional writer.

I have tried, as a writer, to live up to the standards of professionalism these writers exemplified. As an editor, I wish other writers did the same.

Though I don't have any sordid tales of debauchery to share from the dark side of the editor's desk, I do find that too many writers and would-be writers stumble over fundamental aspects of professionalism. Following are a few examples of how:

Plagiarism. In a word: Don't. Several years ago, a regular contributor to one of the publications I edit submitted an article that included a quotation from a famous play. As part of my editing responsibilities, I searched for the proper attribution (author, play, act, scene, line) and discovered instead that the quote was but a small part of a significant portion of the article that had been lifted verbatim from another source. When confronted about this apparent plagiarism, the writer provided many excuses for the grievous failing. Though I sometimes see that writer's byline in other publications, that writer no longer contributes to the publication I edit, nor will that writer ever contribute to any other publication I may edit in the future.

Failing to withdraw work accepted elsewhere. Within the past year, I prepared an article for publication, all the way from initial editing through page layout. While in the process of determining how best to illustrate the article, I learned it had been published in a non-paying online publication a few days earlier. The article was removed from my publication's production schedule and replaced with another. Not only did this writer lose income, but it is unlikely the publication for which I edit will ever again consider this writer's work.

Failing to incude contact information. Writers frequently fail to provide complete contact information (name, address, phone number, and email address) on their manuscripts. During the production process, email attachments often get separated from submission emails, so that, even if this information is provided in the body of the original email, I have a difficult time tracking it down several months after submission when the work is slated for publication.

Worse, though, is what happened recently. An article made it all the way through to publication. When it came time to pay the writer, we discovered that the only contact information we had on hand--after searching through a year's worth of emails--was the writer's email address, and the writer has not responded to any emails we've sent requesting a mailing address. For this failing, the writer might never be paid.

I edit far more non-fiction than fiction, so I work with many contributors who are not writers. They are, instead, professionals for whom writing is a secondary task. I have worked with manuscripts prepared using a variety of fonts, a variety of font sizes, a variety of paragraph indents (or no indents at all), and which violate every "rule" of proper manuscript preparation (see this link.)

Part of my job as an editor is to reformat all of these mss. before they are put into the production pipeline. To avoid irritating your editors, consider following these manuscript guidelines:

1. Put your name, address, phone number, and email address on the manuscript itself.