It Starts with a Title

Can you write a story from a title? Sure. There's a YouTube video of John Lennon claiming his young son Julian rushed into the house once and pointed outside and said something that sounded like LUCY IN THE SKY WITH DIAMONDS and John wrote the lyrics to the song. I saw another YouTube video in which Lennon said something else about how the song was written but both times he claimed he wrote the song from the title. And not from a drug-induced hallucination.

Looking back, I realize how many of my stories started with a title and nothing else. Inspirations from something heard or read. 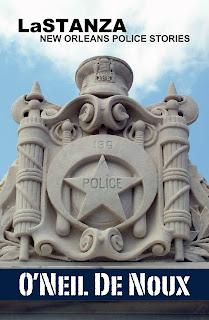 My wife walked into my home office once with a catalog (either a Victoria's Secret or Frederick's of Hollywood). She declared, "Did you know they make a bra called the Kissable Cleavage bra?"

I told her no and thanked her for the title. She rolled her eyes as I opened a new word file and called it KISSABLE CLEAVAGE IDEA. It didn't take long to figure this needed to be a private eye story so I gave it to my part-time lothario PI Lucien Caye. "Kissable Cleavage" has been published three times, including in THE MAMMOTH BOOK OF BEST NEW EROTICA, VOL. 7 Caroll & Graf (US) and Robinson Publishing (UK). 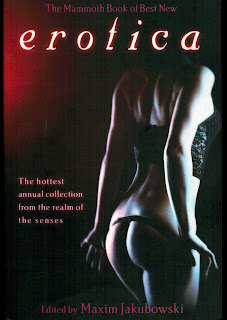 It isn't alwasy easy. Writer-Editor-Publisher Maxim Jakubowski, father of London's MURDER ONE bookshop, explains, "Half of my books/stories begin with a title and somehow I have to come up with the subject and/or plot to suit it! And further, I've seldom managed to get a single piece of fiction started without knowing the title from the outset and only rarely has it changed in the writing process! I wouldn't recommend this way of doing things, but it works, albeit sometimes rather painfully, for me at least."

Reading Harry Whittington's 1958 mystery, WEB OF MURDER, I saw the lines - "Once a man breaks a law, he can expect consequences. Not just some of them. All of them." My story "Expect Consequences" was published twice.

My Cajun grandmother used to sing in French while she quilted in her work room. After I became a writer, I asked an aunt about one refrain that resonated with me. It sounded lovely in French. The English interpretation was - "the heart has reasons of which reason knows nothing." I challenged myself to write something from that saying. I wrote a 7200 word short story, "The Heart Has Reasons," which was published in ALFRED HITCHCOCK MYSTERY MAGAZINE. The story was awarded the 2007 SHAMUS Award for Best Private Eye Short Story.

Los Angeles mystery writer Paul Bishop, author of the CROAKER novels, among many others, explains, "I almost away have to have a title before I begin a novel. I'm unsettled otherwise and the writing does not go well." 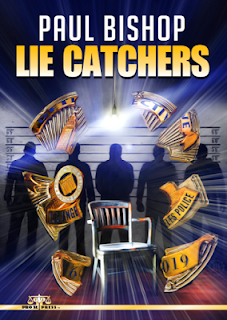 I guess my favorite is another wife-inspired story. One evening she came into the living room and spied me watching an Agatha Christie movie I'd been catching every time it came on. She asked, "Is that Death on The Nile?" Only I heard "Is that Death on Denial?" My story "Death on Denial" featured a gun moll, a hit man and a old gangster who repeatedly watched DEATH ON THE NILE, over and over. That story has been published five times, including in Otto Penzler's BEST AMERICAN MYSTERY STORIES 2003 (Houghton-Mifflin).

In each case there was no story, no plot. It started with a title. How many of your stories or novels started this way?