Dare to Be Bad: Human Remains


by Melissa Yi
Once upon a time, two writers challenged each other to write a story a week. It didn’t have to be good. In fact, their motto was “Dare to Be Bad.” But it had to be done at the end of the week.
If a writer failed to write a story, s/he had to buy the other a steak dinner. Because they were poor, this was great incentive.


They wrote a story a week. They mailed the stories to editors instead of obsessively rewriting. They got better and better. You may recognize their names today as Nina Kiriki Hoffman and Dean Wesley Smith. I met them when I was a winner in Writers of the Future in 2000 and found both of them inspiring.

After going to Writers Police Academy this month, I realized that part of the reason that I was locked up on the fifth Hope Sze book, Human Remains, was that I wanted it to be amazeballs.

Now I still want it to delight, entertain, shock, and thrill, but I also want it to be done. And I want to loosen up about making it perfect.

I also got a jump start in June when I visited the stem cell lab of William Stanford, in Ottawa. He kindly gave me a tour and okayed the science in the following excerpt, which may or may not make the final cut of the book, but will probably teach you about CRISPR and other awesome innovations.

“Do you know what CRISPR is?” said Tom, the head of the stem cell lab. He pronounced it crisper, which made me think about my parents’ overstuffed refrigerator and/or the best potato chips.
“I do.” I swallowed and tried not to look obvious about it. Medicine teaches you not to show fear. Tom’s eyes were kind and steady on mine, but I’ve seen preceptors act super understanding to your face and then sabotage you with a substandard evaluation. “At least I understand the concept of cutting genetic code with ‘scissors’ made of clustered regularly interspaced short palindromic repeats.”
That’s another evaluation trick. If you can spout jargon immediately and correctly, they’re more likely to nod and leave you alone. I wasn’t getting the vibe that Tom was hostile—quite the opposite, actually—but I needed a good evaluation on this rotation, or Ottawa wouldn’t accept me and McGill might fail me, both of which would torpedo my career. 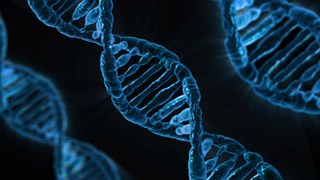 Tom rubbed his chin and gazed out his window. Of course, it was a sign of status that he had a corner office with a window, but I got the feeling that he would’ve hung out in a sun-free basement for decades as long as it meant he could research stem cells. I relaxed a smidgen. He said, “Do you know the back story? I wouldn’t expect you to, but it’s fascinating.”
I nodded and smiled. Yes, please. Tell me the story. If you get them talking while you ask intelligent questions, they recall you fondly on your evals, and there’s less of a chance you get tripped up on weird questions about DNA sequences.
He said, “Yoshizumi Ishino first noticed these repeating DNA sequences in E. Coli in 1987. They were separated by short unique clusters of DNA, which was strange, because repeated DNA usually appears consecutively.”
My mind was already ping-ponging around. E. Coli causes a lot of urinary tract infections and is therefore considered my personal enemy. But I tried to contribute to the conversation. “Yes, I listened to a podcast on it. They compared it to sounds. So the repeat DNA sequences sounds like”—oh, God, now I was going to have to do it. I honked. Tom stared at me while I honked like a duck, five times, my cheeks burning. “And the sequences in between are all different. Like…” I honked, made an eee! sound, honked, oohed, honked, clicked, honked, oinked, honked, and meowed.
Tom stared at me. “I have never heard it explained it that way before. Which podcast was this?”
“Radiolab.” My friend Tori had sent me the link. Thank you, Tori. “They had better sounds, of course.”
“No, I like yours. I’m going to use that in my next lecture. That should wake ’em up.”
“I’ll send you the link.” I don’t know if I’ve ever been more embarrassed in a professional lab. But I could also tell I’d won him over within the first hour of arrival, which boded much better for me getting a stellar reference letter. I resisted the urge to cross my fingers.
“Did they also explain what CRISPR does?” 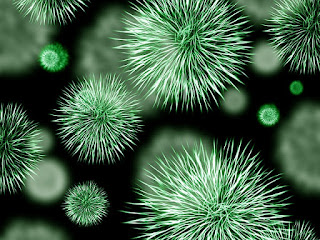 “They said CRISPR was like a mug shot of the bacteria’s enemy viruses. Like, when a virus attacks, the bacteria send out the ground troops of their immune system, but most of the troops die”—just like marines. Just like Tucker and I almost did—“and so do the bacteria. But if the bacteria survive, their enzymes cut the viral DNA up and then store short sequences—the CRISPR—interspersed with their own DNA. That way, they can carry around mug shots, or most-wanted ID’s, of the viruses that almost killed them. So if they ever run into the same viruses again, they can ID them right away from the CRISPR and send out targeted forces to vanquish them, in the form of enzymes that will slice up the viral DNA.” Faster than cutting off a zombie’s head during the upcoming apocalypse, I wanted to add, but didn’t. He already thought I was weird enough.
There were a lot of problems with my explanation. It was super basic. I wasn’t talking about B-cells or T-cells because Radiolab hadn’t. I couldn’t even talk intelligently about RNA. I was sketching the surface. If he asked me to dig deeper, I was pretty much toast. At least I got to sneak in the word “vanquish.”
“That’s pretty good,” said Tom, drawing his eyebrows together and pursing his lips. I couldn’t tell which way he was going, i.e. if he liked my explanation because it was understandable, or if it pained him because it was too low brow. “Did they talk about Cas?”
“Not so much, but I know they’re the enzymes that do the actual cutting.” On of the online science articles, a commentator had lamented that Cas9 and other enzymes do all the work, but CRISPR gets all the credit. Another commenter said that CRISPR had the sexier name. They were a team, though. CRISPR identifies the bad guys, and then Cas9 or another enzyme will step up and do the slice and dice. Like a sheriff and an executioner, although I don’t know the legal or immune system well enough to give a proper analogy.
“And do you know how CRISPR and Cas are revolutionizing research?”
My turn not to grimace. He was a tougher customer than I thought. “I know that this technique is faster, cheaper, and more precise way to cut a gene sequence than we’ve ever had before. I know that once you cut out the sequence you don’t want, all you have to do is plant another sequence you do want, and the bacteria will help mend it by replacing the bad sequence, so the media is already fantasizing about designer babies. I know that zinc finger nuclease and transcription activator-like effector nucleases can handle longer DNA sequences, but they’re slower and less likely to work.”
“And knockout mice?”
I was starting to sweat. I’ve never worked with mice. It’s a miracle I ever got into medical school. Luckily, Tori had told me a little about her research with mice whose genes that have been disabled, or knocked out. “You used to have to inject altered DNA from embryonic stem cells and hope that they’d get incorporated through homologous recombination.” He didn’t blink. Using jargon didn’t impress him. I guess, for him, it was about as jaw-dropping as an ingrown toenail was to me. Damn 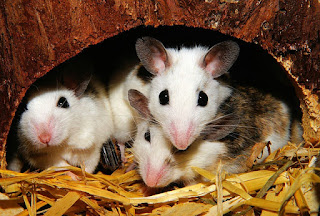 it. “The mice that successfully incorporated the altered DNA were called chimeras. Then you’d hope that the chimeras would breed and make more mutant DNA, so by the third generation, maybe you’d get a mouse with both copies of the mutant allele. But with CRISPR/Cas9, the system edits the gene right away, and the first generation has the mutation.”

Tom smiled. “Why stop with one mutant gene? We could do five at the same time. CRISPR is also the best cross-species technique so far. We used to confine ourselves to mice, rats, fruit flies, zebra fish, and C. elegans, but right now, I’m waiting to see if there’s a species that CRISPR doesn’t work in.” 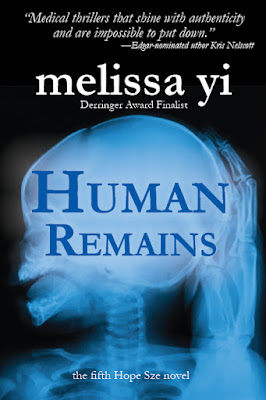 I hesitated, checking his eyes to see if my explanation was good enough. I held my breath, praying that he wouldn’t ask what C. elegans was. Dear Supreme Being, should you happen to exist and care to hear my pleas, if Tom doesn’t ask me about C. elegans, I promise I’ll look it up later.
He high fived me. “Good enough! You’re the first person who ever honked at me to explain CRISPR.”
I sighed, a mix of relief and despair, while he reached for the doorknob of the pale wooden door behind his desk. It opened directly into his lab. He said, “That’s great. You’re going to fit in here just fine.”
He waited for me to enter, so I did, and he said to my back, “You’ll have to tell me about the dead body another time, though.”

There you have it. I am officially daring to be bad. I'm posting the opening chapter of Human Remains on my website as well.