Police say he was BOTH! 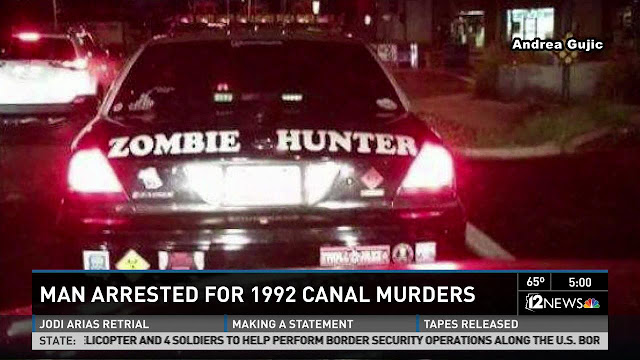 67-year-old retired police detective Leo Speliopoulos was called to a crime scene in 2015.  Cold case investigators had cracked a case that had baffled and frustrated Speliopoulos for over two decades, -- a case that had alarmed Phoenix residents, afraid that a serial killer was stalking and stabbing women around the Arizona Canal, which winds like a spangled snake throughout the Valley of the Sun. 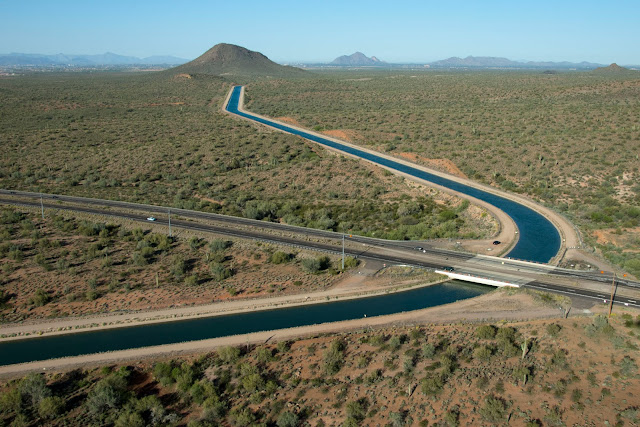 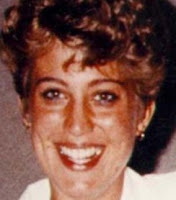 In 1992, 22-year-old Angela Brosso (left) had graduated from college in Los Angeles.  She took a job with Phoenix electronics firm Syntellect and moved in with her boyfriend.  In an interview, later, her mother, Linda, described Angela as "A force," adding, "...her father said she changed the nature of a room when she entered it.  And it's true, you know? She really did."

Sadly, one November evening, that year, not long after moving to Phoenix, miss Brosso went for a bike ride.  Her decapitated body was found near 25th avenue and Cactus road in Phoenix a short time later.


Eleven days after that, somebody spotted her head, stuck in a grate, in the Arizona Canal.

About ten months later, in September of 1993, Melanie Bernas, a 17-year-old Arcadia High School student, disappeared on a bike ride along the Arizona Canal.  (There are some very nice bike paths along the top of the bank.)

Her corpse was found, bobbing, near where the canal passes beneath I-17 a little north of Dunlap Avenue.  She had been stabbed and sexually assaulted.

Friends described her as a high-achiever who planned to become a doctor. Her death prevented her from completing slated visits to both Berkley and Pepperdine.

Police are pretty cagey about the forensic evidence in the case, worried they might taint a future jury pool, but it's a pretty good bet that DNA, reportedly found on both bodies, was what originally tied the two murders together.  And, there is no doubt it's the smoking gun that led to an arrest in 2015.

In the early 90's, the level of science used to work with DNA had not been developed enough to help in the right way. Police interviewed hundreds of potential suspects, and possible witnesses, but drew a blank when it came to the killer's identity.

Back in 1993, Bryan Patrick Miller was just one name among hundreds, which police received in tips.  The Phoenix PD Cold Case Homicide Unit didn't sit around eating doughnuts for twenty years, however.  They revisited the case hundreds of times, amassing so much evidence that an entire file cabinet was turned over to that case alone.  They even enlisted the aid of an organization of forensics experts called the Vidocq Society.

Vidocq gave investigators a probable profile of the perpetrator, suggesting a man who still lived in the area and had probably been involved in precursor crimes, possibly even setting fires.

Vidocq suggested he would be a man who acted out his fantasies.  And, a man who had probably crossed paths with investigators before. 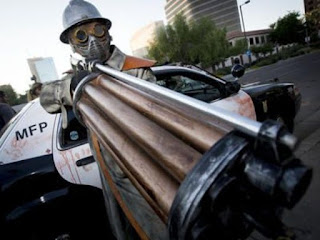 From among the list of hundreds of names, Phoenix Police tagged 42-year-old Bryan Patrick Miller, who often went by the name "Zombie Hunter."

Miller had been arrested in 1990 for stabbing a woman in Paradise Valley Mall.  The then-juvenile Miller had said the woman reminded him of his mother.

Miller had also been tried and acquitted of stabbing a woman in Washington state in 2002. He evidently moved there, not long after the murder of Melanie Burnas.

Melissa Ruiz-Ramirez says she was walking in Everett Washington when Miller offered her a ride. Later, he took her to work so she could use his phone, according to Ruiz-Ramirez, and he stabbed her. Miller beat the rap by claiming she had asked him for money, then tried to stab him when he refused. He claimed he had wrestled the knife away from her and turned the tables on his assailant.  The jury believed him.  Consequently, his DNA was not entered into CODIS, a national databank of DNA from convicted felons.

Now, however, he was back in Phoenix, driving around in a decommissioned police car that he festooned with yellow caution lights and painted "Zombie Hunter" on.  He reportedly called himself "The Arizona Zombie Killer," and offered the car and himself for hire to those planning Zombie themed activities.  He was also a regular at Comicon and Zombie Walks.

Police won't disclose how they obtained his DNA, but they arrested Miller because his DNA was on both bodies, and they can't figure out any other way it could have gotten there.  They also refuse to disclose many of the items removed from his property when they served the search warrant, fearing they may taint witnesses or jurors.  When local media tried to gain access to the warrant report, Superior Court Judge Michael W. Kemp shot them down, writing:  "Some of the items seized would be perceived as extremely alarming and evidence of guilt."

Meanwhile, police are investigating Miller's possible involvement in the killing of two more young women in The Valley, including one who was selling Girl Scout cookies at the time of her death.