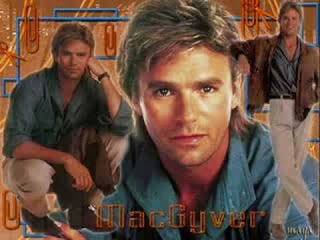 There are a lot of upsetting things in the news these days, so I decided to focus on one item that might be considered newsworthy (at least in some quarters) that also strikes me as a bit whimsical.  And, I'll begin by asking a question.

Which plot line would you be more likely to believe, or to find more realistic:

A.  A sort of secret agent-like guy tries to save the world from bad guys by using no weapons but his brain, often figuring out how to escape the place they've got him locked into, each episode.

B.  An alien. who looks human, tries to save the world, or universe, from bad guys (guys, creatures, other aliens -- take your pick), by using no weapons, and primarily by figuring out some technical puzzle.  He often uses a sonic screwdriver to escape some place they've locked him into, each episode.

To me, the television show MacGyver is largely described by (A) above, while the BBC series Dr. Who comes in under (B).  Recently, I realized they bear a remarkable resemblance (imho)--except that everyone in MacGyver is supposed to be human (I think), and Dr. Who tends to travel through both time and space.

I would never have considered this idea were it not for an ad I recently saw, which indicated a new MacGyver series is soon coming out.  My first response was laughter.  Why, I asked myself, would they resurrect MacGyver?   Turning to my wife, I quipped, "I always thought the difference between MacGyver and Dr. Who was that Dr. Who was more believable.  After all, he's a Time Lord!"

It was only after I said this, that I realized what me think it was sort of true:  MacGyver and Dr. Who do have enough in common, the former might almost be considered a reworking of the latter.

Hot on the heels of this realization, came the question: How would I write a new version of the MacGyver plot line if I wanted to lend added verisimilitude?  Particularly in this day of technological wonder.  I mean, I always found it hard to believe that any human could be so intimately steeped in such disparate knowledge as MacGyver was.  The guy seemed to have a PhD in physics, chemistry, electronics, mechanical engineering, hydraulic engineering, etc.

Why is this hard for me to buy?

Well, my dad had a PhD and taught Civil Engineering at ASU when I was a kid (later becoming Chairman of the department there, before moving on to become Dean of Engineering at the U of Akron, finishing as Provost and V.P. of the University there), while my sister earned a PhD in Vertebrate Paleontology at Berkeley, so I have some inkling of the long years required to add a PhD to your belt.  Meanwhile, my brother (whom my dad taught to program computers when he was only 7 years old -- decades before personal computers ever came out), and whom his friends claim reminds them of the character "Sheldon" on the Big Bang Theory, feels quite comfortable discussing theoretical physics, string theory or the mathematics behind quantum mechanics, but is more lost than I am when looking at a car engine.  And I'm VERY lost when looking at an engine.  I run rings around him, when it comes to construction work.  And, anyone who hired either of us to make even slight repairs to the simplest farm machinery needs his/her head examined.

In short, it seems to me that it takes years to gather a very focused technical or scientific knowledge, and that those who can explain electronic theory on the quantum level are seldom those who can hook up a home entertainment system, let alone rewire or reconfigure some electronic/mechanical contraption invented by a bad guy.  So, how to make a person who CAN do such things believable?

After long thought, I decided the answer would have to lie in the inherent intelligence of this person, and his/her early childhood learning, coupled with intensive collegiate experience.  The person in question would not only have to be brilliant, s/he would have to feel a deep, driving need to learn not just why some things worked, but why and how EACH and EVERY thing worked -- not just on the physical level, but also on the theoretical level.

I finally decided I'd set the child's birth around 1990, making him/her in their late twenties -- a good age for catching young viewers, as well as placing the character in a generation that would slip almost naturally into our current computerized society.  To appeal to young males, I'd want an attractive female on the show, and to appeal to young females I'd want that female character to be in a lead position.  So, why not turn the previously male MacGyver into a late-twenties woman?

A good looking woman at that.  Brunettes seem to be in vogue in Hollywood, so -- being the contrarian that I am -- I decided I'd make her a blonde.  A brilliant blond haired woman.  (No comma on purpose; read it either way you want, or just pick the way you like it best.) 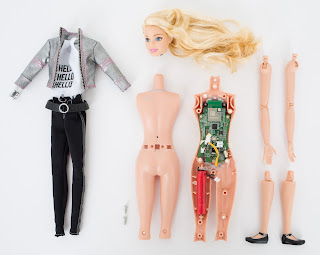 But, wait.  Let's back up.  Let's start her off where she can gain those early childhood experiences she needs.  How about making her an Iowa farm girl, a little blonde tomboy who runs with the pack of boys at school, usually beating them in foot races, often isolated by her peers for so easily acing her exams?  At home, she tags along with her father in the fields, particularly relishing those long hours spent tearing down and rebuilding older farm machinery and vehicles in the barn-cum-garage.  Her mother, a woman who bakes cookies for the PTA, but is enough of a feminist to support the idea that her daughter can become anything she wants, still can't help lamenting that the only times the girl plays with her barbies, is to remove their limbs, trading them for her brother's muscular GI Joe limbs, while keeping Barbie's thin torso and blonde head.  The mother is at first horrified to discover that her daughter made alterations to her sewing machine, in order to sew custom clothing designed to fit Barbie's new physique.  Later, mom decides this may provide an opening for mother-daughter bonding at the sewing machine, or when examining the chemistry-side of successful cooking.

Now, we've got a good beginning.  She's getting a hands-on education in the intricacies of machinery, while picking up theory along the way, constructing a foundation for further scientific study through her math and science classes in high school.

From there, we can move her on to the study of Physics and Mathematics at a major university.  While physics isn't the be-all end-all of the knowledge she'd need as a new MacGyver, a deep knowledge of physics and advanced math would provide a firm understanding of the underpinnings of molecular chemistry, as well as the forces at work in engineering.

But, she's only about 26 years old.  How can we provide her with that added wealth of scientific knowledge she needs?

My idea?  Let's give it to her in high school.

Imagine our young genius, stuck in an Iowa public high school.  She's not a people person; she's a person focused on THINGS: how and why things work -- down to the sub-atomic level, because she can't understand why atoms and molecules don't just fall apart.  What holds them together?

Shunned by many boys because of her physical abilities, she also lacks popularity among girls due to her focus on things instead of people or style.  She wants to know why her clothing stays together, for instance, not why or how to make it look better.  She doesn't care if her socks match; she wants to know what elastic properties keep those socks up, and why those properties work -- what makes them tick.  These thoughts won't let her sleep.  She gets little rest at night, staying up late doing ... WHAT?

Well, here comes the mechanism for her broad knowledge base.  She gets a part-time job, after school, working in a mechanic's shop.  There she excels, while learning even more about a wider range of vehicles and farm machinery.  At night, she spends this money by enrolling (under false identities -- she's learned to hack, but never steals money, only the information she needs to enroll) in university courses.  Thus, by the time she earns her PhD in Physics, she's also earned masters and bachelors degrees in many other fields.

Could a person actually do this online?  I suspect not.  But, one thing I've come to realize over the past few years is that presenting a reader with a truly possible scenario is sometimes less important to a story than presenting a reader with an excuse to accept the verisimilitude of such a scenario.  In other words, readers sometimes just need an excuse to suspend their disbelief one step further, when reading a fiction story.  My idea is that Miss MacGyver's nocturnal online education provides that excuse, helping to make the entire idea more plausible.  Or, at least encouraging the reader to agree that, "Okay, I'll buy into this idea.  She learned all that extra stuff online, as a genius, because her over-active inquisitive brain wouldn't let her sleep.  And, she paid for it by working as a mechanic, since she's worked on complex engines since she was knee-high to a grasshopper."

Does this idea make sense?  You tell me.  Would you be willing to buy it in a fiction story?

So, in my imagination, this is how we wind up with our new Miss MacGyver.

In our current earth-conscience society (particularly among today's youth -- our primary TV target audience), how can we "green-up" Miss MacGyver.  I have an idea. 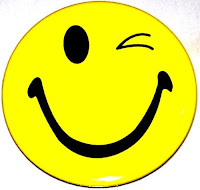 Why don't we rechristen her: Miss MacGaia?

Well, I hope you've enjoyed this post, maybe gotten a few morning chuckles.  Or, maybe it made you consider how you'd recast something, adding an excuse to help readers make that leap of faith that might lend added verisimilitude in their minds.