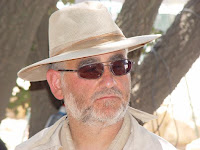 There is probably not much point to this piece except some information about how the mind of a writer works as compared to that of, say, a normal person.  But here goes.

A while back I had a dream in which a crime was committed.  What the crime was, I do not recall, but a detective was called in. I don't know if he was supposed to be a cop, a P.I. or an amateur sleuth, but he dressed - and spoke - like a British gentleman from the 1920s. And the wealthy owner of the house obviously knew him.  "Thank heavens you've come!"

The detective was cheerfully casual.  "Oh, you know me.  Any bell is the captain's!"

At which point I woke up.  Then I grabbed for the pen and notebook which - like many authors - I keep next to my bed for just such an emergency.  I wrote down: Any bell is the captain's? I should explain that based on the tone my detective used, this was clearly an old saying or catchphrase.  The sort of quotation you don't bother to put in quotation marks, because everyone knows it's a quote.  All's well that ends well.  You can't win them all.  Any bell is the captain's!

Of course I went to the web and searched for the phrase.  No luck.  I asked friends about it without explaining why.  One thought it was from old sea movies.  Maybe so, but I can't find any evidence to that effect.

So I told some people the context (if I can use such a word for that dream scrap).  We wound up with two possible meanings.

* Because of my rank I can pick any assignment I want.  The captain answers any bell he chooses.

* I treat every request as the highest priority.  I answer every call as if it is from the captain.

Which are nicely contradictory, aren't they?  Perhaps some night I will return to that dream and ask the smug twit what the hell he was talking about.  In the mean time don't be surprised if that phrase shows up in one of my stories.  And sweet dreams.