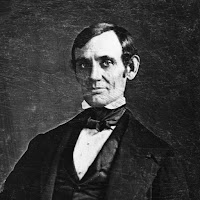 Abe Lincoln: rail splitter, a riverboat crewman, an inventor, a country lawyer, a congressman, a poet, a president, the great emancipator… and murder mystery author.

Tomorrow is Presidents Day in celebration of our great presidents, Abraham Lincoln (12th Feb), George Washington (22nd Feb), and in some states, Thomas Jefferson (13th Apr). To honor them, SleuthSayers brings you a murder mystery written by our 16th president. (Bet you didn’t see that coming.)

We normally picture the lawyerish Lincoln involved in contracts and torts, bailments and agreements, the dry essence of civil law. The man also practised criminal law. He’s particularly recognized for winning what became known as the Almanac Case, in which he looked up the position of the moon in lunar tables to discredit a witness. 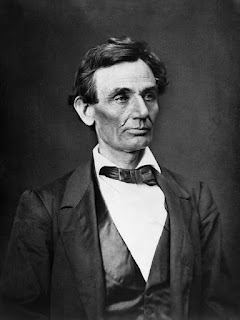 Earlier, Lincoln wrote “A Remarkable Case of Arrest for Murder” back when he was still a country lawyer. To be candid, it’s not a murder mystery in the expected sense, but based upon an actual 1841 case in which Lincoln defended one of three brothers accused of murder.

His client didn’t pay him, so Honest Abe monetized the experience in a different way… by selling a story about it. Fortunately, he went on to other pursuits and the rest, as they say, is history.

Unlike traditional murder mysteries, the story doesn’t contain the customary dénouement. It’s written as a puzzling happenstance without a true resolution.

Some contend Wilkie Collins’ charming 1873 novella, The Dead Alive (a.k.a John Jago’s Ghost) suggests a solution for Lincoln’s story, but in fact Collins based his tale on another American true crime story known as the Boorn Brothers murder case.


Now, from the Presidential of the United States…

A Remarkable Case of Arrest for Murder


In the year 1841, there resided, at different points in the State of Illinois, three brothers by the name of Trailor. Their Christian names were William, Henry and Archibald. Archibald resided at Springfield, then as now the seat of Government of the State. He was a sober, retiring, and industrious man, of about thirty years of age; a carpenter by trade, and a bachelor, boarding with his partner in business — a Mr. Myers. Henry, a year or two older, was a man of like retiring and industrious habits; had a family, and resided with it on a farm, at Clary’s Grove, about twenty miles distant from Springfield in a north-westerly direction. — William, still older, and with similar habits, resided on a farm in Warren county, distant from Springfield something more than a hundred miles in the same north-westerly direction. He was a widower, with several children.
In the neighborhood of William’s residence, there was, and had been for several years, a man by the name of Fisher, who was somewhat above the age of fifty; had no family, and no settled home; but who boarded and lodged a while here and a while there, with persons for whom he did little jobs of work. His habits were remarkably economical, so that an impression got about that he had accumulated a considerable amount of money.
In the latter part of May, in the year mentioned, William formed the purpose of visiting his brothers at Clary’s Grove and Springfield; and Fisher, at the time having his temporary residence at his house, resolved to accompany him. They set out together in a buggy with a single horse. On Sunday evening they reached Henry’s residence, and stayed over night. On Monday morning, being the first Monday of June, they started on to Springfield, Henry accompanying them on horseback. They reached town about noon, met Archibald, went with him to his boarding house, and there took up their lodgings for the time they should remain.
After dinner, the three Trailors and Fisher left the boarding house in company, for the avowed purpose of spending the evening together in looking about the town. At supper, the Trailors had all returned, but Fisher was missing, and some inquiry was made about him. After supper, the Trailors went out professedly in search of him. One by one they returned, the last coming in after late tea time, and each stating that he had been unable to discover anything of Fisher.
The next day, both before and after breakfast, they went professedly in search again, and returned at noon, still unsuccessful. Dinner again being had, William and Henry expressed a determination to give up the search, and start for their homes. This was remonstrated against by some of the boarders about the house, on the ground that Fisher was somewhere in the vicinity, and would be left without any conveyance, as he and William had come in the same buggy. The remonstrance was disregarded, and they departed for their homes respectively.
Up to this time, the knowledge of Fisher’s mysterious disappearance had spread very little beyond the few boarders at Myers’, and excited no considerable interest. After the lapse of three or four days, Henry returned to Springfield, for the ostensible purpose of making further search for Fisher. Procuring some of the boarders, he, together with them and Archibald, spent another day in ineffectual search, when it was again abandoned, and he returned home.
No general interest was yet excited.
On the Friday, week after Fisher’s disappearance, the Postmaster at Springfield received a letter from the Postmaster nearest William’s residence, in Warren county, stating that William had returned home without Fisher, and was saying, rather boastfully, that Fisher was dead, and had willed him his money, and that he had got about fifteen hundred dollars by it. The letter further stated that William’s story and conduct seemed strange, and desired the Postmaster at Springfield to ascertain and write what was the truth in the matter.
The Postmaster at Springfield made the letter public, and at once, excitement became universal and intense. Springfield, at that time, had a population of about 3 500, with a city organization. The Attorney General of the State resided there. A purpose was forthwith formed to ferret out the mystery, in putting which into execution, the Mayor of the city and the Attorney General took the lead. To make search for, and, if possible, find the body of the man supposed to be murdered, was resolved on as the first step.
In pursuance of this, men were formed into large parties, and marched abreast, in all directions, so as to let no inch of ground in the vicinity remain unsearched. Examinations were made of cellars, wells, and pits of all descriptions, where it was thought possible the body might be concealed. All the fresh, or tolerably fresh graves in the graveyard, were pried into, and dead horses and dead dogs were disinterred, where, in some instances, they had been buried by their partial masters.
This search, as has appeared, commenced on Friday. It continued until Saturday afternoon without success, when it was determined to dispatch officers to arrest William and Henry, at their residences, respectively. The officers started on Sunday morning; meanwhile, the search for the body was continued, and rumors got afloat of the Trailors having passed, at different times and places, several gold pieces, which were readily supposed to have belonged to Fisher.
On Monday, the officers sent for Henry, having arrested him, arrived with him. The Mayor and Attorney Gen’l took charge of him, and set their wits to work to elicit a discovery from him. He denied, and denied, and persisted in denying. 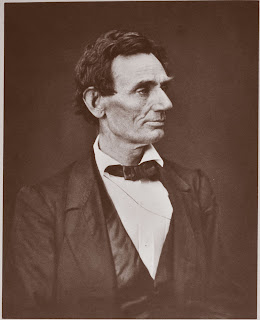