I have, for some reason, been writing a lot of Western stories lately. They're still suspense stories, I suppose, and they certainly contain a fair amount of lawbreaking and wrongdoing. Let's call them historical crime fiction.

I've also been watching a lot of Westerns, but that's nothing unusual. I of course love the classics--Shane, High Noon, The Searchers, Unforgiven, Once Upon a Time in the West, Lonesome Dove, The Wild Bunch, Dances With Wolves, The Magnificent Seven--but I've stumbled across a few new ones that I enjoyed as well. For those of you who like that kind of thing, here are five excellent Western films that came out fairly recently. The one I liked best is listed first, down to the one I liked the least--but I thought all of them were well done. 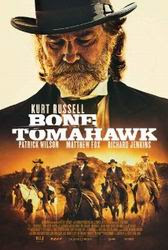 1. The Salvation (2014) -- This is an action-packed, revenge-driven movie filmed in (believe it or not) South Africa, and starring actors from France, England, Wales, Sweden, Scotland, the U.S., South Africa, Germany, and Spain. Last but not least, the director, lead actor, and most of the crew were all from Denmark. Featured are Jeffrey Dean Morgan, Sir Jonathan Pryce, and an extremely spooky Eva Green. Directed by Kristian Levring.

2. Bone Tomahawk (2015) -- The plot in a nutshell: four men from the frontier town of Bright Hope set out to rescue a woman kidnapped by a cannibalistic Indian tribe. The cast includes Kurt Russell, Matthew Fox, Patrick Wilson, David Arquette, and Richard Jenkins. Authentic and ultra-violent (the villains here would give Hannibal Lecter nightmares), and filmed in California. Written and directed by S. Craig Zahler.

3. Tracker (2010) -- An overlooked and visually stunning movie with British actor Ray Winstone in the title role. Filmed entirely in New Zealand, it's a story of the evolving relationship between a hunter and the man he's hunting, and features a truly satisfying twist ending. Directed by Ian Sharp. (Not to be confused with The Tracker, an Australian film from 2002.) 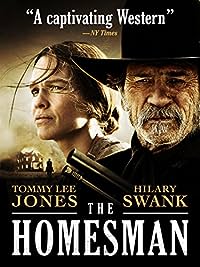 4. The Homesman (2014) -- If there is such a thing, this is a "literary" Western. A great performance by Tommy Lee Jones, as a drifter rescued from the hangman's noose by pious widow Hilary Swank and then hired to escort her and a wagonload of insane women to an institution run by, of all people, Meryl Streep. (How could this movie not be good?) Jones also directed and co-wrote. Filmed in New Mexico.

5. Mystery Road (2013) -- The only present-day Western in this list, with the bleakest setting I've ever seen and an almost unknown cast. The only actors I recognized were Hugo Weaving and Jack Thompson, and they aren't exactly household names. The plot: a detective returns to his home in the Outback to investigate the murder of a young girl. Filmed in Australia and directed by Ivan Sen.


That's it. Let's hear it for horse opera, both here and abroad. Now, back to reading and watching mysteries…
Posted by John Floyd at 00:01