Fleetingly we will skirt Georgia before our southerly run continues down the State of Alabama, through Birmingham, and then just east of Monroeville, where Harper Lee still resides.

You never understand a person until you consider things from his point of view . . . until you climb into his skin and walk around in it.

Before I can live with other folks I’ve got to live with myself. The one thing that doesn’t abide by majority rule is a person’s conscience.

Harper Lee
To Kill a Mockingbird

One month ago I drove south through the State of Alabama, and as always I thought of Harper Lee when we passed just east of Monroeville, her Alabama refuge for most of her life and the model for the Alabama town of Maycomb, in which To Kill a Mockingbird and Go Set a Watchman take place. It was while I was in Alabama last year that it was announced that Go Set a Watchman, a book that took most of us completely by surprise, would be published. And now this year, during our annual month in Alabama, Harper Lee has passed.  Tomorrow we leave.  But again this year I have spent a lot of time here thinking about Harper Lee, her two books, and what they teach us about Alabama. 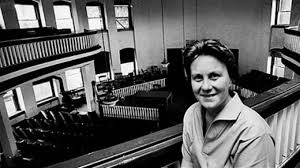 Harper Lee rarely gave interviews. But in one of the few that she did give she had this to say back in 1964:


I would like . . . to do one thing, and I’ve never spoken much about it because it’s such a personal thing. I would like to leave some record of the kind of life that existed in a very small world.

All told Harper Lee left us only two novels -- To Kill a Mockingbird and Go Set a Watchman. Publication of the latter volume was the catalyst for a lot of criticism. That criticism, both literary and ad hominem, is familiar to most readers and need not be regurgitated here. But I would argue (in fact, I have argued) that the two volumes, comprising virtually all of Harper Lee’s literary output, tell us a lot about Harper Lee’s Alabama, and much of what she tells us remains true today. 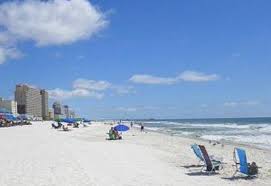 For most of my life I never set foot in Alabama. But in each of the last five years my wife and I have spent the month of February in the State, hunkered down in a rented condominium in Gulf Shores overlooking the warm waters of the Gulf of Mexico. We first made this trip at the urging of my wife’s sisters, who had already discovered Gulf Shores, which is convenient to their Midwest homes. They were hardly alone in this discovery -- the stretch of South Alabama has become a flocking ground for so-called “snowbirds,” since it offers a very reasonable retreat from the weather extremes that roll across the nation several hundred miles to the north. This small strip of Alabama shoreline is not as warm as Florida, but is more reasonably priced, enticing us northerners to trade a few degrees of warmth for several dollars of savings.

So, what’s not to like?  Well, there is that little problem of history and its imprints.

The United States has a large footprint, and its many regions have spawned many sub cultures, some of which tend to divide us. So I will admit that when my wife and I first considered re-locating here for the month of February I approached the possibility with a significant degree of historical trepidation. I grew up in St. Louis, Missouri, which certainly is not the liberal bastion of my present home in Washington, D.C. But even in St. Louis, in the 1950s and 1960s of my childhood, Alabama was a place we looked at uncomprehendingly and, well, a bit aghast. From afar we watched the civil rights marches and riots on our television news.  We watched George Wallace’s defiant confrontation with Federal marshals as he attempted to block the doorway to the registrar’s office on the steps of the University of Alabama.

All of this had an effect. It was easy -- very easy -- to conclude that while we were far from perfect, these angry folks digging in their heels against racial equality were still uncomfortably different from us. We couldn't figure them out and, indeed, we really did not want to.  My father, I remember, vowed never to set foot in the state. Mississippi either. But today we are talking Alabama.

All of this was pretty deeply ingrained in me that first time, five years ago, that I drove south to Alabama. But just as life presents many faces, so, too, does Alabama. Driving south down Interstate 65 the occasional Confederate flag flying by the side of the highway was, in each case, both a confirmation of what I already expected and also off-putting. In contrast, the people we encountered were uniformly charming, gracious and inviting. Alabama’s stories, like all of ours, are complex.

On our first trip to Gulf Shores I wandered into a liquor store on West Beach Boulevard to purchase some scotch. There were no large bottles of Dewars, my favorite brand, on display and I asked the manager if he had any in the back. Shaking his head he apologized, telling me that their stock was a bit low since February was still off season. Then, smiling, he told me to just pick up two smaller bottles and he would knock a few bucks off. Wow, I thought. Never had that happen before. When I brought the two bottles up to checkout the manager pulled a bottle of single malt scotch from under the counter. “This is my favorite,” he said. He then produced two glasses, poured a finger in each, and handed one to me. I picked up the proffered glass and, at 10:30 in the morning we sipped scotch together and talked about the weather and good places to purchase seafood. When I finally got back to the car my wife, waiting patiently inside, asked where I had been for such a long time. “Drinking scotch with my new best friend,” I replied. 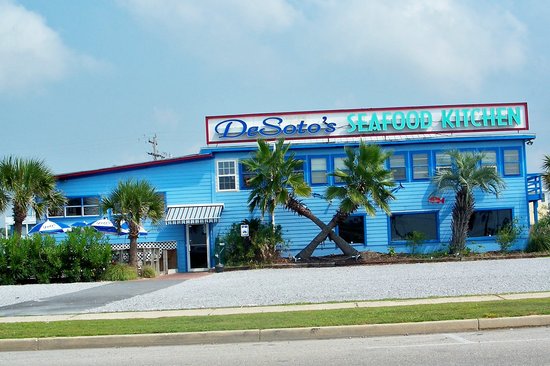 But then there is this:  On that same trip one evening we went to dinner at DeSoto’s Seafood Kitchen, a Gulf Shores restaurant popular for its southern charm and local fare. As we ate our dinner we became aware of a woman seated at a nearby table.  Indeed, she couldn't be ignored.  In a voice loud enough to make clear that her words were intended to reach beyond her immediate dinner party we (and many others) heard the following harangue:  “Things have gotten so bad,” she hectored, for all to hear, “that in Washington they went and passed a secret Constitutional amendment making it legal for a black man from Kenya to be president.”

Each of these stories is Alabama.

For years now I have enjoyed the warmth of the sun and of the people here in Gulf Shores. Everyone is uniformly friendly. Smiles abound. But just as Sherlock Holmes famously observed in the context of the dog that did not bark in the night, we need to pay attention to what is present and also to what may be absent.  I never noticed this at first, but it eventually struck me that in all of the restaurants, supermarkets, pharmacies, fish markets, liquor stores and souvenir shops that I have visited in and around Gulf Shores over the years all of the employees that I recall encountering have been Caucasian. Just like in that Sherlock Holmes story, when you recognize the absence, well, it can tell you a lot.  And that is yet another Alabama story.

As noted at the outset of this piece, Harper Lee was subjected to a good deal of criticism last year when Go Tell a Watchman was published. Many critics could not abide the contrasting portrayals of Atticus Finch that Lee’s two books offered up. How can we square the paragon of Mockingbird with the segregationist of Watchman? Like Alabama, the answer to that question is complex.

The two Harper Lee passages at the top of this piece illustrate the dual, and at times conflicting perspectives that the author brought to her life view and to her writing. She balanced the competing tasks of understanding those around her while at the same time judging those characters, and herself, by her own conscience. While some have been critical of Watchman, and its portrayal of Atticus, it seems to me that we need both books to understand Harper Lee and her complicated verdict on Alabama.

It is Mockingbird that allows us to understand the conscience of Atticus, what Harper Lee identified as “the one thing that doesn’t abide by majority rule.” But it is Watchman that reminds us that for all of this Atticus was still a son of Alabama. As Harper Lee explained, you cannot understand anyone, even Atticus, “until you climb into his skin and walk around in it.” Climbing into that skin is Watchman. Abiding by your own conscience is To Kill a Mockingbird. Both are Atticus and both are Alabama. Harper Lee could understand, and love without condoning.

In the wake of Harper Lee's death the statistical website FiveThirtyEight posted an article this week summarizing the historical demographics of Harper Lee’s town, Monroeville.  The article concluded that little there has really changed over the years.  The 1930s, when Mockingbird was set, appears to be not all that different from the the 1960s, when the novel was published, and not all that different from today. I have never visited Monroeville.  But this sure sounds like Alabama. History leaves footprints, and they sometimes wash away very slowly.

Just after the prophet Isaiah uttered the words “go set a watchman” he continued with these: “Let him declare what he seeth.” That is what Harper Lee did when she wrote about Alabama.  And that is what she said she would do in that 1964 interview.
Posted by Dale Andrews at 00:01