The War on Anarchism


by Eve Fisher
Naturally I have been thinking about the Paris attacks, and my conclusions are that the terrorists' goals were:

(1) to inflict significant random casualties, causing as much terror and disruption as they can (terrorists always like to see people afraid).
(2) subvert the entire refugee process, hopefully ending it, so that all potential refugees will "know" that they can't escape, and will submit to them.
(3) make the name of Islam stink in the nostrils of the West (our own politicians and media are already helping spread the word that 'all Muslims are terrorists'), again to remove hope from all those in the Middle East who want them destroyed.
(4) to financially bankrupt the West as we attempt to destroy an idea militarily.
(5) to morally bankrupt the West as we subvert our own values in the name of freedom and the War On Terrorism. 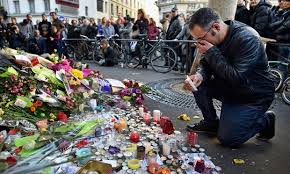 First reaction: Damn them. Damn all anarchists /terrorists/ bombers/ fanatics, of every religion, of every creed, of every political persuasion, past, present and future, who always prefer to see frightened children, weeping families, and dead bodies than have anyone escape their cultish claws...

Second reaction:  Screw them.  Spit in their eye.  Get out and enjoy life.  "But terrorists may sneak into the United States!"  Sneak in?  We've got them, we've had them, and we can also grow them ourselves.  In 1901, anarchists killed United States President McKinley; there have been lynchings, murders, and church burnings perpetrated against blacks since before the Civil War, and sadly, it's still occurring; in 1995, Timothy McVeigh blew up the Murrah building; of course 9/11; and just in 2015, here at home, there have been 290 deaths from mass shootings by our own fellow citizens. Seriously, if we weren't afraid a week ago, there's no reason to be afraid now.

The problem with a war on terrorism is, of course, that it's actually a war on an idea, and ideas never die. But, when they become overwhelmingly popular and attractive, they can easily, rapidly lead to mass violence and murder. Now, before you go off and say, "see, I told you!"  The other side of ideas is that people can change their minds, and an idea that seemed absolutely universally true can become relegated to something abhorrent, or quaint, or completely unimportant.


Examples:  the divine right of kings, infant damnation, the geocentric solar system, the subjection of women, the general inferiority of other races (common in Europe, China,
and Japan), the mercantilist theory of economics, and the hugely popular notion that war is the normal condition between any two countries. 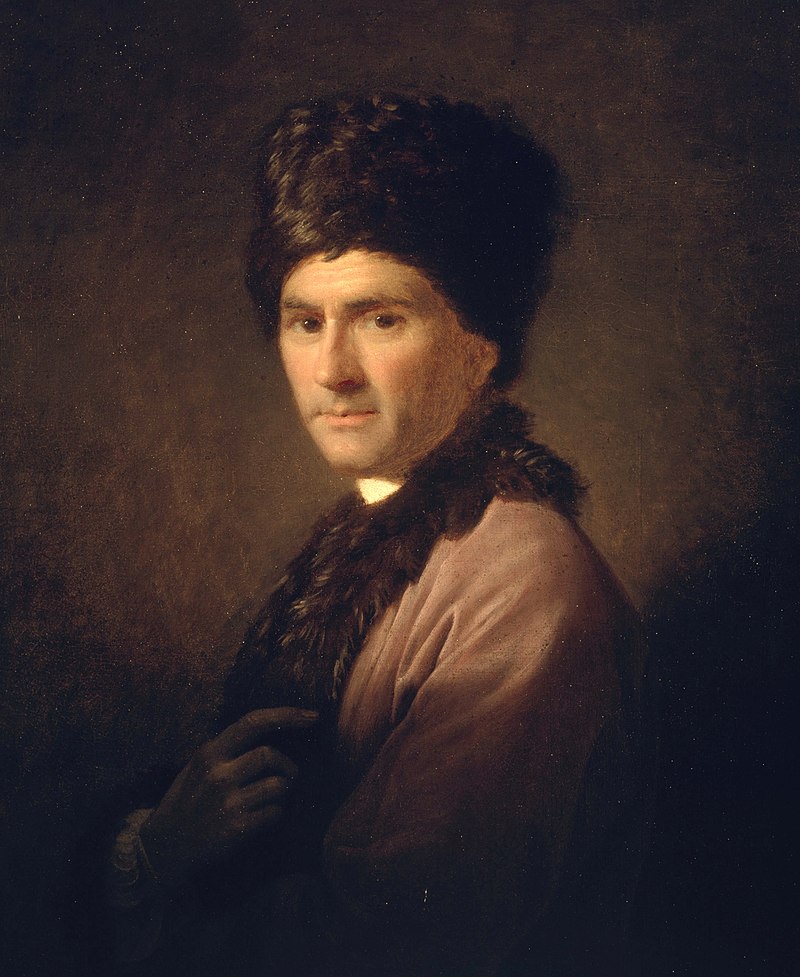 Anarchism was one of those ideas.  The idea really caught on in the late 1700s, during the Enlightenment, when Jean Jacques Rousseau, my least favorite philosopher, wrote a number of works that, among other things, claimed that private property was the root of all evil, and that uncorrupted morals prevailed in the state of nature that [supposedly] existed before government came along. In his work The Social Contract, he said "The larger the state, the less liberty".  (Yes, Thomas Jefferson read Rousseau - EVERYONE read Rousseau, from Robespierre to Bolivar to Ho Chi Minh, which, imho, is part of the problem.) Small, city-states were ideal, in which [only] men exercised their freedom on election day. Now here's where Rousseau put an edge on the blade: he believed that the majority would always be right; and therefore the minority must be "forced to be free", i.e., obey the majority. And if they continue to rebel, kill them.

The Gilded Age was Grover Nordquist's wet dream: no income tax, no unions, no minimum wage, no regulations on industry, and government's only role was to collect foreign tariffs and defend our borders.  It was a time of huge economic inequality. From 1860 to 1900, the wealthiest 2% of American households owned more than a third of the nation's wealth, and the top 10% owned 75% of it.  There wasn't much left for the rest.  And the most popular philosophies among the upper classes said that was the way it should be:  Herbert Spencer's Social Darwinism applied survival of the fittest to people and nations, making the poor simply lazy and unfit, while William Graham Sumner's push for a totally laissez-faire economy (What Social Classes Owe to Each Other, 1884) assured everyone that assistance to the poor only weakens their ability to survive in society.

Meanwhile, it was a bad time to be one of the 90%.  The urban tenements in the north were horrendous (Read Jacob Riis' 1890 How the Other Half Lives:  Studies Among the Tenements of New York) and the mines and sharecropping in the south barely kept the workers alive.  Blacks in the South were stripped of the political power and voting rights they'd [briefly] had during Reconstruction, and were barely able to get any job.  The attempts to form labor unions - which fought for 8 hour days, safety regulations (the United States had one of the highest accident rates in the world, with no compensation for the injured/dead), abolition of child labor, etc. - were fought savagely by the owners of railroads, mines, factories, who hired police and private protection to stop them by any means necessary.  At least twice, under Hayes and Cleveland, the President sent in the U. S. Army to break up strikes.

Now the anarchists weren't the only ones challenging the status quo, but they got the most press because they were the most violent.  They didn't just talk about destroying the state.  Thanks to the invention of dynamite, they worked at physically destroying it.  They bombed public places, killing innocent civilians.  They assassinated some very important figures.  Some of the more notorious examples are:

(There were many more.  Please note that all of these were done before cell phones, twitter, or any other form of social media.)

And then there were the assassinations:

So, what was the reaction to these 30 years of terror, bombings, and assassinations?  The following is patched together from Johann Hari's excellent article  "Blood Rage and History" in the September 22, 2011 Independent:   Terror, a crackdown on immigration, a "bonfire of civil liberties" - in 1920, after the Wall Street Bombing, Congress declared anarchism "un-American", and said anybody preaching it would be held responsible for "aiding" the attacks.  (This was the first time that an idea had ever been declared un-American.)  A wave of arrests and convictions of people who actually hadn't done anything but talk quickly followed.  (There were some protests, but not a lot.)  But Spain, Italy, and other countries were worse, "and the countries that had the harshest crackdowns ended up with the largest anarchist movements of all, while those that reacted calmly and kept their freedoms open saw the movements implode much faster." "From the 1920s on, the anarchist attacks began to dwindle, and by the late 1930s they were over. Why? What happened? Nobody is entirely sure – but most historians suggest a few factors. After the initial wave of state repression, civil liberties slowly advanced – undermining the anarchist claims. The indiscriminate attacks on ordinary civilians discredited anarchism in the eyes of the wider public: after a young man blew himself up in Greenwich Park in 1892, his coffin was stoned and attacked by working class people in the East End. The anarchists' own cruelty and excess slowly deprived them of recruits.

"But, just as importantly, many of the anarchist grievances were addressed by steady reforms. Trade unions were finally legalised, and many of their demands were achieved one by one: an eight-hour working day, greater safety protections, compensation for the injured. Work was no longer so barbaric – so the violent rejection of it faded away. The changes were nowhere near as radical as those demanded by the anarchists, but it stripped them of followers step-by-step."  Ibid, Hari.

Can this be applied today?  The simple answer is, yes.  Changes can be made that would address some of the Islamic extremist grievances - two suggestions Hari gives are to abolish torture (even if everyone else is doing it), get free of our oil addiction so we no longer have to be the hired guns for anyone with oil, starting with the house of Saud, which has been and is supporting, harboring, and financing Wahabism, Al Qaeda, the Taliban, and other extremist groups for years.  (See Charles Pierce's Esquire piece, There Is Only One Way to Defeat Isis , in which he says "As long as people are dying in Paris, nobody important is dying in Doha or Riyadh.")

Even more, though, we should address the fact that most jihadists are unemployed young men, both those who are home-grown Arabs and those who are recruited from Western cities around the world. Let's face facts: young men who are not employed and/or married and (for whatever reason) cannot become employed and/or married are dangerous.  They are restless, discontent, and prone to go off after anyone who will promise them what they want.


Two Notes:  (1) this holds true for our own home-grown malcontents, who are responsible for the majority of those 290 deaths in mass shootings and counting in the USA in 2015.  (2) The Middle East, China and India, have the highest levels of men to women sex ratios in the world, due to in utero sex selection, one-child policies, preference for boys, and (in the Middle East) guest workers.  Right now we're worried about Middle East men.  Some day, someone's going to have to deal with the 30 million [each] of Chinese and Indian men who will not only never be married, but never even be able to get a date.  [Yes, there's a reason for the horrific rise of gang-rapes in India.] Unless someone figures out a peaceful solution, we will be dealing with new terrorist groups, under new names, but will be as horrific as the others.  But more on that another time.

These young men have to be given hope, yes, but not just a vision of it (the extremists give them that), but actual practical things, like a job and a home and a family.  Seriously, this is the way terrorism has always been sparked and how it has always been quenched, from Roman times (read up on the Zealots some time) to the Anarchists.


"Instead of spending astronomical sums on arms, let us spend instead on roads, hospitals, schools, houses, businesses, to create jobs and so on. Instead of financing war, let us purchase peace." Girardian Jean Michel-Oughourlian, Psychopolitics, p. 23

Look it up.  And then go have a good dinner.