A while back at the pen we did an exercise which started off with the question, "Have you ever been falsely accused?"  We only had one guy who went off about the reason for his current incarceration, but by the time they get to an Alternatives to Violence Project (AVP) workshop, the inmates are generally up front about what they did, and sometimes even why.  But everyone could think of a time or two when they had been falsely accused - and presumed guilty - including me.

When I was a child, my mother operated under the assumption that I was getting into trouble, and she just hadn't caught me yet.  She would search my bedroom while I was at junior high.  She would never let me close the door.  And other things.  I lived on a very tight leash.  Thirty years later, she told me that she'd known that I'd been having sex with someone (before I was 14).  I told her the truth:  she was dead wrong.  (I don't think she believed me, even then.)  The truth was, I was a nearly straight-A student (except for gym class, where I always got "D"s), obedient out of fear, and an extremely quiet bookworm.  Over time, I did drink some - there was booze all over the place and (what the hell) nobody kept track of the levels.  I also did do some drugs - there were bottles of Darvon all over the place, and nobody kept track of those, either.  But both of those were survival tactics.  Sometimes you have to numb the pain.  And I left home as soon as I was old enough to survive on my own. 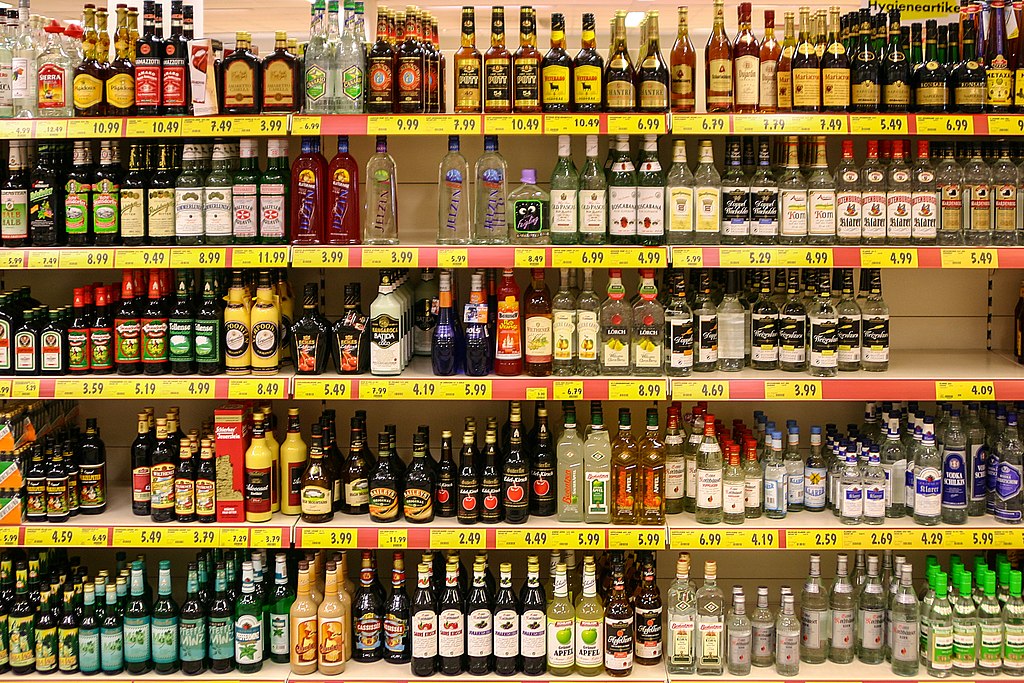 The thing is, I could never convince my mother that I wasn't doing what she thought I was doing.  I was presumed guilty - and that happens a lot, to a lot of people.  In my case, I was presumed guilty for two main reasons:
(1) She as an alcoholic, and alcoholics/addicts believe what they want.  Anything for another reason/excuse to have a drink.
(2) She had done what she suspected me of doing.  I didn't find that out until much later, until after she was dead, and her only brother filled me in on the secret parts of her life and their family life (alcoholism ran in the family for generations) that she had kept hidden for so long.

There's a lot of that around.  Presumed guilty.  Shifting guilt.  Projection.  Think of all the politicians and preachers who have been rabidly anti-homosexual or screaming about family values and then been caught with their pants down in a men's bathroom, sexting their interns, screwing hookers, or more recently, being outed in the Ashley Madison hack.  It's classic psychology:  people with guilty consciences accuse everyone around them of doing what they have done or long to do.  Especially if they're alcoholics/addicts (and you can get addicted to fame - look at the Donald).  Addiction makes the addict accuse everyone around them because it's an excellent way to deflect attention away from their own behavior.  Go on the offensive:  attack, so that the people around them end up defending themselves, apologizing, perhaps even profusely apologizing, begging, pleading, etc., while they go get another drink/hit/high.  And guilt can work exactly the same way.

We talk a lot about presumption of innocence - and thank God for that concept - but presumption of guilt is pretty high, from the personal to the international level.  The assumption that the kid from the wrong side of the tracks is going to be trouble.  That family is always bad news.  That THEY (neighbors/cousins/in-laws, etc.) will never change.

Internationally, that guy with the turban is dangerous.  THAT country is always going to be trouble. Everyone wants what we have, and will do anything to get it.  Thus, with the whole Iran thing: Iran must want nuclear weapons, be working towards nuclear weapons, be stopped from getting nuclear weapons, despite their endless denials of wanting nuclear weapons and despite the fact that they've never gotten them, even though they have the oil, the money, and the willing suppliers, and more of all three - for decades - than Pakistan or North Korea, who did get them.  But Iran is presumed guilty. Always.  Why?  Well,

(1) Perhaps because we have an old grudge against them, because of the 1970s hostage crisis.  (Of course, they've got one against us for when the British MI6 and the United States CIA toppled their democratically elected Prime Minister Mossadegh in 1953 and put in General Zahedi, who was a nasty piece of work.)

(2) Perhaps because we chose the other side in the current religious civil war.  In the Middle East, Iran and southern Iraq are Shia, and almost all the rest - Saudi Arabia, the Gulf Oil states in general, etc. - is Sunni, and nobody is giving up any time soon. BTW, ISIS is Sunni, too, so those who conflate Iran and ISIS are just plain ignorant.  (For a better understanding of what's going on in the Middle East, I recommend a study of the European Wars of Religion, 1524-1648, which were nasty, bloody, often more political than religious, and one big brutal mess.)

(3) And perhaps it's because we, the United States of America, have the largest arsenal of nuclear weapons in the world, and are the only country who has ever used nuclear weapons, and so we expect everyone to do as we did.  If they get the chance.  We did it, so everyone else must want to, too. We're constantly arming ourselves, so everyone else must want to, too.  Presumed guilty. 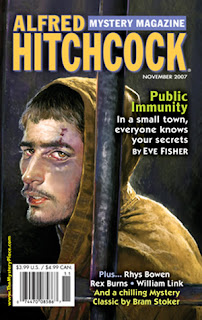 But back to the daily round, the common task.  Look around your neighborhood.  Or, if you've moved and don't know your neighbors, think back to your childhood.  Who was the kid who was blamed for everything, sometimes justly, and sometimes as a very handy scapegoat for whatever happened? Who was the family that everyone looked upon with disdain?  Who has been falsely accused of something they didn't do, and can never prove that they didn't?  Who has accused someone else?

I used this concept of presumption of guilt in "Public Immunity". In that story, everyone in Laskin comes to believe that Grant Tripp, the police officer who often narrates my stories, is guilty of killing Neil Inveig.  And they're going to give him a pass on it, because Inveig deserved it, and God knows Grant had good reasons.  And there is nothing Grant can do about it.  Because of people's determined beliefs about what happened one night, he can't explain/persuade/prove his innocence.  He is presumed guilty for the rest of his days...  It's a recurring (though not always obvious) theme with Grant, that he's stuck with a reputation as a killer that he will never be able to shake, because no one will ever talk about.  At least, not in front of him...

Presumed guilty.  God help Grant, and all like him.
Posted by Eve Fisher at 00:01

Email ThisBlogThis!Share to TwitterShare to FacebookShare to Pinterest
Labels: addiction, alcoholism, false accusation, guilt, innocence, presumption of guilt, wrong side of the tracks

As seems to happen often, Eve, you're there ahead of me--I'm just finishing a story with the theme of "presumed guilty" and "wrongly accused". Mine concerns a supposed crime among children. Congrats on your latest AHMM appearance! I'm looking forward to reading it. If it's as good as the last one I read, I'll probably end up shredding my attempt at the subject and going back to bed.

David, you're never going to have to shred anything. I can hardly wait to read yours. "Public Immunity" appeared back in Nov. 2007, and you can (if you'd like) read it here:
http://evefishermysteries.wikispaces.com/Public+Immunity

What a powerful set of reflections and insights! Thank you for sharing them. I only wish the general public awareness could be half as thoughtful, and that of politicians ... Well, if they could reason and contemplate things like this the world would not be in the situation it's in now.

Very interesting post, Eve. I will be thinking about it all day and more.

I somehow missed that "Public Immunity" had already been published--my very belated congrats, then. Thanks for the link, Eve; I'll let you know if my story ever gets published.

Brings back not-so-good memories. Twice as a kid I was presumed guilty by adults for something I didn't do. It frustrated me then and disappoints me now. Later as an adult, I got lucky. While it's not possible to prove a negative, I fortunately had a witness who could alibi me when I needed it.

Seem to recall North Korea was recently blamed for something that for once maybe they didn't do. It can happen.

I wasn't going to comment on the political aspect to your article, Eve, as I usually avoid discussing such things like the plague. But the Iran part has been troubling me. I do think it's worth remembering certain things when considering their status--the '78 take-over of our embassy and the subsequent imprisonment of the personnel there being one. We also lost a number of servicemen in the failed rescue attempt during that episode, which folks tend to forget. There's also the Marine Corp barracks bombing of '83 in which 241 marines were killed. In that attack a truck bomb driven by an Iranian sponsored Hezbollah terrorist was used. The marines were there as part of a UN peace-keeping force during the Lebanese Civil War. More recently, as many as 500 American deaths during the Iraq War have been attributed either directly, or indirectly, to Iranian intervention there. Death to America and Israel is chanted by thousands of Iranians, and their leaders, on a regular basis. I take them at their word. Perhaps its wrong to presume them guilty insofar as their nuclear aspirations go, but as we used to say in police work, they make good suspects.

I'm always impressed when people share a part of their personal story, like your mother's alcoholism. Brave stuff. I can't wait to read "Presumed Guilty"--both Eve and David's versions!