There are many mystery writer organizations around.

Here’re a few to keep in mind.


Mystery Writers of America aka MWA

The oldest American organization formed in 1945 is  most the well-known and in many eyes the most prestigious. Membership is open to published authors in the mystery field, including fiction, and fact books and stories, magazines and motion pictures. An associate membership, includes editors, agents, directors, booksellers and fans, all known as friends of mystery. Later the memberships were reclassified as “Active” for published writers. “Associate” for non-writers in the mystery field for editors, agents, booksellers, etc. and “Afilliate” for fans and unpublished writers.  MWA gives the Edgar Award each year and the nominees and recipients are chosen by a committee of peers and given at the annual Awards Banquet in New York each spring, usually in April. MWA has chapters all around the country. More information and how to join may be found at www.mysterywriters.org

Began by Private Eye author and Executive Director: Robert J. Randisi in 1982. Their purpose was defined to identify, promote, recognize and honor the writers who write books and stories featuring a private eye as the main character. PWA gives an award known as the Shamus and is given out each year at the PWA banquet during the Bouchercon event in the fall. The nominees and winners are chosen by a committee of peers. There are no chapters located around the country, all members belong to the National organization as either “Active” or “Associate” members. More information and how to join may be found at www.privateeyewriters.com

In 1986-87 this organization was discussed and organized by several women who had discovered women mystery writers were not reviewed as often or as well as their male counterpoints. Sara Paretsky was the major driving force, aided by Dorothy Salisbury Davis, Charlotte MacLeod, Nancy Pickard, and Susan Dunlap. The main goal of Sisters was to combat discrimination against women in the field of mystery, educate publishers and the public at large about the inequalities in the treatment of female authors. Along with that goal was to raise the awareness of the role of women writers and their contribution to the whole mystery genre. Many have asked why just for women? Actually, S-in-C has many talented men who are also members. In many ways the whole genre needed to be recognized as serious writing. People still today when they hear or know a woman is a mystery writer are asked “When are you going to write a “REAL book?” 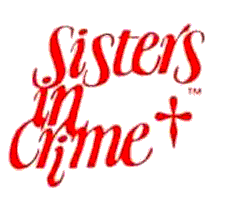 One major project for S-in-C has been to contact newspapers and magazines and ask them to publish more reviews of women authors. Progress has been made, but it’s still a man’s world. Sisters has also worked to assure that women authors are judged for mystery awards the same as men are. Sisters strive to be more educational that anything political. There are chapters all around the country and even international chapters. The national organization has published book guides to selling, to promotions and specifically for author signings. Sisters national organization generally meets at Malice Domestic in May and at Bouchercon in the fall.

More information and how to join may be found at www.sistersincrime.org

Other Organizations include: Thriller Writers of America and American Crime Writers League.
Posted by Jan Grape at 00:01

Great intro to three great organizations, Jan. Each one helpful to writers in their own ways.

What a perfect opening! Just have to mention: If you are a Canadian crime writer, or aspiring writer, the equivalent to MWA is Crime Writers of Canada, (of which I am the Executive Director!) CWC sponsors the Arthur Ellis Awards for Crime Writing in 8 categories. Contact me for more information.

Thanks Jan and Melodie!

Great organizations. I’m going to apply for Active PWA membership this month, and am working toward Active ITW and MWA memberships. (Someday!) I hadn’t heard of ACWL, thank you for mentioning them.

Another terrific group is the Short Mystery Fiction Society, which sponsors the annual Derringer Awards for excellence in short mysteries. SMFS is free to join and its 1,600 members include published and unpublished writers, readers, editors, publishers -- anyone who loves mysteries, especially short stories.

SMFS operates a Yahoo Groups online discussion forum, where you can join free. (Google: yahoo groups short mystery fiction) Once on the forum, members can read and post about all aspects of mysteries and, after a year’s membership, can nominate stories for the Derringer Awards and vote for their favorite finalists.

Melodie, thanks for mentioning CWA, they are another great organization for sure. They've been around for a long time also.
Peter, glad to hear you're planning to join PWA. I have enjoyed being a member for many years. And thanks for mentioning the Short Mystery Fiction Society. I knew about them but had forgotten. Do you have contact information?