A Cinderella Sleuth Story with a $5000 Prize 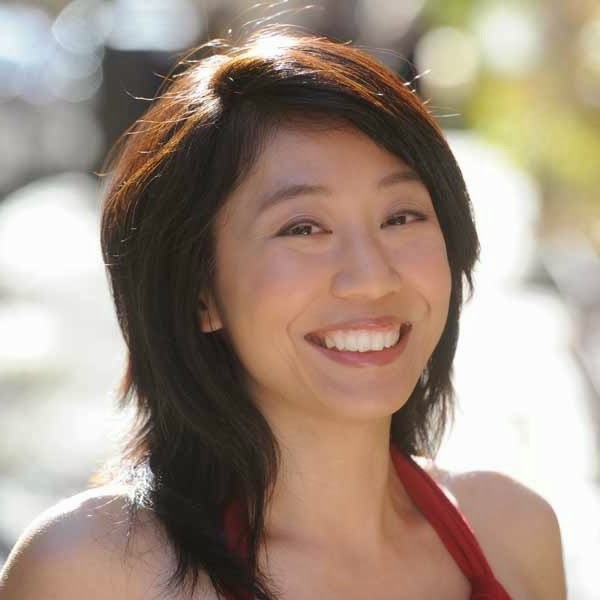 Once upon a time, in the 21st century, a poor student lived in Montreal’s mouse-infested apartments, tending to the sick at all hours of the day or night, while more senior physicians mocked her and tore her dreams to cinders. Until one day, our Cinderella doc discovered a body outside an operating theatre. (Code Blues)

The other practitioners fled in fear, and ordered her to leave the case to the constabulary, but Cinderdoc set upon her own quest to discover the killer. And verily, she did, and it was good.

Two Princes stepped forward to claim her, eyes glassy with admiration, but first a grieving mother (Notorious D.O.C.) and then an illusionist (Terminally Ill) pressed their cases upon Cinderdoc, beseeching her for help. And so Cinderdoc became CinderSleuth, incessantly healing the ill and investigating the lawless.

Once upon a time, a starry-eyed girl longed to become a writer, but her parents and the rest of society urged her toward the far-safer path of medical school. While dissecting cadavers, Melissa’s subconscious brain rebelled and she began spinning an award-winning tale about corpses and music.

During residency, she continued weaving fantastic fables about vampirish school girls, wizards, and psychic children. After graduation, between shifts in emergency medicine, she renamed her alter ego Melissa Yi and created Dr. Hope Sze, the resident doctor who could fight crime as well as disease.

Occasionally, Melissa’s stories appeared in periodicals and anthologies distributed across the Commonwealth. But still, Melissa toiled in the trenches, longing for a fairy godeditor to touch her with a magic wand.

As Melissa crouched over her laptop in despair, two new fairy godparents appeared. The first was nearly invisible, but spoke with a seductive voice and carried a fortune in her hands. She said, “Come with me, child. You no longer need a magic wand to transmit your stories around the globe. With the tap of your keyboard, you can release Hope to the world through the miracle of independent publishing.”

The second godparent read the Hope stories and nodded his head in approval. “Melissa, my name is Kobo. I would like to offer you a once-in-a-lifetime opportunity. We are hosting a ball to celebrate Princess Gillian Flynn. Would you like to write three psychological thriller tales in honour of her ascendant Gone Girl? Everyone who attends the ball and solves the riddles based on your stories may be awarded five thousand dollars.”

Melissa flew to the ball faster than a pumpkin coach could carry her, already formulating the stories in her mind.

Once upon a time, which is now: A sharp-eyed, sharp-witted reader could win a Kobo Aura H2O and five thousand dollars. The best part of any fairy tale is the happily ever after, and in this case, it could be yours!

Kobo is sponsoring the Going Going Gone contest, which features three Hope Sze Gone Fishing mystery short stories. Hope escaped the hospital to take her dad fishing on the Madawaska River for his birthday, only to discover that her own family might represent the most dangerous wildlife of all.

Download the stories for free (“Cain and Abel,” “Trouble and Strife,” and “Butcher’s Hook”), solve one riddle per story, and you could win five thousand dollars.

Readers are rarely rewarded and fêted in our society, let alone fiercely intelligent readers who can solve ten puzzles before breakfast. When Steve Steinbock introduced me to SleuthSayers, I told Kobo, “These are exactly the people we need to talk to.” Gigantic thanks to Velma and Leigh for fitting me in on a tight deadline.

Please feel free to share the link, to brainstorm solutions together, and of course to admire Kobo’s beautiful platform and their newest e-reader, the Aura H2O, which can be read underwater! What would you do with five thousand dollars?

P.S. I was going to title this blog Cinderella with Guns, for no good reason except I liked the idea of a Cinderella detective, armed and dangerous. Someone beat me to it!

Toronto, September 5, 2014 – When not one but two bestselling thrillers are turned into highly anticipated, soon-to-be-released films, it is an opportunity too good to miss.

In anticipation of the release of film adaptations of Gillian Flynn’s hit suspense novels Gone Girl and Dark Places, Kobo, a global leader in eReading, today launched ‘Going, Going, Gone’ – a thrilling new contest that will put readers’ sleuthing skills to the test. The six-week contest closes on October 10, one week after the release of Gone Girl on October 3.

Kicking off today, readers have the opportunity to channel their inner sleuth to solve puzzles by gathering clues found in three original short stories authored by acclaimed mystery writer Melissa Yi, available free of charge at the Kobo bookstore.

In the first story Cain and Abel, released today, readers are invited to go along for the ride when a camping weekend leads to much more drama – and distress – than desired.

Every two weeks, a new story will be released containing clues readers will use to figure out that story’s entry code. Three correct entry codes will enter readers into a contest for a chance to win a Kobo Aura H2O and $5,000 CAD.

“Blockbuster thrillers, such as Gillian Flynn’s Dark Places and Gone Girl, have always transported readers to new worlds. We’ve partnered on this exciting project with hot up-and-coming mystery writer Melissa Yi to take that idea to a whole new level,” said Robyn Baldwin, Marketing Manager, Kobo. “Booklovers will delve deeper than ever before into the kind of chilling mysteries that make the works of Gillian Flynn so incredibly popular—getting the chance to play detective in a fresh and exciting way.”

"It was wonderful to work with Kobo on such an imaginative contest," said Melissa Yi, Author. "I'm a huge fan of Gillian Flynn's work, so it's an honour to be able to connect with her books in such an innovative way. In the theatre, they talk about the fourth wall between the actors and the audience. As a writer, I feel like this contest breaks down the fourth wall between writers and the readers, so that the audience can dive into the stories — exploring and experiencing the mysteries for themselves."

Yi is a Southern Ontario-based thriller author and physician who channels her experiences as a medical doctor to write about everything from articles for the Medical Post to medical mysteries, suspense and romance novels. Her latest Hope Sze medical mystery, Terminally Ill, hit the Kobo Top 50 eBook List after Publishers Weekly hailed it as “entertaining and insightful.”

The first short story, Cain and Abel, is now available and can be read with a Kobo eReader or any of the company’s apps.

Rakuten Kobo Inc. is one of the world’s fastest-growing eReading services offering more than 4-million eBooks and magazines to millions of customers in 190 countries. Believing that consumers should have the freedom to read any book on any device, Kobo provides consumers with a choice when reading. Kobo offers an eReader for everyone with a wide variety of E Ink eReaders and Google-Certified Android tablets to suit any Reader’s style including the award-winning Kobo Touch™, Kobo Mini, Kobo Glo, Kobo Aura, Kobo Aura HD, Kobo Arc, Kobo Arc 7, Kobo Arc 7HD, Kobo Arc 10HD – and the newly launched Kobo Aura H2O. Along with the company’s free top-ranking eReading apps for Apple®, BlackBerry®, Android®, and Windows®, Kobo ensures the next great read is just a page-turn away. Headquartered in Toronto and owned by Tokyo-based Rakuten, Kobo eReaders can be found in major retail chains around the world. For more information, visit Kobo.com