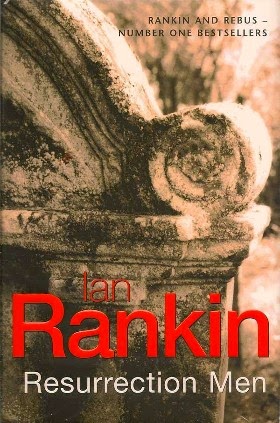 Ian Rankin published his thirteenth Inspector John Rebus novel, RESURRECTION MEN, in 2002. The story is about a group of cops in a rehab facility - sent down in disgrace because of alcohol or domestic violence issues, or they've fallen afoul of Internal Affairs - but being Rankin, the book is of course about a lot more than that. The title is double-edged, a turn of phrase with a dark history.


In the early 19th century, medical schools relied on the dead bodies of executed criminals for anatomy studies. It was illegal, in that day and age, to leave your body to science. but the supply began to dry up, and it gave rise to a trade in fresh cadavers, and the graves of the newly buried were dug up by body-snatchers, who sold the dead for necropsies. They were known as Resurrection Men. 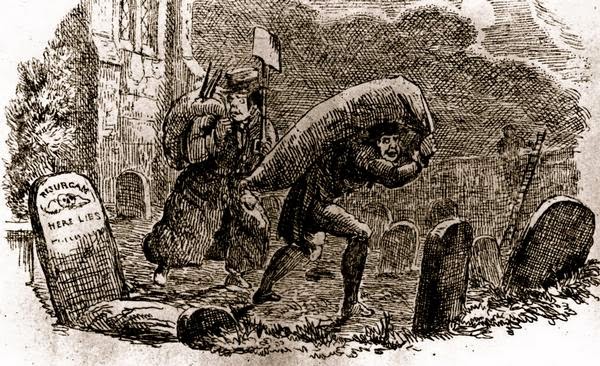 Two of these entrepreneurs, Burke and Hare, resident in Edinburgh in late 1827, improved their market share by skipping exhumation and turning to murder. Their victims were the derelict, the sickly, women of the street - people who wouldn't be missed. Over the course of the next year, they killed at least sixteen people, and shopped their corpses to a surgeon named Knox, to use in his anatomical lectures. How much Knox knew, or suspected, is an open question, but certainly he turned a blind eye. After they were caught, Hare turned King's Evidence, in return for immunity, and Burke was hanged. His body, as it happens, was then publicly dissected at the University of Edinburgh. Knox, the doctor, was never prosecuted.


"A wretch who isn't worth a farthing while alive," Sir Walter Scott remarked, "becomes a valuable article when knocked on the head and carried to an anatomist." Scott was being ironic about economies of scale, but as far as I know, he never used this incident as material. Dickens wasn't so shy. One of
his characters in A TALE OF TWO CITIES, Jerry Cruncher, is explicitly a grave-robber. And in 1884, Robert Louis Stevenson wrote a story called "The Body-Snatcher," which stops just short of naming Knox as a knowing accomplice. Stevenson's DR. 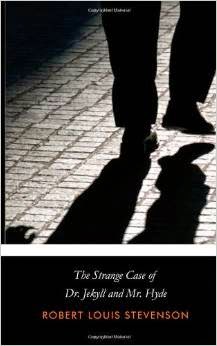 JEKYLL AND MR. HYDE is a reimagining of the Whitechapel murders, and there's been some conflation, in books and movies, of Burke and Hare's crimes with Jack the Ripper. The serial killer, as a figure of fear, is a mid-Victorian invention, I believe. Not that somebody might not claim many victims, but that he does it for the sick thrill.


Psychopathology wasn't well-understood, in the 1800's - the term didn't even come into general use until the early 20th century. One of the narrative engines of David Morrell's gripping recent novel, MURDER AS A FINE ART, which takes place in 1854 London, is the lack of any practical forensic approach, and the inability to process, let alone inhabit, the mindset of a serial murderer. It's not simply an unknown, but unimaginable, like an empty space on an old map, which simply states: Here Be Monsters. Burke and Hare took up their trade for the easy money, but the seeming 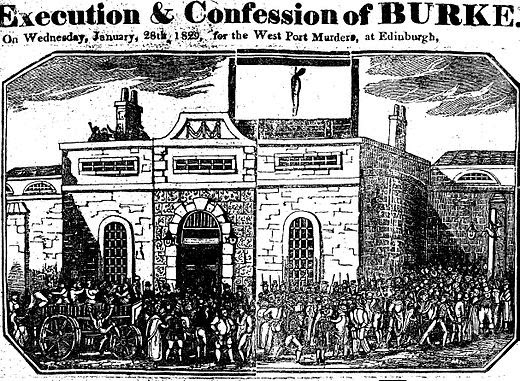 effortlessness of the murders gives you pause. They displayed no remorse. Burke, in fact, before he went to the scaffold, asked whether Dr. Knox would give him the five pounds he was owed for his last victim, so Burke could buy a new suit of clothes to be hanged in.

"To know my deed, 'twere best not to know myself," Macbeth says. Burke and Hare apparently avoided any kind of self-knowledge. They denied the humanity of the men and women, and at least one child, that they murdered, but did they deny their own? Neither one of them were crazy, so far as we know, although they were probably a few cards short of a full deck. They were paid five to ten pounds for each dead body they delivered. In today's numbers, between six and twelve hundred bucks. Not too shabby, if you're desecrating a grave in the wee hours, but for a capital crime? The odd thing about these guys is that they were very far from the pathology of the Ripper. There was actually nothing out of the ordinary about them. They were simply dumb enough to get caught.

Maybe that's the thing. It isn't that Burke and Hare live on in our imagination because they were criminal deviants who've evaded detection for 125 years - is the Ripper case solved? More, perhaps, 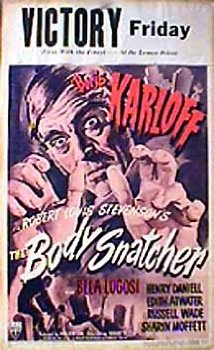 that Burke and Hare touched a popular nerve at the time, and that a writer like Dickens or Stevenson gives them shelf life. (Burke's skeleton is still on display at the Edinburgh Medical School.) No, the dread lies in the open grave.

Burke and Hare definitely scared the crap out of everyone in the 19th century, for many reasons, but among them the wide-spread fear of being buried alive. (Poe played on that over and over again.) Some people were so afraid they had bells and whistles set up in the grave so that if the worst happened, they could contact someone. And here come Burke and Hare, robbing graves, and finding you struggling to come back from near death and then killing you just as you were getting out of the grave... Nightmare city.

Wild coincidence, another name that lives in infamy, Dr. Crippen, was born on tomorrow's date in 1862---the same day as O. Henry!

John Dickson Carr wrote a radio play on the topic, which might just be his best with its twist ending. You can listen to 'The Body Snatchers' on-line.