You Know You're a Writer When...


by Melodie Campbell
Recently, I read something  that got me thinking.  (Okay, have your little laugh.  I can wait.)
The quote was: 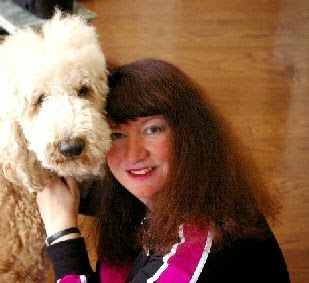 “A writer who isn’t writing is a monster.”

For the sake of all concerned (at least in this house,) I’m goin’ for the latter.

Which brings me to this little list.  If you are a writer, tick off the ones that apply to you and leave a comment below with the goods.  Or better still, add your own.  If you are not a writer, stand back.

You know you’re an author when:

1.    You’d rather spend time with your characters than your friends.

2.    You’ve been at the computer all day and Pepperidge Farm Goldfish seem like a major food group.

3.    Your spouse yells “Are you all right in there,” and you’re pretty sure you’ve heard that voice before.  Somewhere.

4.    Your idea of a vacation means hours and hours of time to write.  And nobody bugging you to “do something fun.”

5.    You reach for Glenlivit when the internet goes down.

6.    You could be arrested if the Feds look at your search history.

7.    You actually know the difference between less and fewer.  And consider it a hanging offense when people misuse them.

8.    You have been known to ignore phone calls from your mom, kids, husband, boss, and possibly God.

9.    Your idea of supreme hell is being trapped at a cocktail party for three hours with people who aren’t writers.

Excuse me now.  I have a lot of people to murder, and I’m behind.