Evidently it's now possible to control prosthetic limbs, or perform other tasks, simply by thinking.

In some cases, a person uses his/her mind to control muscles attached to sensors that control the prosthetic device.  This doesn't strike me as terribly earth-shattering, though, as I recall reading about such a system in at least one of Dick Francis' Sid Halley mysteries.

In more surprising cases, however, brain wave signals are transmitted to the prosthesis via a wireless connection attached to electrodes placed on the brain.  It seems that brain-wave controlled devices are now enabling some spine damaged Gulf War veterans to walk again -- on what appear to resemble robotic legs! -- while other vets are using their brains to control their wheelchairs.

And, in perhaps the most remarkable story, which I saw on CBS, a London company combined a device that detects brain waves (similar to an electroencephalograph) with a Google Glass.  A female reporter used the device, which looked rather like a misshapen plastic hair band, to trigger the camera on a Google Glass without speaking, or touching it. Essentially, she used her brain to snap a photo; all she had to do was: (1) wear the two devices, and (2) concentrate in a certain manner.


You can visit HERE or HERE for a couple of interesting YouTube videos about this sort of thing. The prosthetic arm in one of them has been nicknamed "Luke" because of it's seeming functional similarity to the artificial arm worn by the character Luke Skywalker in the Star Wars series.

These devices are still in a sort of trial phase, of course.  Nor do they necessarily tap directly into the user's brain, the way Luke Skywalker's fictional appendage might theoretically have done.

Yet, there seems to be no question that we're getting closer to physically tapping the connection between the application of motive force and pure thought.  The tale of the Six Million Dollar Man may become a non-fiction story in the not-too-distant future, as folks begin wearing prostheses controlled by the same brain waves that once controlled the limbs being replaced.  In short, people will be able to move a prosthetic limb just by thinking. 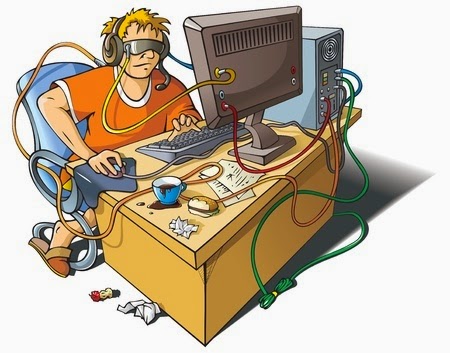 Which set me to thinking.

One day -- not too long from now, perhaps -- folks will almost certainly be able to write, just by thinking about what they want to say.

Their thoughts might be downloaded into their computers, the print showing up on the screen just as if they'd typed or dictated it.

Consider the impact computer usage has had on writing -- increasing the number of people willing to put thoughts into print for money.  How much would this impact be magnified, by the advent of brain-to-computer download writing

People who wouldn't have the patience to type a story on a typewriter, now find it easier to compete with us for scarce magazine space, due to the computer.  But, imagine the competition our writerly progeny will probably have to face . . . when every Tom, Dick and Martha can write a book or short story just by thinking it onto the page!

Of course, things might not really be that bad.

One difference between professional writers and those who simply write, is said to lie in editing. According to this idea, it's not the work of writing a first draft that makes someone a writer, but rather the willingness to follow through: to rewrite subsequent drafts until a writer finally produces something that truly elicits a response on the reader's part -- something truly professional.

Certainly, there are other differences between the professional writer and the writer who isn't truly professional, just as there are probably legions of writers who write a first draft, send it off unedited, and make the sale.  (Sad to say, I'm not among them.)

Somehow, though, I think the craft of writing, is what spells the difference.  Those who take the time to craft their writing -- handcraft it, if you will, the same way a master carpenter does his work -- those folks will continue to come out on top.

No matter how easy thinking words onto paper may become.

I have to admit, however, that I'd like to take this opportunity to craft something else today.  I'd like to find a new name for this technology.  A name that means "thinking the words into your computer." Or, instead, perhaps a word such as the imaginary "cogiscribe," which might be interpreted as "to think-write."

Who knows?  If we hit on the right word or phrase, Sleuth Sayers may earn a special place in our future lexicon.  So, what are your suggestions?