The talented Jenny Milchman is my guest on SleuthSayers while I'm off in Europe celebrating a big round birthday. See you in two weeks! Liz Zelvin

Jenny Milchman's debut novel, Cover of Snow, was chosen as an IndieNext and Target Pick and has been nominated for the Mary Higgins Clark Award. Jenny’s second novel, Ruin Falls, is coming out on April 22nd, and she will hit the road with her family on the second of her multi-month book tours. 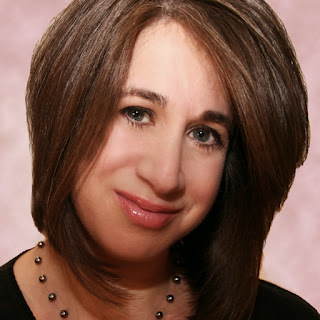 I was on the Vermont leg of my 7 month/35,000 mile book tour…Wait. Did I hook you with that mention of my uber long book tour? That’s actually a story for another post. But since we’re mostly crime writers here—some crime fighters, too—I figured the hook might be a concept worth demonstrating. I hope I was successful.

Anyway, at this terrific bookstore in Vermont, an audience member raised his hand and asked me if I ever scared myself while writing.

I tend to tell stories about other writers at book events. After all, if you do two hundred of them, you’d get pretty sick of just droning on about yourself. So when this man asked his question, I was reminded of what Stephen King said about Pet Semetary. Apparently when the master finished this novel, he had to put it in a drawer for a year because he had frightened himself so badly.

I can understand that. Pet Semetary provided some of my biggest scares to date, too. (And not, by the way, because of how creepy that cat on the cover was. What I think is truly terrifying about this book is its exploration of mortality. How far any of us would go to avoid it). 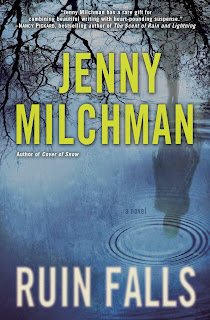 At the book event, I told the Stephen King story, but then I said that I have a very different experience while writing. And I think that the experience I have goes a long way toward explaining why crime fiction is such a popular genre.

I told the man at the bookstore that when I am writing a new novel, I am actually less scared than I am during non-writing times. That was a novel enough—pardon the pun—response that I knew I would have to dig a little deeper to be anything like satisfying.

This is what I came up with.

I think that I live with a lot of fear. On a regular, day-to-day basis, I would call myself a scared person. If I am standing on a subway platform, it won’t be the billboards, or the sickening smells of refuse and bodily secretions, or even that super cool subway poetry project that jumps out at me.

Instead it will be the swath of bright yellow paint above the tracks, and the blisters of concrete embedded in the paint in case someone is blind—or maybe just color blind—and requires texture to prevent his going over the platform and falling onto the third rail and dying.

Those are the kinds of thoughts that go through my mind when I am about to take a train. Except in my mind it won’t be an accidental tumble onto the tracks, because there will be something else on that platform. Someone else. A bad guy, in the vernacular of crime fiction.

If it’s not a subway platform, it’s a darkened movie theater. Or a play date.

I’m not kidding. The most benign experience can generate fear in my mind. The other day one of my kids got invited on a play date and the mom called and said, “I know we’ve never met, but if you are comfortable with it, we’d love to have your daughter come home with mine on the bus.”

Of course I have to be comfortable with it. What kind of crazy mom would say, “You may not realize it, but you just delivered exactly the kind of line a bad guy would say when he wants you to think that he isn’t a bad guy.”

I am less scared when I am writing a book, even though all sorts of malevolent things are going on, because there is a wonderful thing called an arc. The arc delivers a sense of satisfaction, of closure, so exhilarating that I breathe easier every day I am writing. Not because I’m all-powerful in the world of my novel—but because justice is. Things in crime fiction have a way of making sense, which real life too often doesn’t provide.

Remember that monster who pushed the tourist family from Utah onto the tracks? We never really learned why he did it. But subway platforms have scared me ever since. Must be time to start a new novel.
Posted by Elizabeth Zelvin at 00:01